German Chancellor Angela Merkel asked citizens Thursday to consider the strain that nurses and doctors are under as they care for a rising number of COVID-19 patients and help them by respecting social distancing and other rules over Easter.

Germany's disease control agency reported 24,300 newly confirmed cases in the past day, and 201 deaths. The head of the Robert Koch Institute has warned that the country is seeing a third surge in infections fueled by more contagious virus variants that have come to dominate the outbreak in Germany.

“There needs to be a quiet Easter festival,” Merkel said in a video address. “I urgently ask you to refrain from all non-urgent travel (and) that we all consistently follow the rules.” 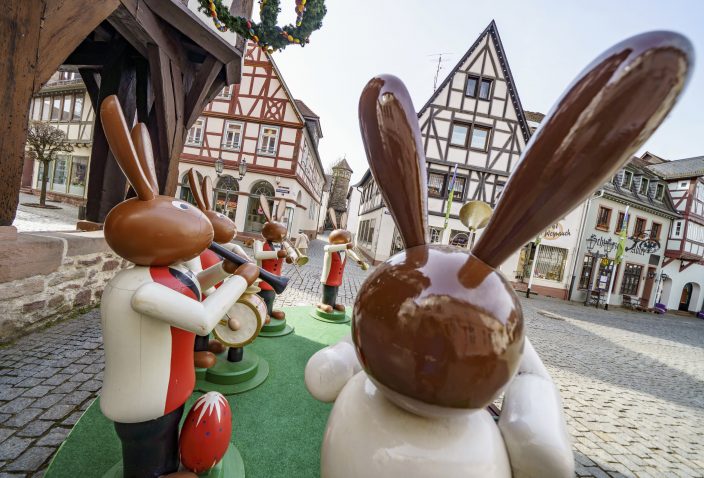 Human-sized wooden figures representing Easter bunnies playing music stand in front of Michelstadt's historic town hall, as they do every year, to spread Easter atmosphere in Michelstadt, Germany, Thursday, April 1, 2021. However, the popular meeting place in the heart of the town in the Odenwald was almost deserted on Thursday morning due to the pandemic. (Frank Rumpenhorstdpa via AP)

Germany has recorded more than 2.8 million COVID-19 cases and 76,543 deaths since the start of the outbreak, fewer than most other large European countries. But there has been frustration about the slow pace of its vaccination program, with only about 11.6% of the population having received at least one shot by Wednesday.

In contrast, Britain has given one vaccine shot to 46% of its people.

Merkel said she understood the disappointment felt by many Germans that they face celebrating another Easter without friends or family, but insisted that the vaccine campaign will pick up this month. 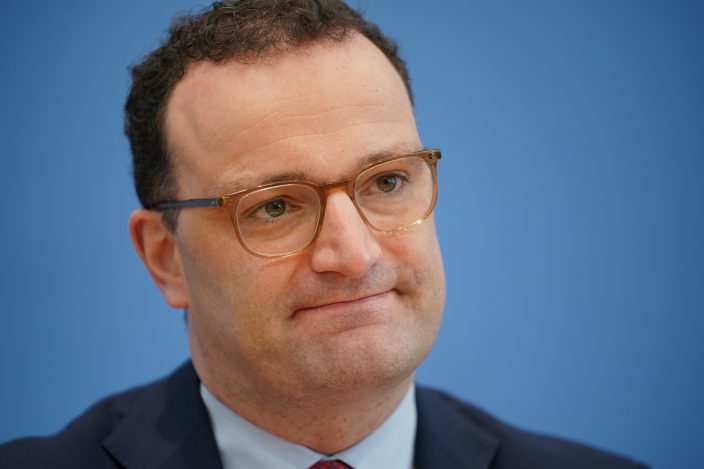 Health Minister Jens Spahn said routine vaccinations will begin in doctors' practices on Tuesday, with 35,000 GPs scheduled to receive 940,000 vaccine doses next week. He said that will rise to 3 million a week by the end of April. Until now, shots have mainly been administered in special vaccine centers and by mobile teams visiting nursing homes.

Germany expects to receive about 40 million vaccine doses during the second quarter. That includes millions of doses of the AstraZeneca shot, which Germany this week said should only routinely be given to people 60 and over amid concerns about possible rare blood clots.

German President Frank-Walter Steinmeier, who is 65, on Thursday chose to get inoculated with the AstraZeneca vaccine made by the British-Swedish company, which both the European Medicines Agency and the World Health Organization have said is safe. 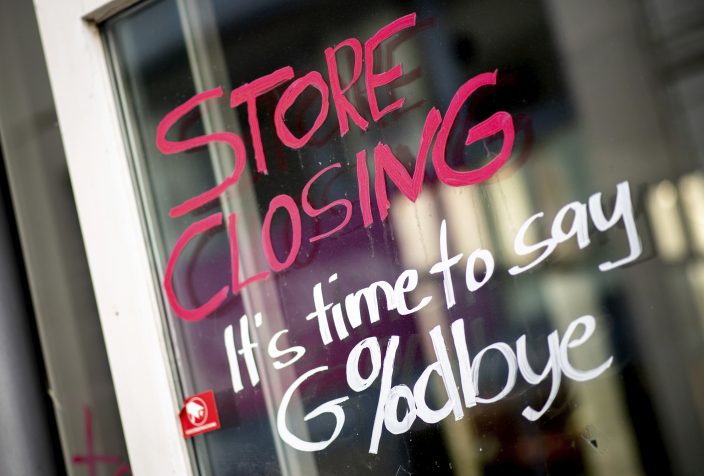 The words "Store Closing" and the addition "It's time to say Goodbye" with a percent sign are written on the window of a closed store in the city center in Oldenburg, Germany, Thursday, April 1, 2021. In view of sharply rising Corona infection figures, the German government has extended the lockdown in Germany until April 18, 2021. (Hauke-Christian Dittrichdpa via AP)

Merkel, who is 66, says she would be prepared to take the AstraZeneca vaccine. But it isn’t yet clear whether and when that might happen. 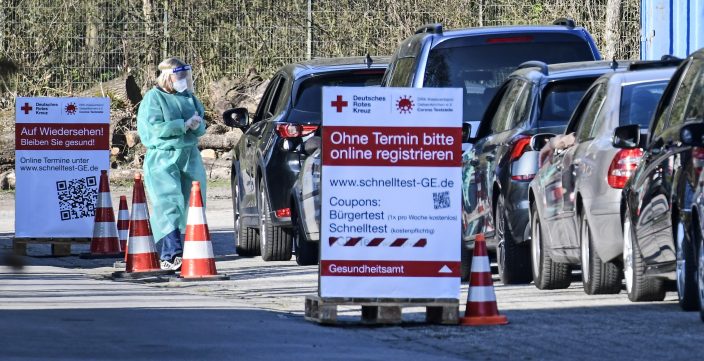 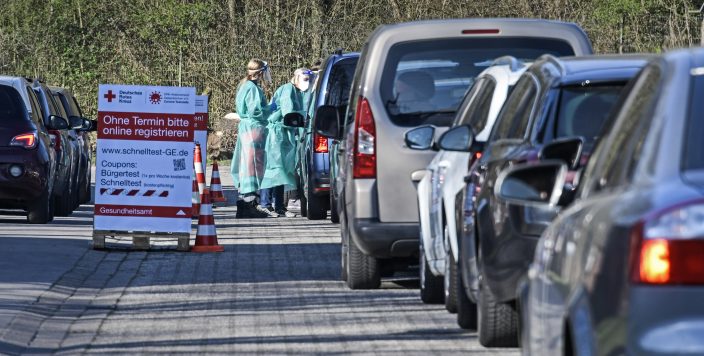 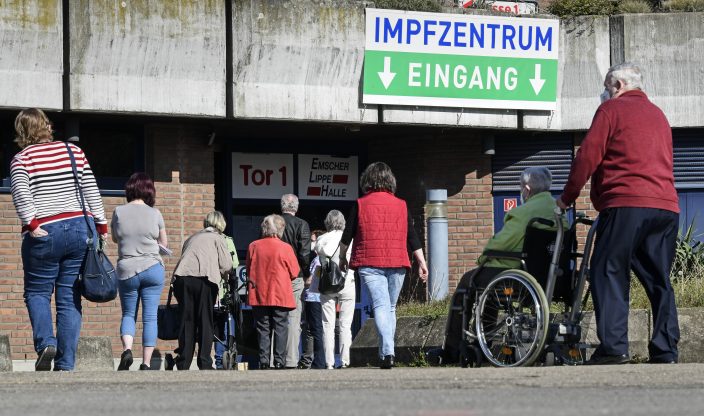 People wait in front of the vaccination center in Gelsenkirchen, Germany, Wednesday, March 31, 2021. German health officials have agreed to restrict the use of AstraZeneca's coronavirus vaccine in people under 60, amid fresh concern over unusual blood clots reported in a tiny number of those who received the shots. (AP PhotoMartin Meissner) 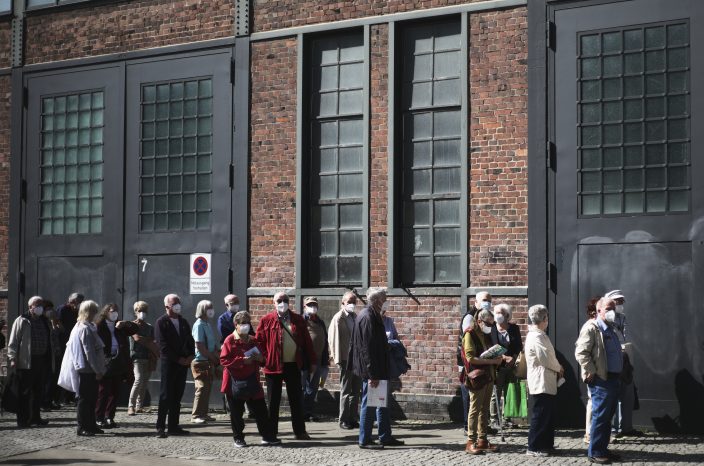 People line up in front of the vaccination center at the Arena Treptow in Berlin, Germany, Wednesday, March 31, 2021. This vaccination center in the German capital's Treptow district has used only the Pfizer vaccine since it was opened. German health officials agreed on Tuesday to restrict the use of AstraZeneca's vaccine in people under 60. (AP PhotoMarkus Schreiber) 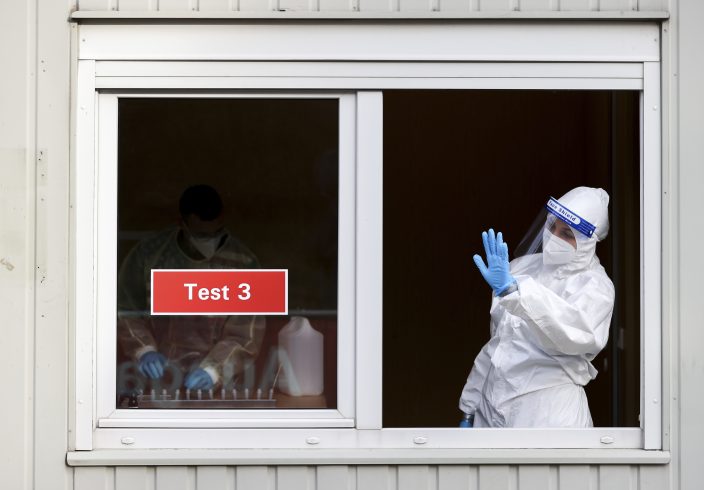 A woman in protective clothing beckons test takers to her window at a test center with the start of the model project in ugustusburg, Germany, Thursday, April 1, 2021. After five months of lockdown, hotels and restaurants here have reopened to private visitors. ( Jan Woitasdpa via AP)