Germany's president says the country is enduring a “crisis of trust” and urged people to “pull together” as they weather a second Easter amid pandemic restrictions and dissatisfaction over the government’s response.

In the text of an address to be broadcast Saturday, Frank-Walter Steinmeier conceded that “there were mistakes” regarding testing, digital solutions and vaccinations.

“Trust — in a democracy it rests on a very fragile understanding between citizens and the state: ‘You, state, do your part, I, citizen, do mine,’” he said. “I know that you, the citizens, are doing your part in this historic crisis. You have done much and you have gone without much.” 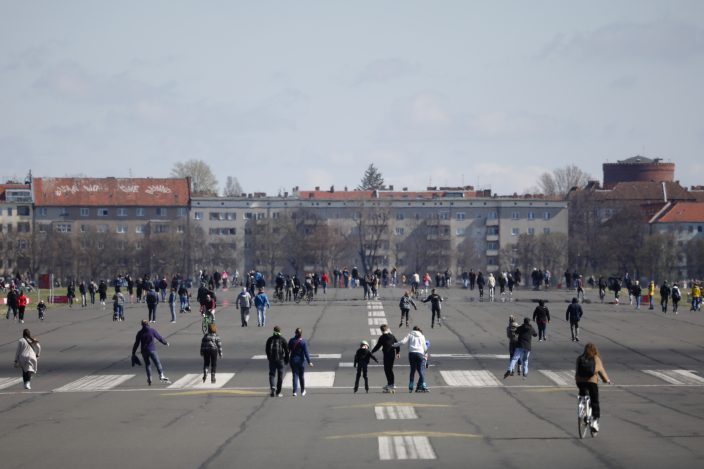 People walk on the runway of the former Tempelhof airport that is now a public park in Berlin, Germany, Friday, April 2, 2021. Due to the coronavirus pandemic only a limited number persons can meet together. (AP PhotoMarkus Schreiber)

“Your expectation for those in government is, ‘Get it together.’"

Steinmeier said the country had swung from self-satisfaction over lower infection numbers in the early stage of the pandemic to excessive pessimism today.

He urged Germans to “pull together” and put aside “constant indignation over others or over people in high places.” He said that vaccine deliveries would increase sharply in the coming weeks, Europe was building up its production capacities, and general practitioners would join the vaccination effort in addition to large vaccine centers.

“The truth is, we're not world champion, but we're not a failure either,” he said.

Germany, along with the European Union as a whole, has lagged behind the U.S. and the U.K. in the speed of its vaccination effort amid slower procurement of vaccines and complaints about excessive bureaucracy and paperwork. Poll numbers for Chancellor Angela Merkel's conservative party have slipped as the country faces a national election on Sept. 26. Merkel isn't running again.