On a day dominated by Valencia saying it felt threatened into resuming its interrupted game after an alleged racial insult, Atlético Madrid risks seeing its once-comfortable Spanish league lead cut to a point after losing to Sevilla.

Valencia stopped playing at Cádiz on Sunday and walked off the field before halftime after defender Mouctar Diakhaby said he was insulted by Cádiz defender Juan Cala.

Fourth-place Sevilla beat Atlético 1-0, opening the door for Barcelona to inch closer to the top with a win at home against relegation-threatened Valladolid on Monday. 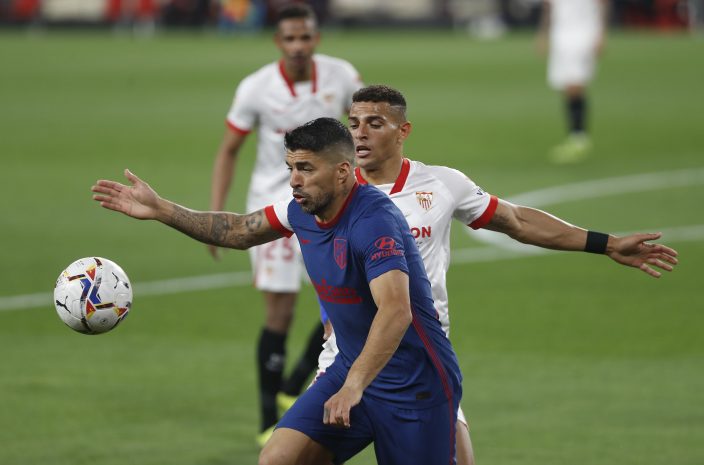 The loss left Diego Simeone's team only three points ahead of second-place Real Madrid, which on Saturday beat Eibar 2-0 to tighten the race for the title entering the final stretch.

Barcelona now depends on its own results to lift the trophy, as it will host Atlético in May. 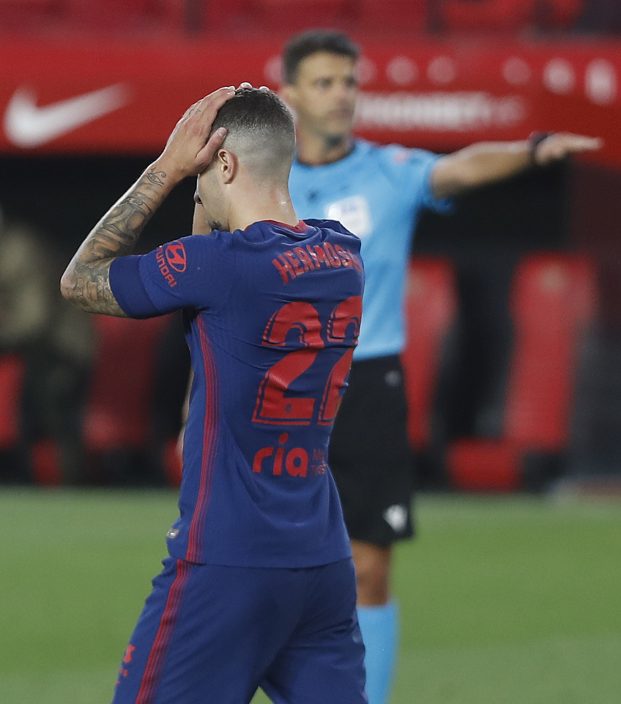 At Cádiz, Cala denied any wrongdoing and was defended by teammates and coach Álvaro Cervera.

The team resumed the game after more than 20 minutes. Valencia said its players felt threatened after the referee told them about the potential consequences of not returning to the field — which would be the likely loss of points.

“The players were forced to play after the threat of punishment,” the club said in a statement.

It had earlier said the decision to return was made after a request to do so by Diakhaby, who is Black.

“Today is a sad day for our sport,” Valencia said. “We didn’t lose only a match, we lost the respect and the spirit of soccer and of sport.”

Celta Vigo won 3-1 at last-place Alavés with Nolito, Iago Aspas and Santi Mina all scoring. Celta played with 10 men from the 54th after defender Jeison Murillo was sent off with a second yellow card.

Messi strikes twice in 2nd half to keep Barcelona near top

Barcelona loses, misses chance to take the lead in Spain

Atlético beats Huesca to return to the top in Spanish league

Atlético routs Eibar 5-0 to stay ahead in Spanish league