Jason Castro homered in his first start back with Houston, and the Astros beat the Oakland Athletics 9-2 on Sunday for a four-game sweep.

Kyle Tucker and Chas McCormick also homered for the Astros, off to their best start since 2001. Yuli Gurriel had three hits and two RBIs. 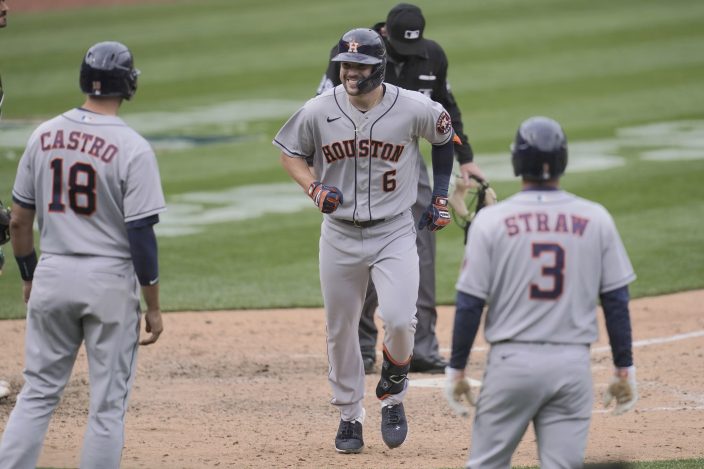 Houston outscored the A's 35-9 in the series with 47 hits, including eight home runs. The Astros became the fourth team in major league history to score eight or more runs in each of its first four games.

Sweeping the division rival A’s was especially pleasing to the Astros, who were taunted at the Coliseum throughout the series. Houston faces the fallout from the sign-stealing scandal in which Major League Baseball penalized the team ahead of the 2020 season, which was played in empty ballparks due to the pandemic. 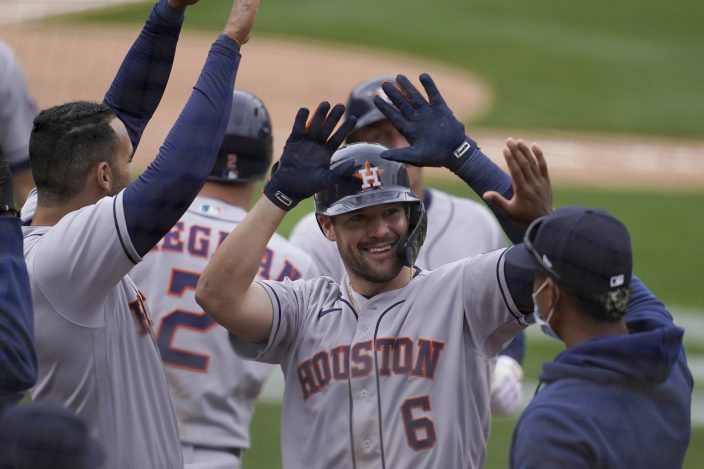 Houston Astros' Chas McCormick (6) is congratulated by teammates after hitting a three-run home run against the Oakland Athletics during the sixth inning of a baseball game in Oakland, Calif., Sunday, April 4, 2021. (AP PhotoJeff Chiu)

Mark Canha doubled, tripled and scored twice for the A’s, who are 0-4 for their first time since losing five straight at the start of 1987.

Castro was back in the Astros lineup for the first time since leaving Houston as a free agent following the 2016 season. Third on the franchise’s list for games caught entering the year, the 33-year-old Castro is slated for a backup role this season and is likely to share time with Martín Maldonado. 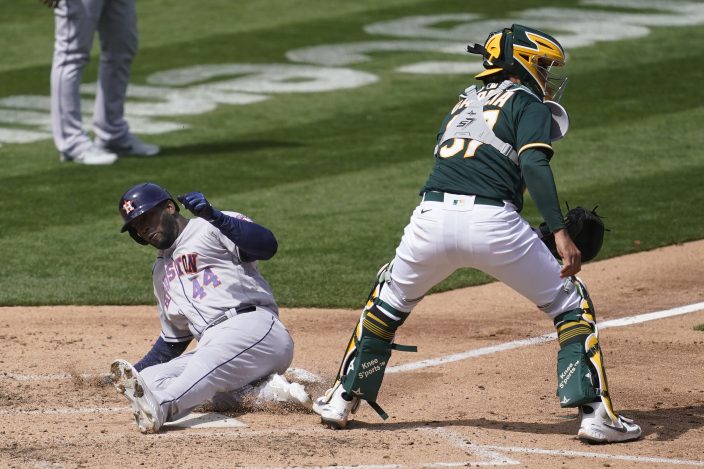 Tucker homered off Manaea in the first.

McCormick added a three-run drive off Yusmeiro Petit in the sixth.

Brandon Bielak (1-0) pitched 4 2/3 hitless innings of relief with four strikeouts and no walks. 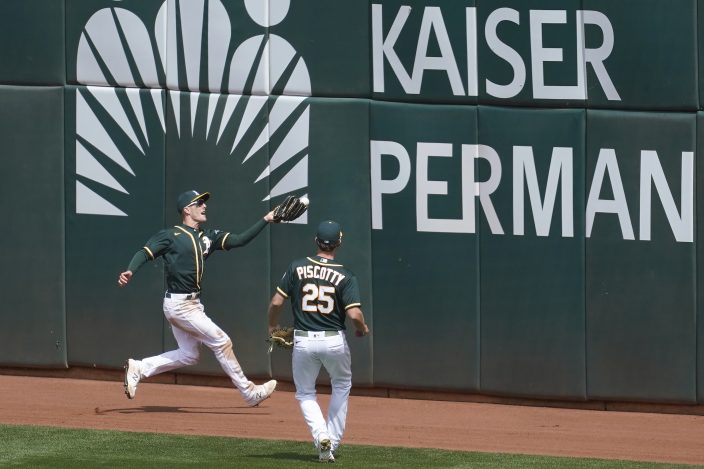 Oakland was held to four hits. 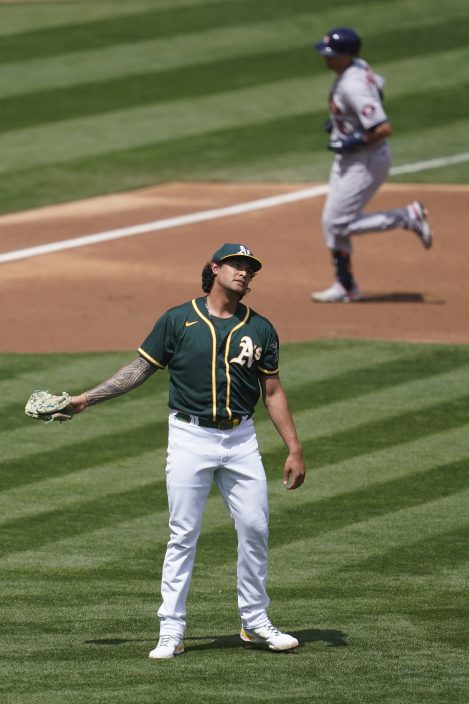 Astros: OF Michael Brantley showed improvement a day after getting hit in the right wrist by a 90 mph fastball, and manager Dusty Baker is cautiously optimistic. “When he’s coming back just depends on his body and how he heals,” Baker said. “We dodged a major bullet by him having no fractures or a broken wrist or anything like that.”

Athletics: RF Chad Pinder was taken out not long after making a leaping catch and crashing hard into the fence on Altuve’s deep fly leading off the game. Pinder also made a pair of spectacular catches on opening night. … Sean Murphy (wrist bruise) felt discomfort hitting in the cage before the game and remains out. … Ramon Laureano (sore wrist) is feeling better but was held out.

Athletics: Frankie Montas (3-5, 5.60 ERA in 2020) makes his season debut at home against the Dodgers on Monday. Montas hasn’t pitched since coming out of his final spring training start because of a cuticle tear on his right middle finger.