West Ham jumped above Liverpool, Tottenham and Chelsea into the top four of the Premier League on Monday.

Injuries to arguably its two best players might see the team struggle to stay there.

Jesse Lingard inspired a 3-2 win over Wolverhampton as the midfielder ran from the halfway line to score one goal and also set up another for substitute Jarrod Bowen. 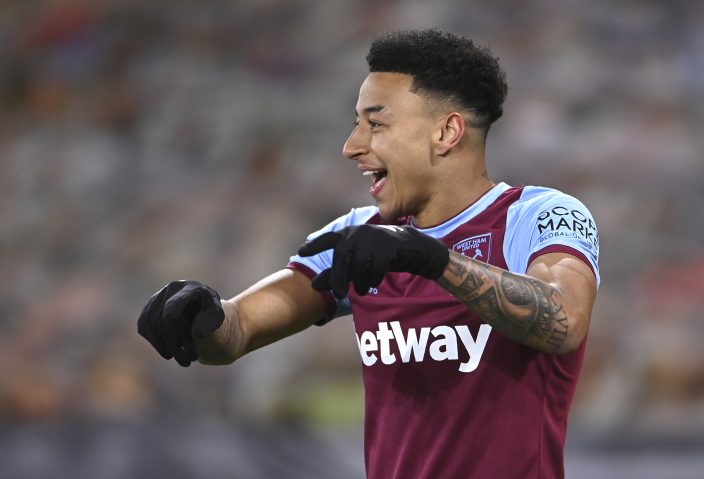 Lingard has now scored six goals in eight games since joining on loan from Manchester United in February, a hot streak that has seen him earn a recall to the England squad.

However, Moyes is set to be without Declan Rice reportedly for at least four weeks, with the holding midfielder missing the game at Molineux after getting injured on international duty with England last week. 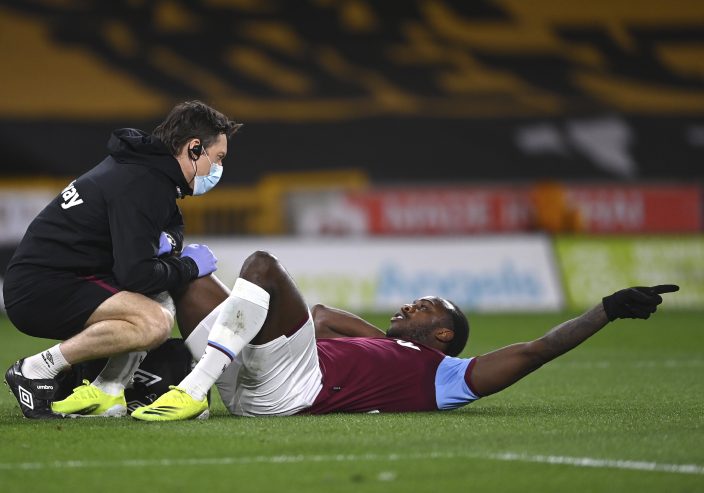 Also set for a spell on the sidelines is Michail Antonio, who left the field because of injury in the 32nd minute. It is the latest setback for the injury-prone Antonio, who has been transformed from a winger to a rampaging center forward under Moyes and is the only senior striker in West Ham's squad.

Antonio barged through a slew of challenges before shooting wide from a narrow angle, then immediately signaled to the West Ham bench.

Pablo Fornals scored the other goal for West Ham, which led 3-0 after 38 minutes only to be pegged back by Leander Dendoncker's header in the 44th and a goal by substitute Fabio Silva in the 68th. 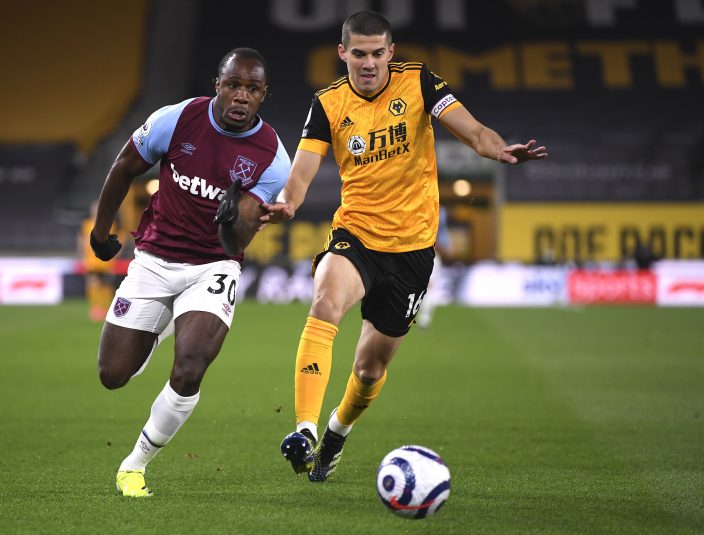 But after throwing away a 3-0 lead to draw 3-3 against Arsenal in the previous round, West Ham held on for the win this time.

Wolves has also picked up an injury ahead of the league run-in, and it's a big one. Jonny Otto, the Spain wing back, damaged anterior cruciate and medial cruciate ligaments in his right knee in training on Sunday and is set for a long absence. He only just returned from six months out with an ACL injury in the same knee.

West Ham's win came after Leicester and Chelsea, the teams who started the weekend in third and fourth place, lost on Saturday while Tottenham was held 2-2 by struggling Newcastle on Sunday. 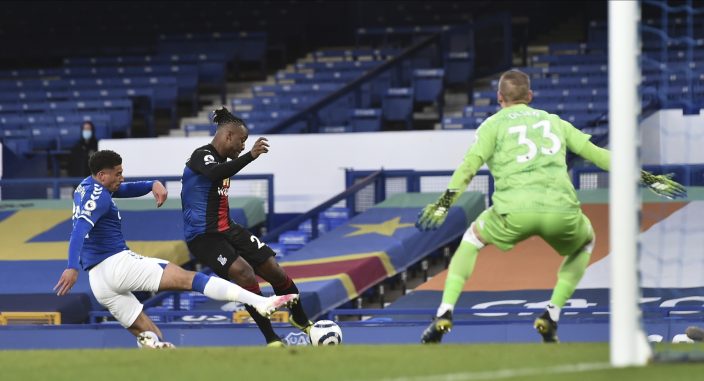 West Ham is a point ahead of fifth-place Chelsea and four behind third-place Leicester.

Everton conceded an 86th-minute goal to draw 1-1 with Crystal Palace, missing out on a victory that would have lifted Carlo Ancelotti’s team within three points of West Ham with a game in hand. 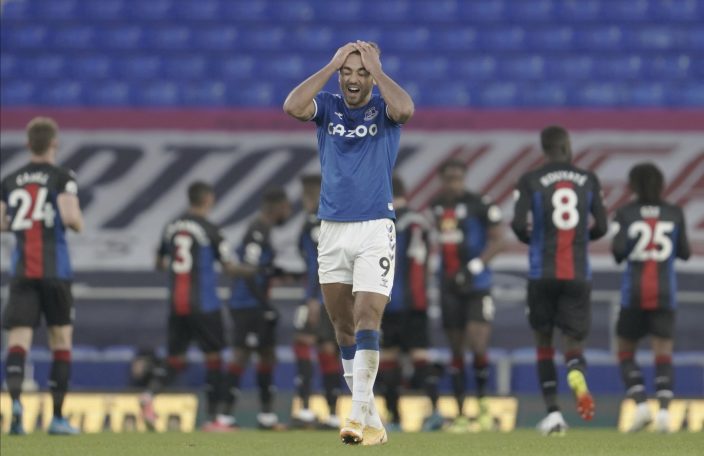 Michy Batshuayi came on as a substitute in the 84th minute and made an immediate impact by driving a left-footed shot into the bottom corner.

Colombia playmaker James Rodriguez had marked his first appearance for Everton in six weeks by breaking the deadlock in the 56th minute.

Everton stayed in eighth place, still well in the hunt for the European positions.