Craig Berube stood back and watched his St. Louis Blues practice battle drills so he could see how players handled the situation amid a seven-game losing streak.

Anyone looking in from the outside can spy a team in deep trouble.

Berube's Blues have lost 12 of their last 14 games and are running out of time to salvage their season and make the playoffs. Less than two years since going on an improbable run to win the Stanley Cup, St. Louis has a brutal schedule down the stretch and faces an uphill climb to even qualify for the NHL postseason. 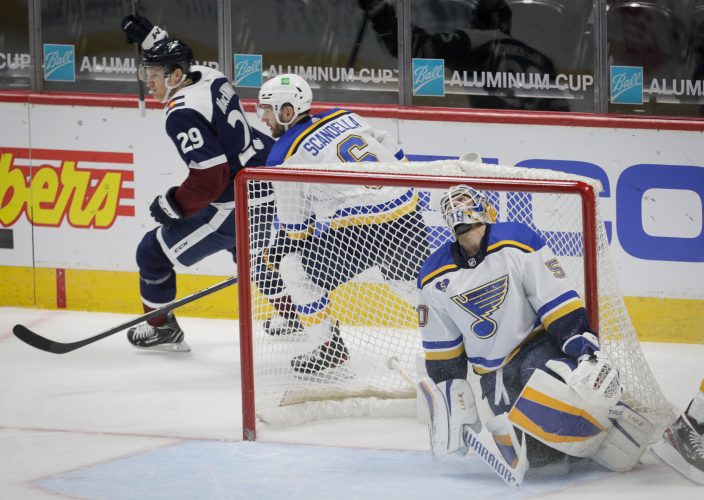 "We’re in a hole right now and we’ve got to scratch and claw our way out of it," Berube said Tuesday. “I know this group cares, and things aren’t going well right now. But to get out of it, you’ve got to keep believing and keep working and keep competing and stick together. That’s the only way you get out of it.”

The Blues woke up March 6 second in the West Division before this freefall started and now sit five points back of the final playoff spot with 18 games to go. That's not an impossible margin to erase, but 14 of the final 18 games are against one of the top three in the West: Vegas, Colorado or Arizona. 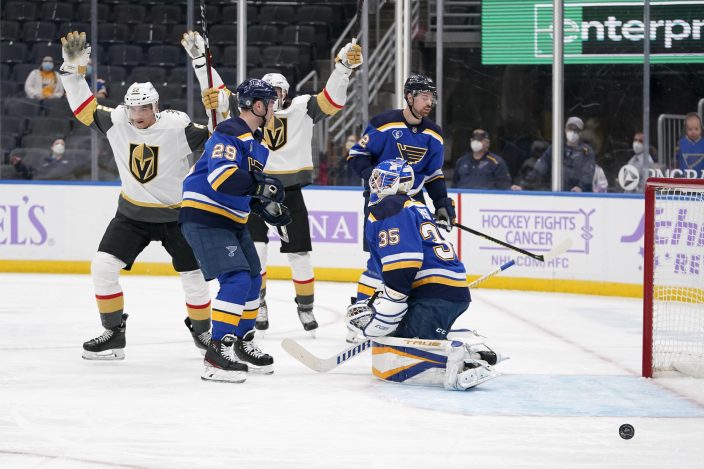 They've meant a lot for some time, and the Blues have squandered plenty of chances already. They've been outscored 25-8 during the seven-game skid, evidence that they can't get a goal or a stop when they need it.

Injuries have hamstrung the Blues, from playing without top defenseman Colton Parayko since mid-February to losing grinding forward Oskar Sundqvist and depth defenseman Carl Gunnarsson to a season-ending knee injuries. But Berube still expects the leadership group and core players to lead the way out of this slump.

“That’s what those guys get paid to do is score goals and to do the right things on a nightly basis,” he said. “We’re not getting that, so it’s tough to win. It’s the same thing when I talk about the goaltending. You need saves, and we’re not getting enough of them.” 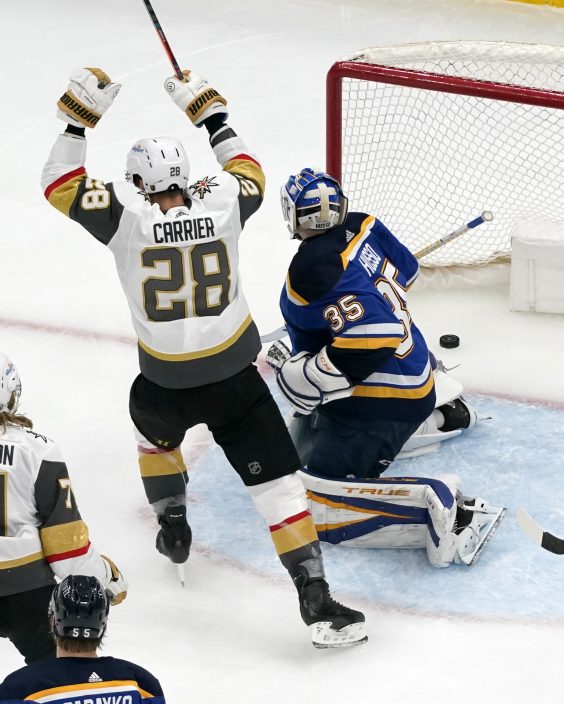 That falls on goaltender Jordan Binnington, who came out of nowhere to win the Cup in 2019 and was an All-Star last season. Binnington ranks 39th in the league with a 2.77 goals-against average and 43rd with a .904 save percentage.

Asked what he needed to do better, Binnington said: “Just make a couple more saves. Same approach: Prepare the best way you can and focus and give the team a chance to win.” Berube wants to see Binnington's — and the whole team's — swagger back, but the 27-year-old doesn't think he ever lost it.

“I always have swagger,” Binnington said. “Sometimes I just do my job and make the saves I’m supposed to make, sometimes you do more and you want to win those games 1-0, 2-0. I always want to play hard and have fun doing it.” 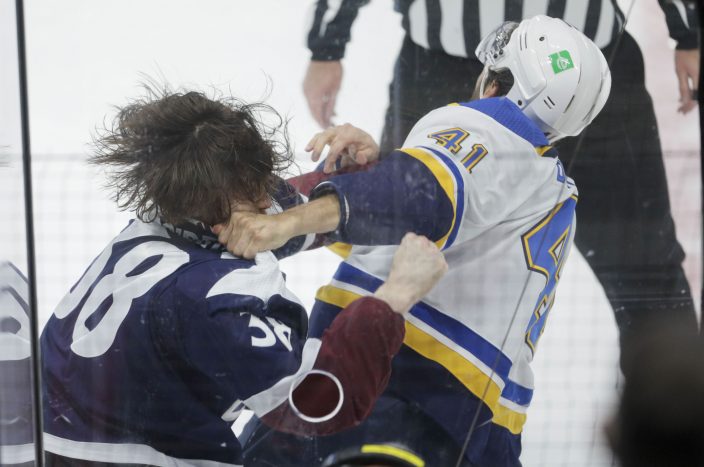 It's not much fun for the Blues right now and won't get any better if they don't find their game quickly. Some of the cast has changed, including captain Alex Pietrangelo leaving for Vegas in free agency, but this is a similar roster to the one that won the Cup, so there's belief inside the locker room that not all is lost. 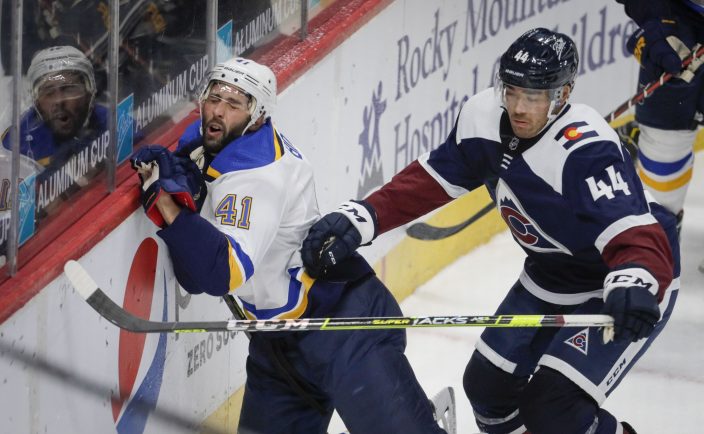 The Blues aren't the only team trying to make up ground with a month to go. The Philadelphia Flyers are outside the playoff picture in the East, the Western Conference-champion Dallas Stars in the Central and the Calgary Flames in the North.

Philadelphia has another game against fourth-place Boston on Saturday to try to close the gap, Dallas gets four games against last-place Detroit in mid-April and Calgary is treating every game like it's already the playoffs.

“We’ve got to find a way to find a better game and put some wins together,” forward Mikael Backlund said. The Flames have lost four in a row and eight of nine.

The New Jersey Devils are holding winger Kyle Palmieri out of games in anticipation of trading him before the trade deadline Monday, and the Buffalo Sabres are doing the same with 2018 MVP Taylor Hall. Palmieri and Hall are among the top players expected to change places before the deadline.