The main character of Oliver Hermanus’ shattering “Moffie," set in 1981 South Africa, is a handsome, white 18-year-old. In the country's system of apartheid, he is a member of the ruling class, but he's no insider.

Shy, timid and closeted, Nicholas van der Swart (Kai Luke Brummer) is conscripted into the army as part of regulated military service for white males over 16. There, the film's title — an Afrikaans' anti-gay slur — isn't directed at him but it's hurled all around — an ever-present threat of ostracism and abuse. In brutal basic training, it's as if bullets are already flying perilously close to Nicholas.

But “Moffie," which opens in theaters and on-demand Friday, is more than a coming-of-age story about a young gay man in an unprogressive society. In following Nicholas into basic training, the film wades into the dark heart of apartheid and a cauldron of destructive masculinity. There, young men are indoctrinated, through the barks of drill sergeants, to an ideology of fear, oppression and nationalism endemic to 1980s South Africa but also to most any other place or era. Nicholas has been conscripted into an army of intolerance, one that sees him as an enemy. 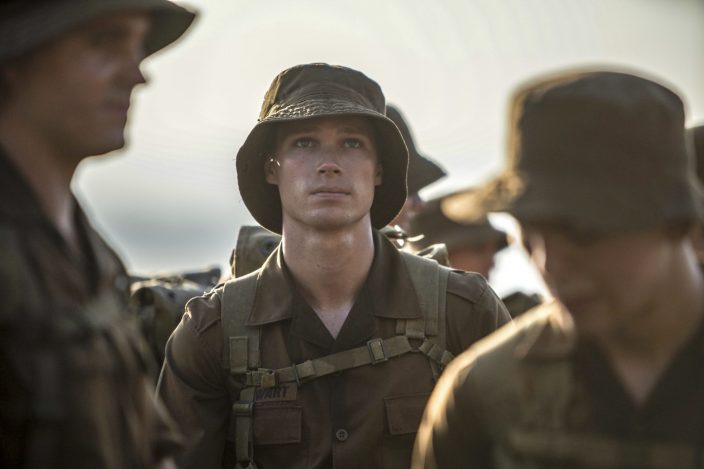 From the start, the imagery by Hermanus and cinematographer Jamie D. Ramsay is grittily intimate, tactile and vivid. The score by Braam du Toit sets an ominous tone. The camera trails overhead the train that will take Nicholas to the barracks as it snakes slowly over the grasslands. We only briefly glimpse his life beforehand; his father hands him a girlie magazine for “ammunition." On the train, a soon-to-be-friend (Stassen, played by Ryan de Villiersoffers) offers him a drink. When Nicholas declines, Stassen replies, “Are you sure? Do you know where we’re going?”

They're in training for the border war with Angola and the perceived threat of communism. The training, at the orders of Sergeant Brand (Hilton Pelser), is grueling. While suffering under the hot sun, they're not just turned into warriors but brainwashed into believing communists, “Black savages” and “moffies” are all to be “cured” by killing them. Some of the scenes of bodies in the desert suggest Claire Denis' “Beau Travail.” Life in the barracks nods to Stanley Kubrick's “Full Metal Jacket.”

For Nicholas, it means keeping himself hidden except for a stolen glance or a moment of understanding from another in the same predicament. So silent and interior is the performance by the striking Brummer that Nicholas stays, to a certain extent, hidden from us, too. A single flashback to his life beforehand gives a hint at how he has been conditioned to feel only guilt about his sexuality. As time goes on, Nicholas realizes he's not alone, and our sense of the many lives — both Black and white — left broken, beaten or dead by a heinous othering only expands. 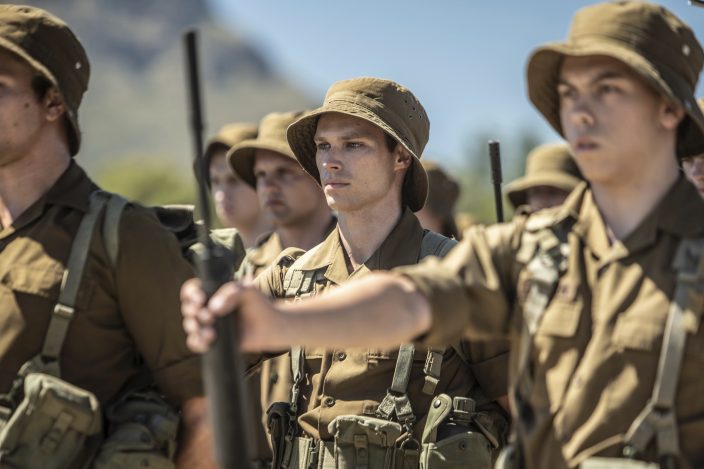 This image released by IFC Films shows Kai Luke Brummer, center, in a scene from "Moffie." (IFC Films via AP)

It's an usual perspective for an apartheid film, something the director — who is gay and mixed race — has acknowledged initially recoiling from. But that point-of-view only makes Hermanus' mission all the more laudable. His film, adapted from a novel by André Carl van de Merwe, is like an inside job. By burrowing within the brutal propaganda of apartheid, Hermanus, in his intensely expressive, achingly sorrowful fourth film, has captured a mean machinery at work — one that still abides, long after the end of apartheid.

“Moffie” an IFC Films release, is unrated by the Motion Picture Association of America but contains intensely violent scenes. Running time: 106 minutes. Three and a half stars out of four. 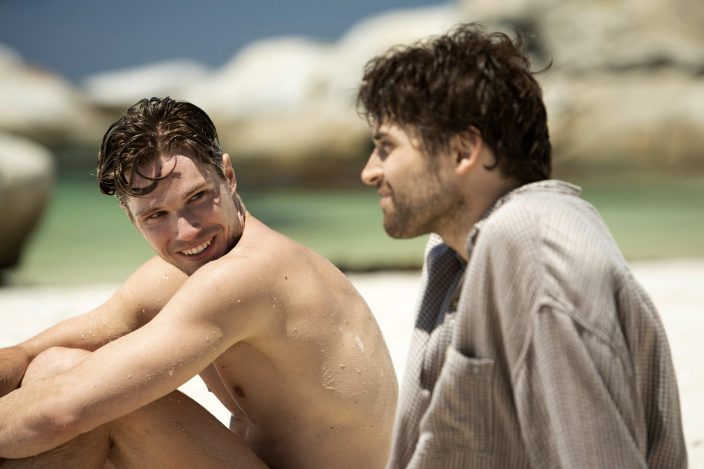 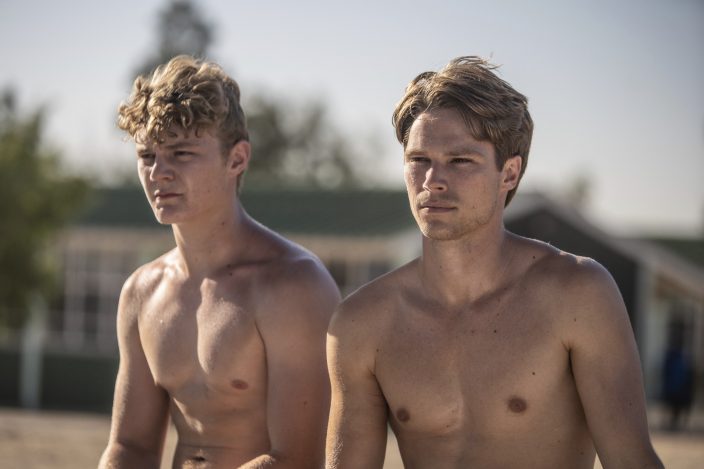 This image released by IFC Films shows Matthew Vey, left, and Kai Luke Brummer in a scene from "Moffie." (IFC Films via AP) 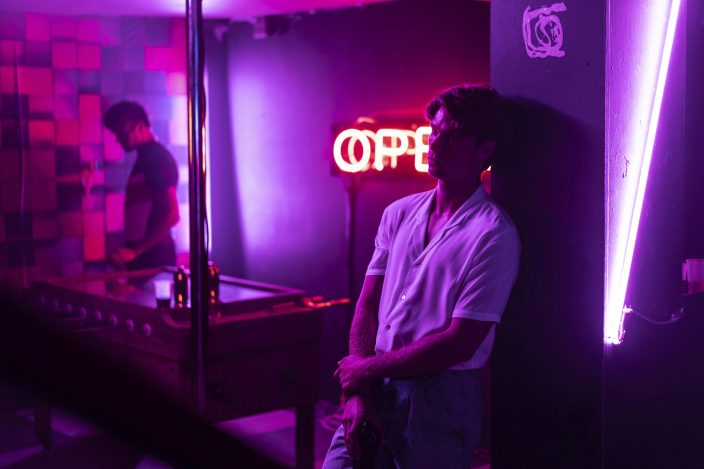 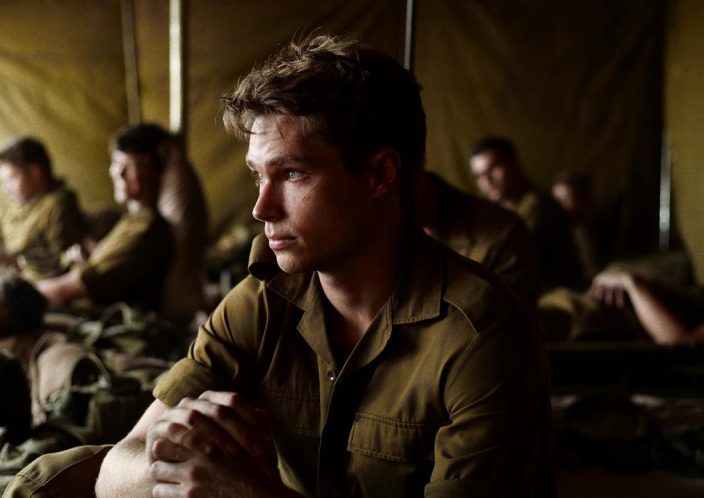 Garrett Hampson led off the first ...