Kevin Durant returned to the Brooklyn Nets on Wednesday night after missing 23 games with a strained left hamstring.

Durant was originally listed in the starting lineup against New Orleans, but the Nets updated the lineup to remove Durant minutes before the game.

That left Durant to come off the bench in his first since Feb. 13 at Golden State. He and the Nets originally thought his injury was minor, but subsequent testing showed it to be more serious. 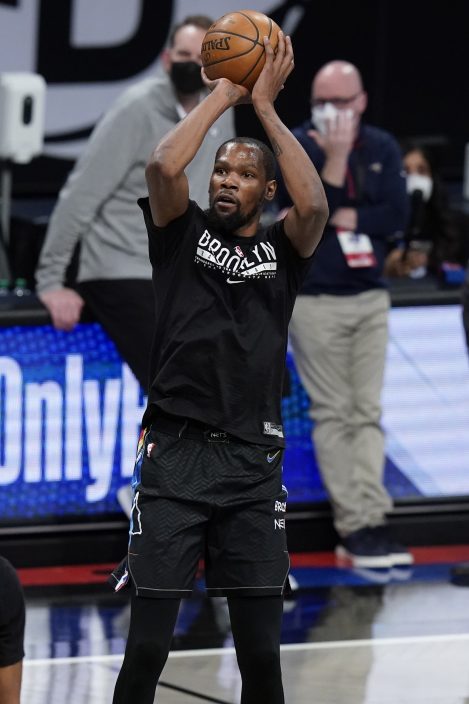 Coach Steve Nash said the Nets would be careful with Durant in his return and didn't plan on sending him out to play 35 minutes.

Durant returned a day after the Nets announced that James Harden would be sidelined at least the next 10 days with his own hamstring injury. Brooklyn has had its All-Star trio of Durant, Harden and Kyrie Irving together for just seven games.

Nets' Durant ruled out for Tuesday with thigh contusion