French health officials said Friday that people under 55 who received a first dose of the AstraZeneca vaccine should get other vaccines for their second shot because of an extremely rare risk of a blood clotting disorder.

Germany is expected to recommend a similar booster dose strategy for people under age 60. The World Health Organization says it's too early to know whether to recommend such vaccine mixing, however, and the European Medicines Agency hasn't advised putting any age restrictions on the use of the AstraZeneca vaccine.

French authorities said the British-Swedish pharmaceutical company's vaccine remains central to its vaccination plan strategy, and they urged older populations to keep taking it as France's hospitals battle another surge in COVID-19 patients. 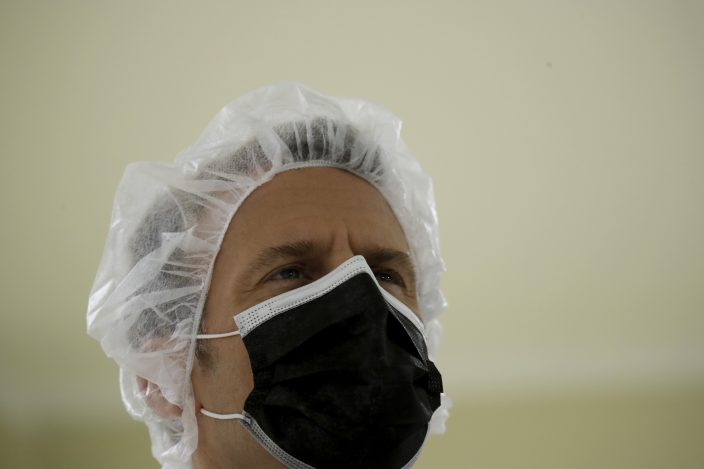 French President Emmanuel Macron looks on as he visits the Delpharm plant in Saint-Remy-sur-Avre, west of Paris, Friday, April 9, 2021 in Paris. The Delpharm plant started bottling Pfizer vaccines this week as France tries to make its mark on global vaccine production, and speed up vaccinations of French people amid a new virus surge. (AP PhotoChristophe Ena, Pool)

“It’s an effective vaccine,” Dominique Le Guludec, president of France’s High Authority for Health, told reporters. “If we want to win the battle against the virus, we must use all weapons at our disposition.”

Several European countries decided in recent weeks to limit their use of the AstraZeneca vaccine to older people because of strengthening evidence the vaccine may be linked to rare blood clots in younger populations.

Since March 19, France has only offered the vaccine to people over 55. More than half a million French people under that age — including Health Minister Olivier Veran — received a first dose before then. 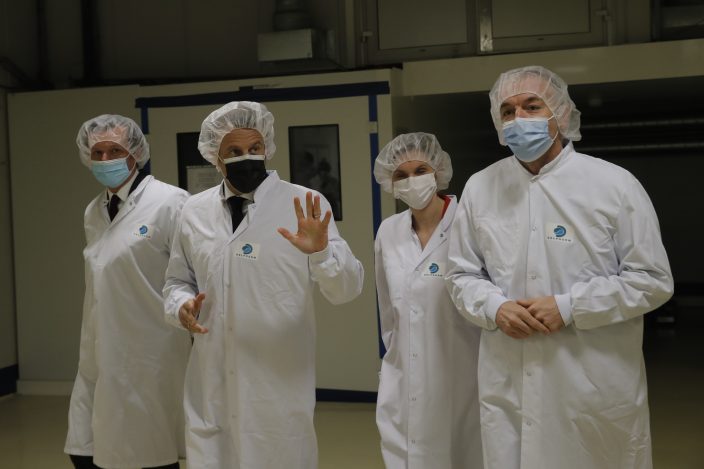 France’s High Authority for Health said Friday that it is maintaining the age limit for now and recommending that younger people who received the AstraZeneca vaccine for their first dose should get booster shots of the Pfizer or Moderna vaccines instead.

The health authority also called for more research on the effects of vaccine mixing.

Germany on March 30 recommended restricting the use of the AstraZeneca vaccine to people over 60, in most cases. The country’s independent vaccine expert panel last week recommended giving a second shot of the BioNTech or Moderna vaccines to people under 60 who had received a first shot of AstraZeneca's product.

Health ministers from Germany’s 16 states are expected to sign off on the recommendation next week.

Dr. Margaret Harris, a WHO spokeswoman, said Friday that an advisory group on immunization made recommendations about the AstraZeneca vaccine in February, but didn’t have enough information at the time to determine whether it could be used in conjunction with other vaccines.

“There is not adequate data to be able to say whether this is something that could be done,” Harris told a U.N. press briefing in Geneva.

France, which has reported one of the world’s highest virus death tolls, has closed schools and nonessential businesses for a month and imposed nationwide travel restrictions to stem the spread of new virus variants.

It's also trying to speed up vaccinations. President Emmanuel Macron acknowledged Friday that the United States “won the bet” on coronavirus vaccines by investing massively and moving fast with experimental treatments.

Macron visited a French factory that started bottling and packaging Pfizer-BioNTech vaccines this week, and urged his compatriots to join a “national war effort” to administer and make vaccines. He promised that France would produce 250 million vaccine doses this year for domestic and global use.

Jamey Keaten in Geneva and Geir Moulson in Berlin contributed.

Ryan Murphy will get a chance to d ...

France tackles virus variants as it readies for tourists