After a false start and an unconventional test run, South Africa on Friday announced the launch of its mass vaccination campaign against COVID-19 with a goal of inoculating more than 40 million people by February next year.

“We have now secured adequate vaccines and can move ahead with confidence with our mass rollout campaign,” Health Minister Zweli Mkhize said during a presentation to civic groups and others. 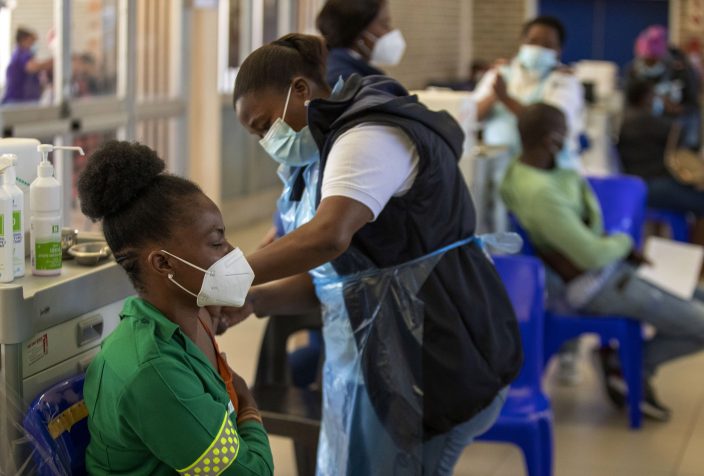 South Africa's vaccination campaign has been moving slowly but it will accelerate with deliveries this month of 3 million J&J doses and 6 million Pfizer doses, Mkhize said. Further deliveries will cover the bulk of the government's aim to inoculate 67% of the country's 60 million people by early 2022.

Criticism has mounted, from leading health professionals and ordinary South Africans, over the slow purchase of vaccines. 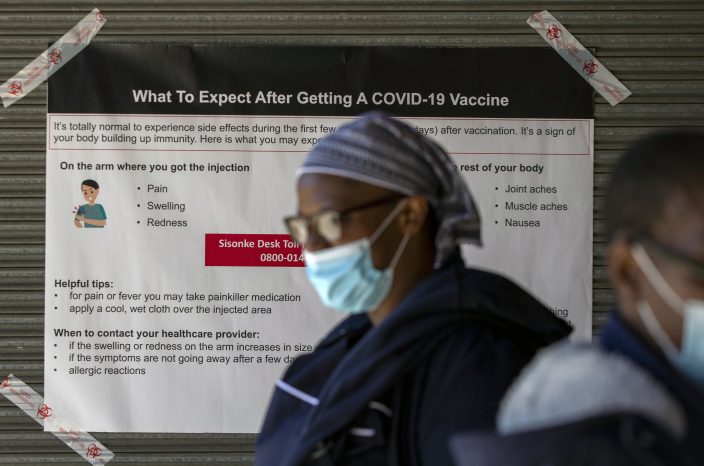 Health experts warn that South Africa could face a resurgence of infections following the Easter holiday and as cold weather approaches in the Southern Hemisphere's winter months.

The country’s 1.2 million health care workers are being vaccinated in the first phase.

To date, just over 283,000 health care workers have been vaccinated since mid-February, when the government began giving J&J doses as a large-scale test because the vaccine had not yet been approved for general use. The slow pace of just over 6,000 shots administered per day has been limited by the arrivals of J&J doses, which have come in small batches. 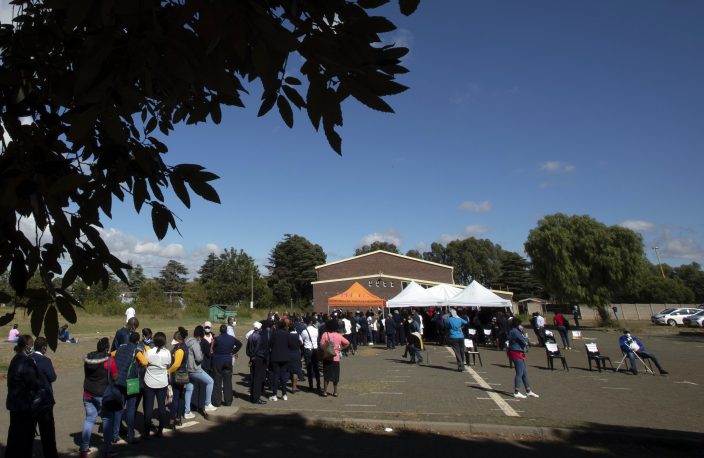 FILE — In this Friday, March 26, 2021 file photo, healthcare workers queue to receive a dose of Johnson & Johnson COVID-19 vaccine at a vaccination centre at Chris Hani Baragwanath Academic Hospital in Johannesburg, South Africa. In a television address to the nation Tuesday, March 30, 2021, Presidential Cyril Ramaphosa outlined the progress and the future of the COVID-19 vaccine rollout and put in place some minor restrictions for the Easter weekend. (AP PhotoThemba Hadebe, file)

With the arrival of millions of doses, vaccinations will speed up to more than 300,000 per day with jabs being given at hospitals, clinics, doctors' offices, pharmacies, shopping centers and workplaces, Mkhize said.

The mass vaccinations will begin in mid-May with the start of the second phase in which 16.6 million elderly, essential workers and others at risk will get jabs. In October, South Africa will begin vaccinating the remainder of its adults, about 22.6 million people, with the goal of finishing that in February 2022.

South Africa's vaccinations got off to a rocky start in February when the use of the AstraZeneca vaccine was scrapped just days before it was to be given to health care workers, following the results of a small, preliminary test that indicated the vaccine was ineffective in preventing mild to moderate cases of COVID-19 caused by the variant dominant in the country.

South Africa later sold more than 1 million doses of the AstraZeneca vaccine to the African Union, which sold them to other African countries where the variant is not dominant.

South Africa pivoted to J&J, which has proved in tests to be effective against the variant. Because the J&J vaccine had not yet been approved for general use by South Africa or any international health authorities, the vaccinations of health care workers began as a large-scale trial.

The Pfizer vaccine will be used in South Africa's cities, which have the necessary freezers and logistics for the two-dose process, while the J&J vaccine is more suitable for rural areas.

Most of the J&J vaccines used in South Africa will be produced locally by Aspen Pharmaceuticals, in Gqeberha, formerly Port Elizabeth. The company will receive large batches of the ingredients and then blend them and put them in vials, a process known as filling and finishing. The firm has the capacity to produce 300 million doses of the J&J vaccine over a year, of which about 220 million will be sold to other African countries, according to the company.

The vaccinations cannot come soon enough for, Tumelo Serage, 27, who works at a Johannesburg gas station.

He said he is concerned that he is exposed to many customers at work.

“We wear masks and sanitize all the time, but many people got infected even when they were doing that. Some of my colleagues here got infected, luckily they recovered," he said. “At this point, the safest way is to get the vaccine as soon as possible."