Arminia Bielefeld escaped the Bundesliga relegation zone with a 1-0 win over a Freiburg team which was depleted by bans and the coronavirus on Friday.

Freiburg's Baptiste Santamaria scored an own goal in the 68th minute when Masaya Okugawa's shot at a corner deflected off his head, leaving the goalkeeper too little time to react.

Bielefeld had plenty of more chances to score against a Freiburg team with one win from its last six away games. Joakim Nilsson towered above the goalkeeper to head the ball into the net in the 74th after another well-worked corner routine but was judged narrowly offside. 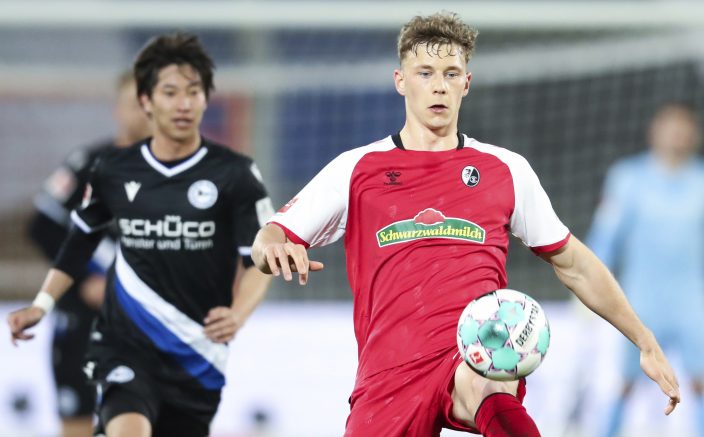 Andreas Voglsammer dragged his low shot just wide of the post when through on goal soon after.

Bielefeld moved three places to 14th as coach Frank Kramer claimed his first home win since joining the club last month. That dropped Cologne into the automatic relegation zone in 17th before it hosts 16th-placed Mainz on Sunday.

Freiburg stayed 10th after a toothless performance with three forwards out of the team. Vincenzo Grifo is in isolation after testing positive for the coronavirus after returning from duty with Italy. Ermedin Demirovic and Lukas Höler were suspended for the game after amassing too many yellow cards this season.