Federal prosecutors said Friday that they have charged three Southern California women with using prison inmates' names to bilk a state agency out of a combined nearly $1.25 million in coronavirus-related unemployment benefits, the latest allegations in an ongoing scandal that has cost hundreds of millions of dollars.

The three are among a dozen charged just in the greater Los Angeles area and among 150 charged federally nationwide with exploiting federal benefits that were supposed to aid those who lost their jobs during the pandemic.

Much of that fraud has been in California, where state auditors in January said the troubled Employment Development Department approved at least $810 million in the names of roughly 45,000 inmates, some of them on death row. Inmates are not eligible for the benefits. 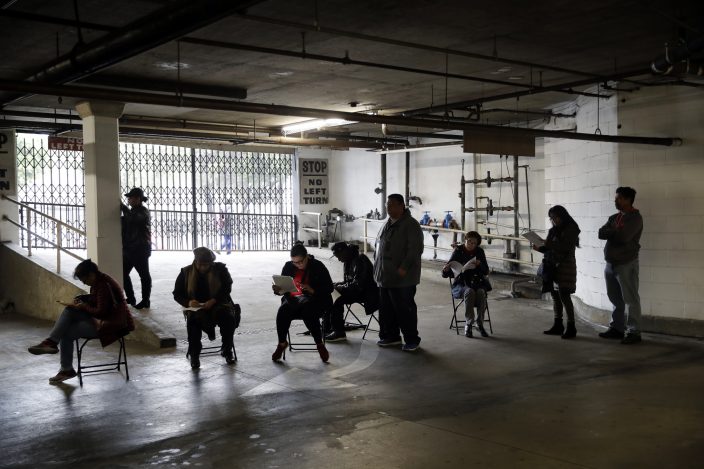 Each of the Southern California women separately faces charges of fraud in connection with emergency benefits and wire fraud. The first carries a maximum sentence of 30 years in federal prison, the second up to 20 years.

Sequoia Edwards, 35, of Moreno Valley, was arrested Friday on allegations that she filed at least 27 bogus unemployment claims last summer, at least six including information on prison inmates that she received from an incarcerated cousin. An FBI raid in February recovered debit cards and $45,000 in cash from her home, part of at least $455,000 she received in benefits, prosecutors said.

Her attorney, Mark Daniel Melnick, did not respond to telephone and email requests for comment.

Mireya Ramos, 42, of Colton, was arrested Thursday on charges that she was issued at least $353,532 in unemployment benefits on at least 37 fraudulent claims. Most were in the name of inmates and most said they were barbers who were out of work because of the pandemic, prosecutors said. They said she obtained the inmates' identifying information from her boyfriend, who is serving a life sentence in Calipatria State Prison.

On Wednesday, authorities arrested Paris Thomas, 33, of San Bernardino, on allegations she obtained more than $440,000 by filing about 49 bogus claims, at least 15 in the names of state and federal prisons and county jails. An FBI search of her house in February found debit cards and a notebook with application information for more than 40 people, prosecutors said.

California lawmakers on Thursday advanced the second of three similar bills that would require state unemployment officials to crosscheck unemployment applications with inmate records to identify fraudulent claims, something auditors said is already done by at least 35 other states.

The measures would change California restrictions on inmate information that can be shared with other state agencies.

Munich police issued a missing per ...

California OK'd aid in name of Scott Peterson, other killers