RJ Barrett scored 20 points, making a tiebreaking 3-pointer with 1:15 left in overtime, and the New York Knicks used a late rally to stun the Memphis Grizzlies 133-129 on Friday night.

Alec Burks had nine of his 19 in overtime and Julius Randle recovered from a scoreless first half to finish with 15 points, 11 assists and 10 rebounds in his fifth triple-double of the season. New York snapped the Grizzlies' four-game winning streak.

The Knicks had a 3-1 lead, then never led again in regulation. They were down double digits for much of the night and still trailed by 13 points midway through the fourth quarter. 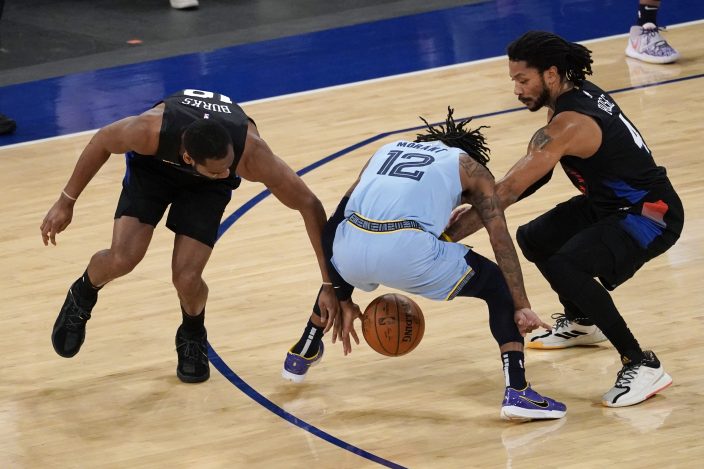 But they put it together just in time to avoid a third straight loss and win for just the second time in seven games.

Immanuel Quickley scored 20 points, and Derrick Rose had 19 for the Knicks.

Ja Morant scored 26 points, and Dillon Brooks had 23 for the Grizzlies, who were trying to complete a perfect four-game trip through the Eastern Conference and appeared for about 45 minutes they would.

The Grizzlies led 106-93 midway through the fourth quarter and were still ahead by eight with under 2 1/2 minutes to play. But a three-point play by Randle with 1:01 left and three free throws by Barrett tied it at 112 with 37 seconds remaining.

Morant and Jonas Valanciunas each could only make one free throw, allowing Barrett to tie it again at 114 on a drive with 8.8 seconds left. Morant missed on a drive into the lane and the game went to the extra period.

Memphis had a 10-0 run minutes into the game and controlled the first half from there. The Grizzlies open a 15-point lead in the final minute of the quarter and took a 35-23 lead to the second. Memphis led 60-51 at halftime. 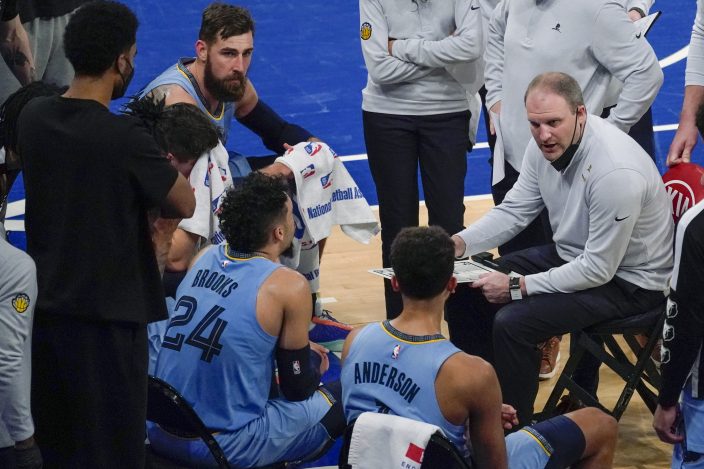 Memphis Grizzlies coach Taylor Jenkins, right, talks to players during a timeout in the second half of an NBA basketball game against the New York Knicks, Friday, April 9, 2021, at Madison Square Garden in New York. (AP PhotoMary Altaffer, Pool)

The Knicks got within four points in the third quarter, but the Grizzlies pushed it back to 14 later in the period. 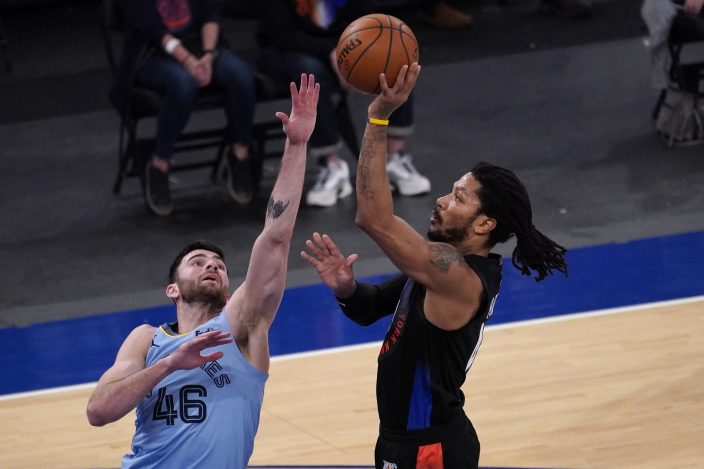 Valanciunas had his 20th straight game with 10 or more rebounds, the longest streak in the NBA this season. He had already broken the Grizzlies' franchise record of 18 in a row held by Zach Randolph, then better Atlanta's Clint Capela's run of 19 consecutive that was the longest in the league in 2020-21.

Trump to speak at North Carolina GOP convention on June ...