Jayson Tatum scored a career-high 53 points — including 18 in the fourth quarter and overtime — and the Boston Celtics held on to beat the Minnesota Timberwolves 145-136 on Friday night.

It was the first 50-point game for the All-Star, who eclipsed his previous high of 41. Jaylen Brown had 26 points. Marcus Smart added 24 points, eight assists and six rebounds to help Boston post its fourth win in five games.

Boston erased what was a 17-point deficit in the third quarter and led by as many as eight in the fourth before Minnesota rallied to send it to OT. 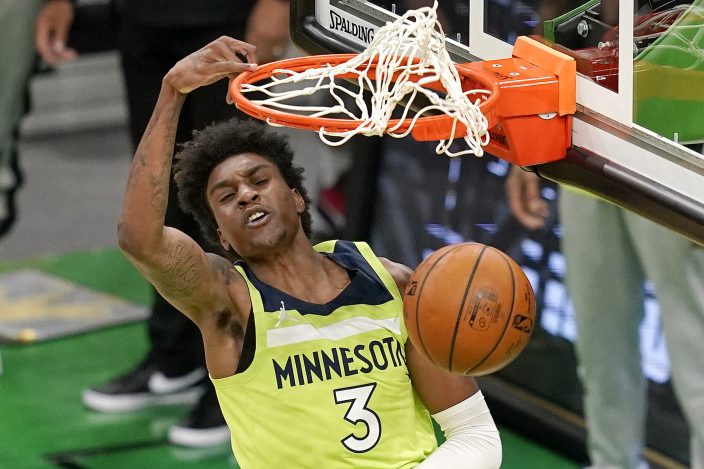 The Celtics surged again at the start of the extra period and took a 135-129 lead on a 3-pointer by Walker. Minnesota got within 135-132 via a three-point play by D’Angelo Russell. But Boston outscored the Timberwolves 10-4 the rest of the way.

The Celtics opened the fourth quarter with a 15-3 run and took their first lead of the second half, 101-100, on a pair of free throws by Walker. 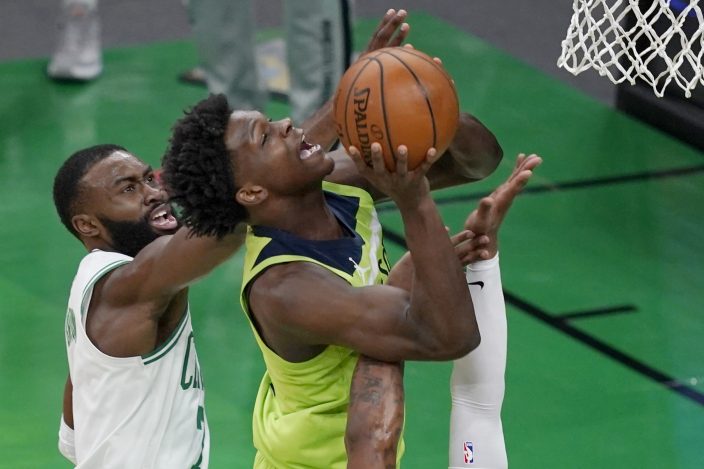 Minnesota cut it to 122-119 on a 3 by Russell with 1:29 remaining. Then, following a shot clock violation by Boston, Russell drove in for an uncontested layup.

Tatum missed a deep 3, and Russell missed his own attempt from deep on the ensuing possession. It was rebounded by Walker, who got it ahead to Tatum for a dunk that made it 124-121. 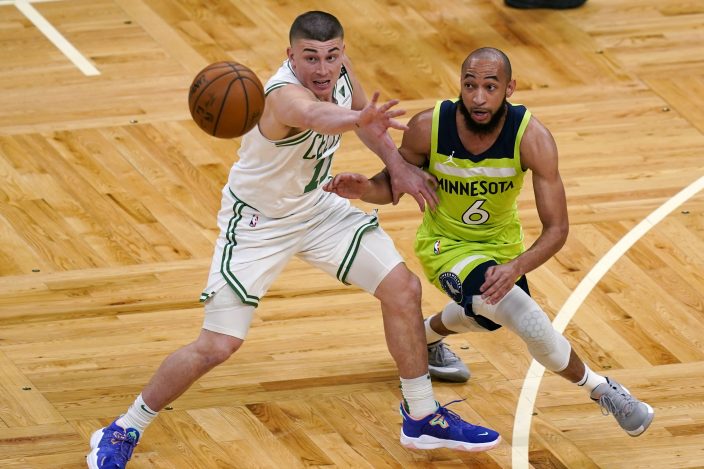 Out of a timeout, Towns got trapped, but got it to Russell, who banked in a 27-footer to tie it again with 8.6 seconds showing on the clock.

Tatum had a decent look on Boston’s final possession of regulation, but missed a jumper off the back of the rim. 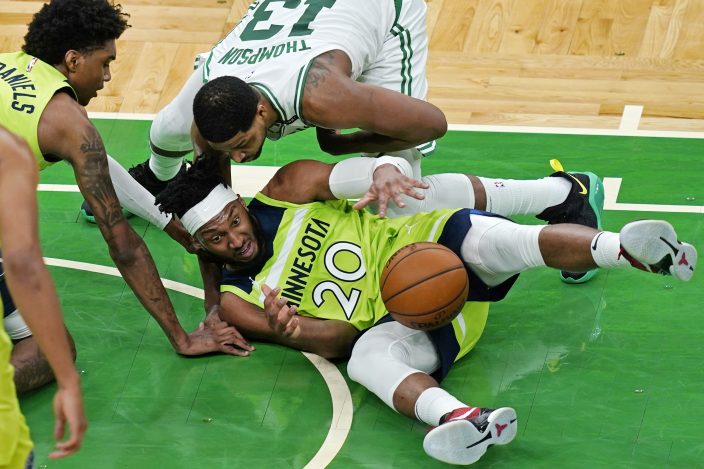 Timberwolves: Dropped to 0-4 in OT games. ... Held a 26-12 edge in bench scoring in the first half. ... Had 11 assists on 15 made field goals in the first quarter. ... Jaylen Nowell (bruised right shin) and Malik Beasley (left hamstring) were both out. 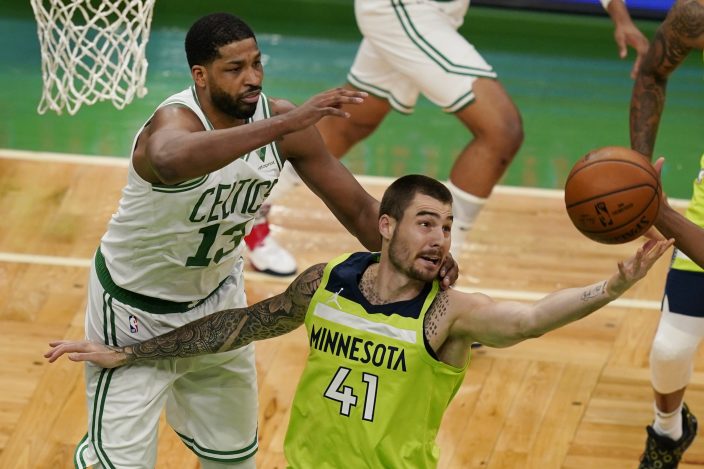