Zion Williamson scored 14 of his 37 points in the fourth quarter and the New Orleans Pelicans held on to beat the Philadelphia 76ers 101-94 on Friday night.

Williamson scored the first six points of the fourth quarter and eight of the Pelicans’ first 10, extending an eight-point lead to 86-71. He scored three more times after the 76ers pulled to 94-87 with 4:03 left.

Williamson was 15 of 28 from the field and added 15 rebounds and eight assists. Brandon Ingram added 17 points, but shot 5 of 21 in his first game back after missing five with a right foot injury. 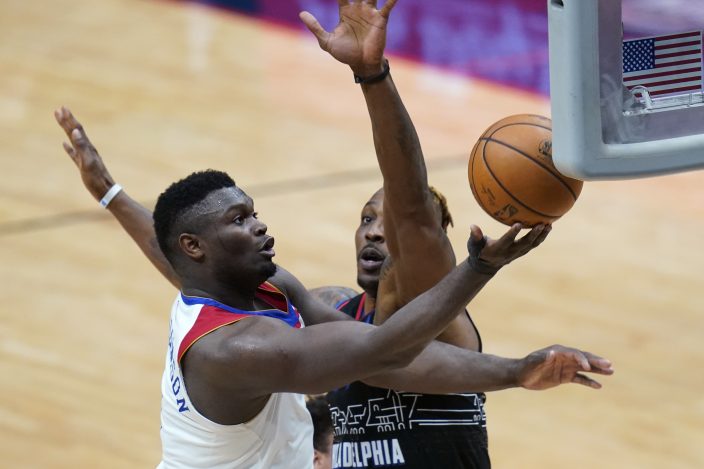 Philadelphia, which missed an opportunity to tie Brooklyn for the best record in the Eastern Conference, tied a season low with 94 points.

Joel Embiid, who had scored 59 points in two games since returning from injury, had 14 points on 5-of-16 shooting.

His teammates struggled just as much as he did against the Pelicans, who had given up 123 points to Atlanta and 139 to Brooklyn in their last two games. Tobias Harris led the 76ers with 23 points, but no one other than him or Embiid had more than four field goals. 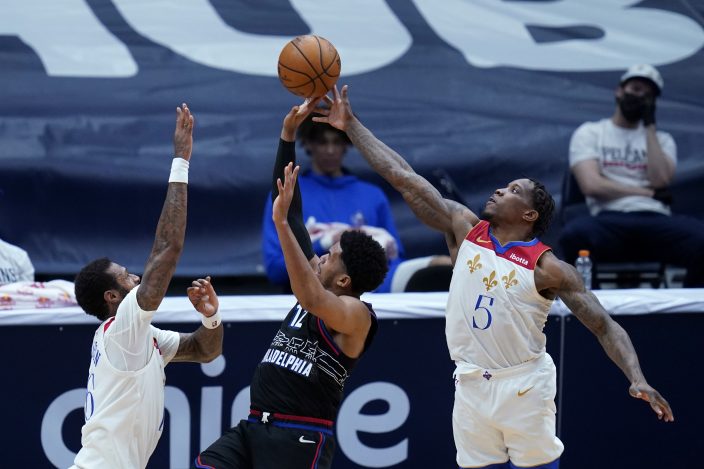 “In my mind Ben Simmons is the best defender in the league,” he said. “Joel Embiid is an All-Defense type of guy. Danny Green has always been a really good defender. Dwight Howard was the Defensive Player of the Year for three straight years. They’ve just got some guys that make it really, really tough.” 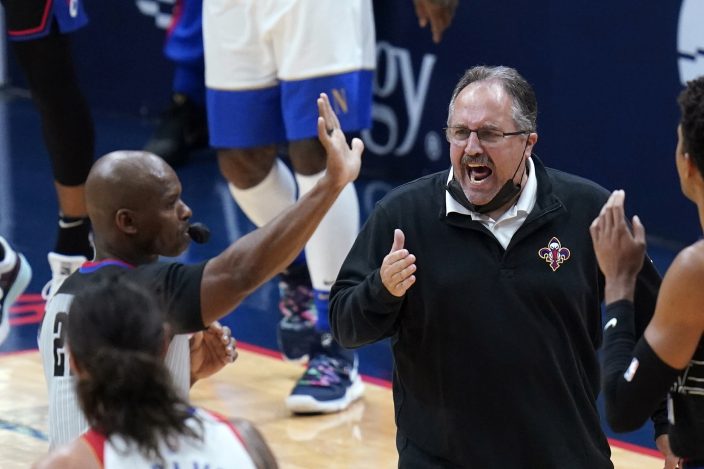 CHAOS ON THE COURT

Typical of a sloppy first half was a wild sequence when Simmons knocked a pass from the Pelicans’ Eric Bledsoe all the way to the other end of the court but saved it to Ingram as he jumped over the baseline. Ingram then collided with teammate Stephen Adams after crossing midcourt. Adams dove on the floor to corral the loose ball in traffic and passed from a prone position to Bledsoe, who fed Jaxson Hayes for a dunk on an alley oop.

Pelicans: After missing seven games with an injury to his left hit and returning to play the past three, Lonzo Ball sat out with a right hip problem.

76ers: At Oklahoma City on Saturday.

Pelicans: At Cleveland on Sunday.