Jaden Schwartz and Ryan O'Reilly each scored twice as the St. Louis Blues beat the Minnesota Wild 9-1 on Friday night.

Justin Faulk and Sammy Blais each had a goal and two assists, and Zach Sanford, Jake Walman and Ivan Barbashev also scored for the Blues, who posted a season high for goals in a game. 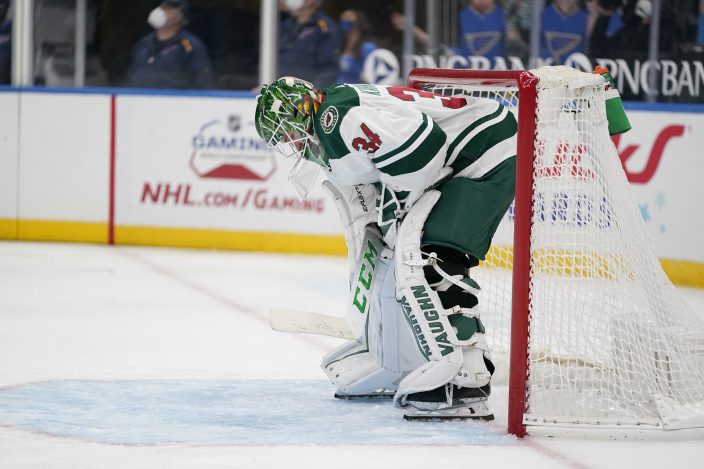 Zach Parise scored and Kaapo Kahkonen made 29 saves for the Wild, who allowed a season high in goals for a game. Minnesota has given up 17 goals in its last three games.

The Blues took control with a season-high four goals in the opening period.

Sanford gave the Blues the lead just 92 seconds into the game. It was just the 14th time this season that St. Louis scored first and it improved to 8-1-5 when taking an early lead. 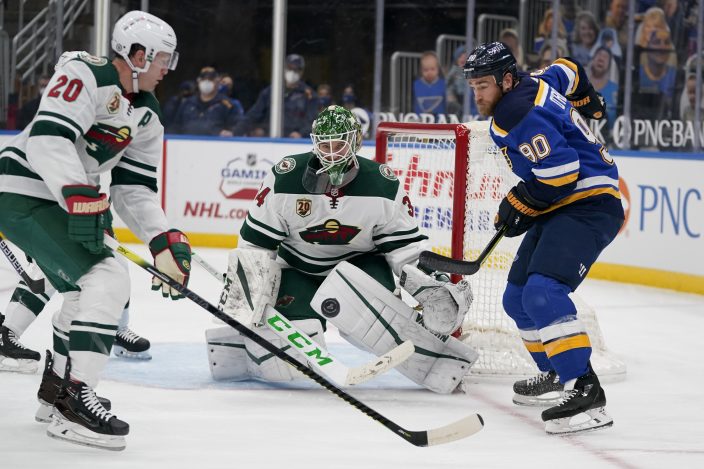 Parise got the Wild on the board 34 seconds later off a rebound from a shot by Carson Soucy. It was his first goal in 14 games.

Schwartz scored his second of the game with 4:37 left in the first as Brayden Schenn found him unmarked in the slot. 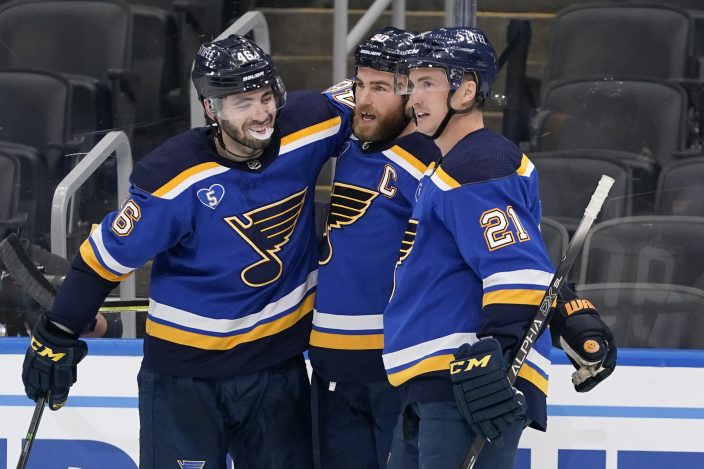 St. Louis Blues' Ryan O'Reilly is congratulated by teammates Jake Walman (46) and Tyler Bozak (21) after scoring a short-handed goal during the second period of an NHL hockey game against the Minnesota Wild Friday, April 9, 2021, in St. Louis. (AP PhotoJeff Roberson)

Blais made it 4-1 about 90 seconds later with a one-timer off Faulk's feed from behind the net.

O’Reilly effectively put it away with two early goals in the second period, including an unassisted short-handed score a few minutes later that made it 6-1. 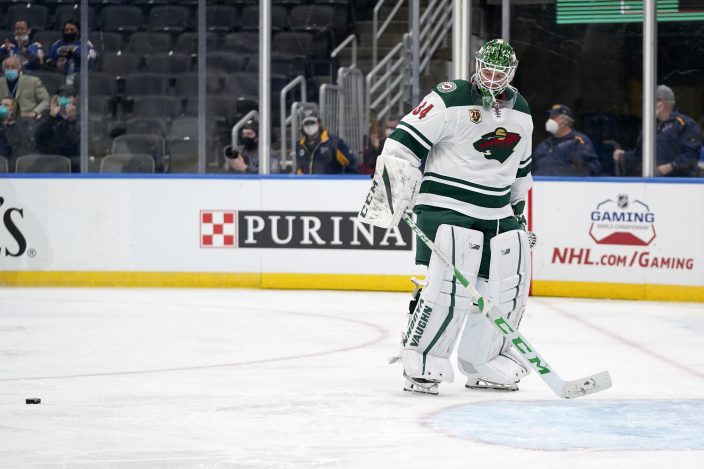 Blues F Mike Hoffman and D Robert Bortuzzo were healthy scratches for the second consecutive game. Hoffman, who signed a one-year, $4 million contract at the start of the season, has been scratched in three of the team’s last six games fueling speculation that he could be moved before the trade deadline.

.The teams play again twice in the next three days — back at Enterprise Center on Saturday night and at Minnesota on Monday night.