San Diego Padres right-hander Joe Musgrove pitched the first no-hitter in the history of his hometown team, allowing only one baserunner in a 3-0 victory over the Texas Rangers on Friday night.

The Padres were the only active MLB franchise without a no-hitter, and it came in their 8,206th regular season game.

“It's awesome to have it be in a Padres uniform,” he said. “To have it be the first in the history of the franchise, that's incredible.” 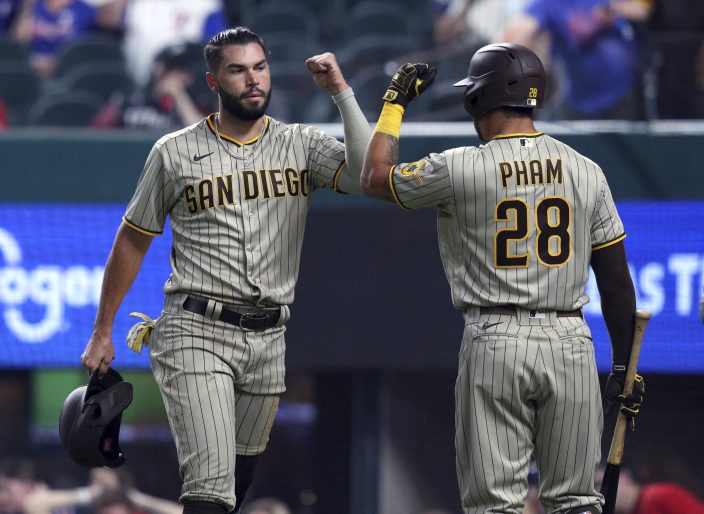 In only his second start for San Diego, Musgrove (2-0) struck out 10 and faced 28 batters, one over the minimum.

The only Rangers baserunner was Joey Gallo, who was hit by a pitch with two outs in the fourth inning. Jose Trevino had a hard lineout to right field for the final out of the eighth, and David Dahl ripped the first out of the ninth right at second baseman Jake Cronenworth.

“There was like three different scenarios where I thought I lost it,” Musgrove said. 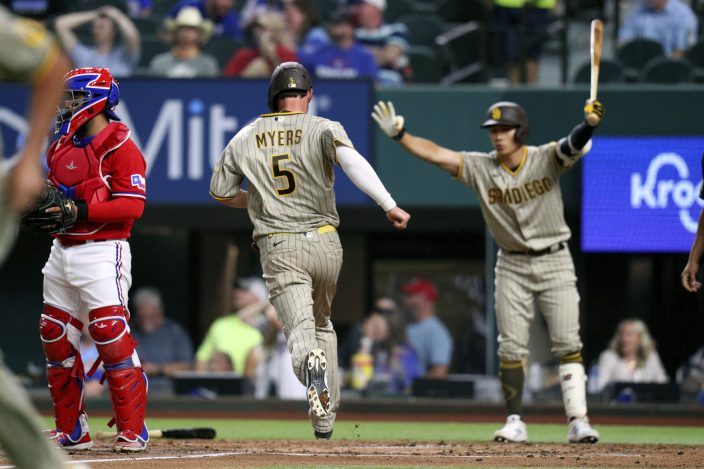 It was the first no-hitter in the majors this season and only the second complete game. 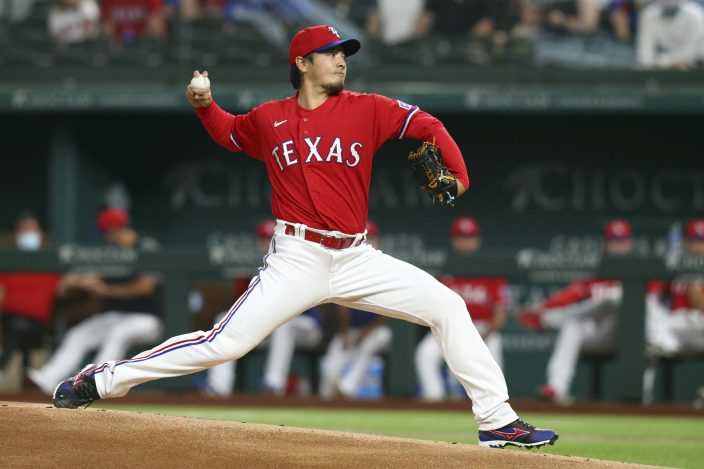 The majors' last no-hitter was thrown by the Chicago Cubs' Alec Mills on Sept. 13, 2020. His catcher was Victor Caratini, who was also behind the plate for Musgrove.

San Diego acquired the big 28-year-old Musgrove as part of a seven-player, three-team trade on Jan. 19. He pitched for Pittsburgh last season.

In his debut for San Diego, which came at home last Saturday, he struck out eight in six scoreless innings against Arizona. He had no walks in winning that game, when he threw 57 of 78 pitches for strikes.

It was the fourth time a no-hitter was thrown against the Rangers. The last had been by Mark Buehrle of the Chicago White Sox on April 18, 2007.

According to Baseball-Reference, there had been 307 no-hitters in MLB history before Musgrove and the Padres. That included 293 individual no-hitters and 14 combined no-nos.

Wil Meyers put the Padres ahead to stay in the second inning with his RBI double, then scored from second base on Tommy Pham's flyout to deep right-center to make it 2-0 against Kohei Arihara (0-1).

Arihara made his first start for the Rangers after pitching the last six seasons in Japan. He allowed five hits and three runs (two earned) over four innings. He threw only 73 pitches.

The double by Meyers got Eric Hosmer home from first base, though it took a replay review of nearly two minutes for the safe call to stand. Hosmer got his left hand on the plate about the same time catcher Trevino's sweeping tag got him on the shoulder.

Meyers raced home after after Pham’s flyball was caught by Leody Taveras on the track in front of Rangers bullpen in right-center. Taveras made a clear catch, but when he turned to throw the ball back in, he scooped it out of his glove and it rolled away from him.

Padres: CF Trent Grisham was at the top of the batting order after being reinstate from the 10-day injured list. He missed the first seven games of the regular season because of a left hamstring strain sustained in mid-March. OF Brian O'Grady was optioned to the alternate training site. Grisham was 2 for 4 with a double in the third, when he scored on a double by Manny Machado.

Rangers: Right-handed reliever Matt Bush (right elbow inflammation) and third baseman Brock Holt (right hamstring strain) were put on the 10-day injured list. Bush has pitched only three innings in his comeback from missing 2 1/2 seasons because of twice having elbow surgery. ... LF David Dahl was out of the lineup, with manager Chris Woodward describing him as just being a little under the weather.

RHP Chris Paddack (0-1) starts for the Padres, who will go for their sixth consecutive win over the Rangers. RHP Jordan Lyles (1-0) pitches for Texas.