Trae Young scored 42 points, Clint Capela had 22 points and 10 rebounds, and the Atlanta Hawks overcame a sizzling performance by Zach LaVine to beat the Chicago Bulls 120-108 on Friday night.

LaVine scored 39 of his career-high 50 points in the first half, and Nikola Vucevic had 25 points and 10 rebounds but the Bulls' three-game winning streak was snapped. Chicago was trying to win four straight for the first time since December 2017.

LaVine, who set the NBA high for points in the first half this season, scored 25 straight in the second quarter, but the Hawks didn’t go easily, taking an 86-84 lead entering the fourth. 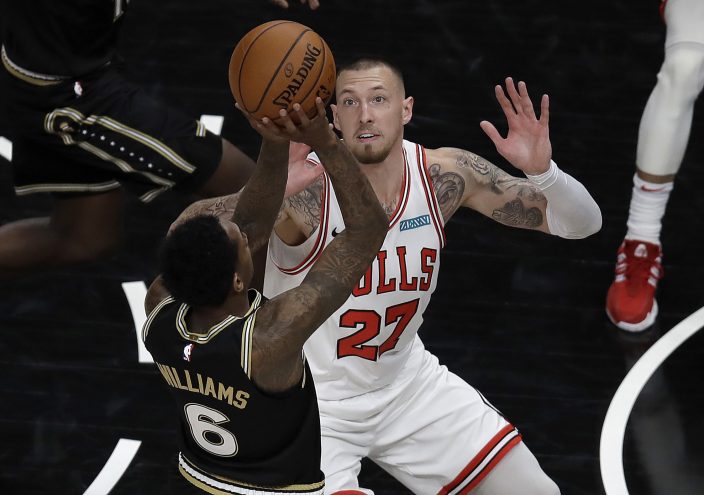 It appeared the Bulls were in good shape when LaVine hit a layup to put Chicago up 88-86 with 11:07 remaining. But Danilo Gallinari, who finished with 20 points in a reserve role, drilled a straightaway 3 at the 5:48 mark. Young fed Capela for an alley-oop dunk two possessions later to make it 104-101 in favor of the Hawks.

Another straightaway 3 by Gallinari and a bank shot by Young put Atlanta ahead 111-103 with 3:26 to play. LaVine came out of a timeout to commit a traveling turnover, and the Hawks took a comfortable 10-point lead on Capela’s dunk with 2:42 remaining.

Gallinari followed with a 3 from the left wing to put Atlanta up 116-106 in the final minute to extend a 19-4 run and end any remaining suspense. 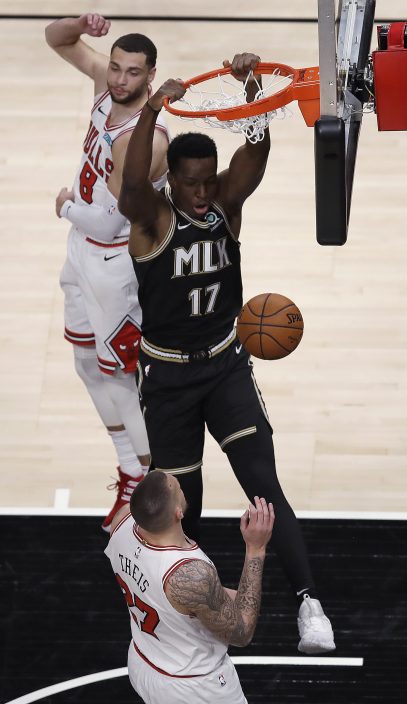 LaVine, the first Bulls player to score 30 in the first half since Michael Jordan had as many on Feb. 24, 1997, against Portland, had another crowning achievement this season. He began the game as one of three players to average 25.0 points while shooting 50% from the field, 40% on 3s and 85% on free throws.

Young hit a straightaway 3 and a runner to cut the deficit to six early in the third and hit another runner in the lane to make it 73-69 midway through the third. The Hawks finally broke through, taking the lead on Onyeka Okongwu’s putback in the final minute of the period. 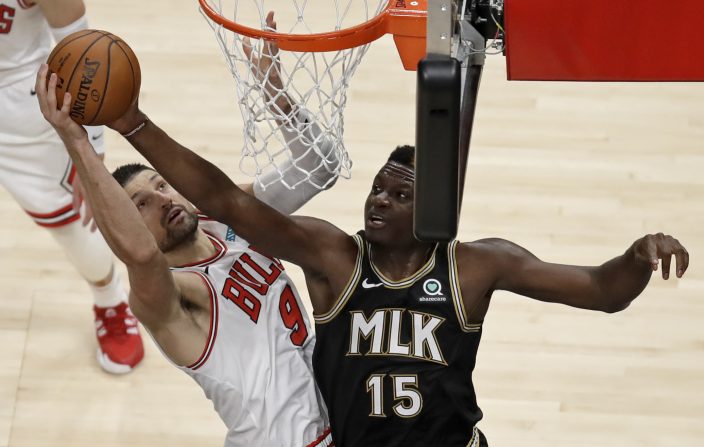 Chicago Bulls' Nikola Vucevic, left, and Atlanta Hawks' Clint Capela (15) vie for a rebound during the first half of an NBA basketball game Friday, April 9, 2021, in Atlanta. (AP PhotoBen Margot)

LaVine’s previous season high was 46 on Feb. 10 against New Orleans.

Bulls: Coach Billy Donovan said swingman Garrett Temple is making progress, but still isn’t close to returning from a right hamstring strain. He has missed six straight games. “He’s made progress over this last week where he’s able to do some (straight-ahead running). He’s been able to shoot. I still don’t have a timetable until he’s maybe able to take another step where he’s able to do some sprinting and cutting and running at full speed. He’s not doing any of that, but he is inching closer to getting back.” 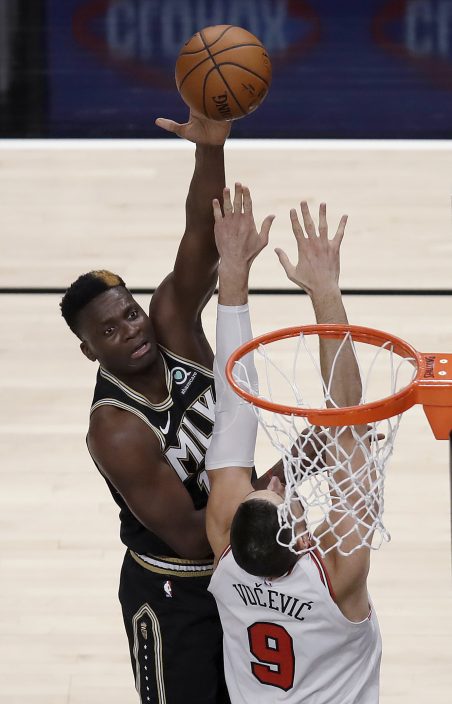 Hawks: Atlanta played its sixth straight game without starting power forward John Collins, the team’s second-leading scorer and rebounder, and interim coach Nate McMillan didn’t have an immediate timetable for his return from a left ankle sprain. Atlanta is also without two other starters — Cam Reddish (right Achilles soreness) and De’Andre Hunter (right knee soreness) — from their opening night lineup. “It’s an adjustment you have to make when you have injuries, and we’ve been unfortunate to have a lot of injuries this season with guys in and out of the lineup,” McMillan said. 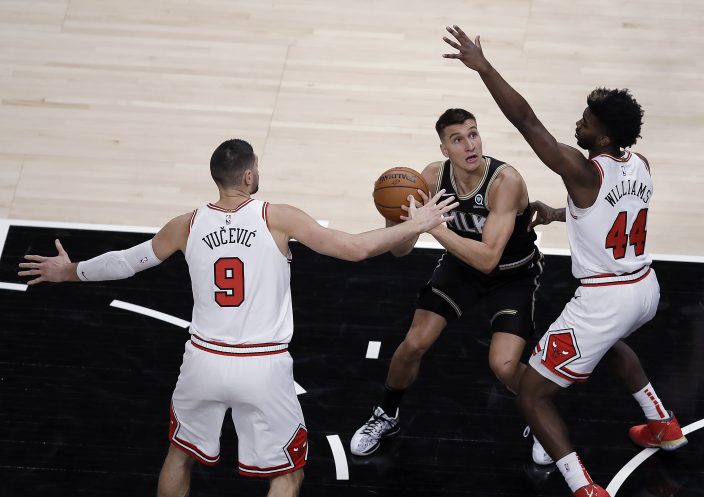 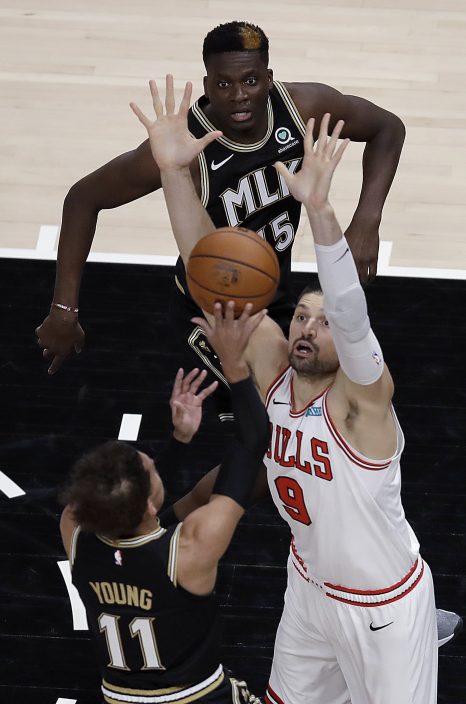 Chicago Bulls' Nikola Vucevic (9) defends against the shot of Atlanta Hawks' Trae Young (11) during the first half of an NBA basketball game Friday, April 9, 2021, in Atlanta. (AP PhotoBen Margot)