American international Christian Pulisic scored twice for Chelsea in its 4-1 win at Crystal Palace that moved the team into fourth place in the Premier League on Saturday.

Pulisic was a scorer against West Brom, too, and now has 13 goals overall in the Premier League — tying him with Roy Wegerle for third among American players in England's top flight. Pulisic has scored in consecutive league games for the first time since June last year. 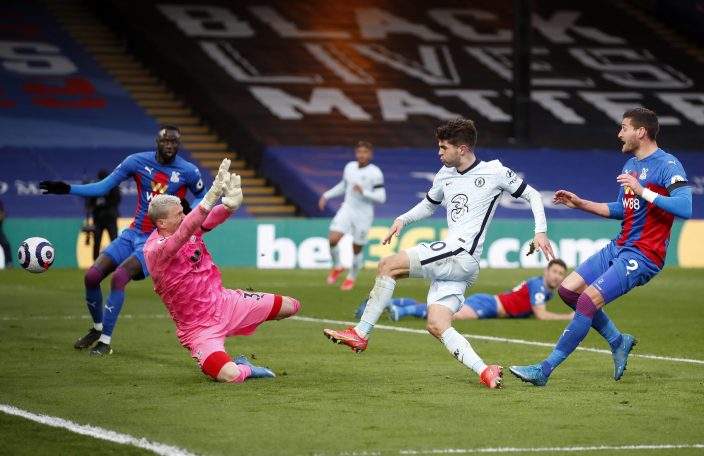 Chelsea is only two points behind Leicester in third.

Havertz put Chelsea ahead with only his second league goal since a big-money offseason move from the Bundesliga, producing a curling left-footed strike from eight meters in the eighth minute.

The former Bayer Leverkusen forward had an assist within 120 seconds, too, playing in Pulisic who smashed a finish into the roof of the net from close range. 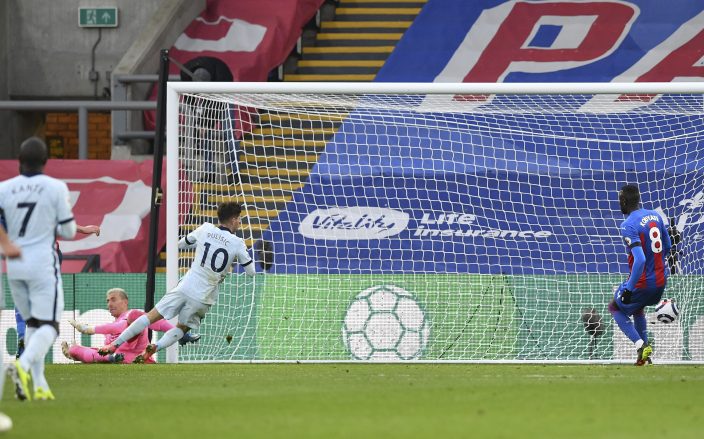 Havertz almost had a goal-of-the-season contender in the 22nd minute but his volley, after a wonderful flick over Patrick Van Aanholt, was saved.

A third goal did arrive in the 30th minute when Zouma headed home a free kick from Mason Mount.

With Porto up next on Tuesday in the second leg of the Champions League quarterfinals — Chelsea leads 2-0 from the first leg — Chelsea manager Thomas Tuchel was able to withdraw Jorginho after an hour but Palace added some tension to the occasion by pulling a goal back in the 63rd.

Jeffrey Schlupp made an immediate impact from the bench, crossing for Christian Benteke to grab his sixth goal of the campaign with a header which was the Eagles’ first effort of the match.

Normal service was quickly resumed when Gary Cahill made a last-ditch block against his old club to deny Mount, but a fourth goal came in the 78th.

Reece James was afforded too much space on the right by a weary home defense and Pulisic finished at the back post.

There was a two-minute silence before the game to honor Prince Philip, the husband of Queen Elizabeth II, who died on Friday at the age of 99.