The Astros won the opener 6-2 on Thursday night to give them five straight victories over the A’s after a four-game sweep to start the season.

But Oakland’s offense, which sputtered as the A’s limped out to a 1-7 start, got going on Friday night in a 6-2 win powered by three homers and kept it going in the series finale by piling up a season-high 11 hits. The A's and Astros are scheduled off Sunday. 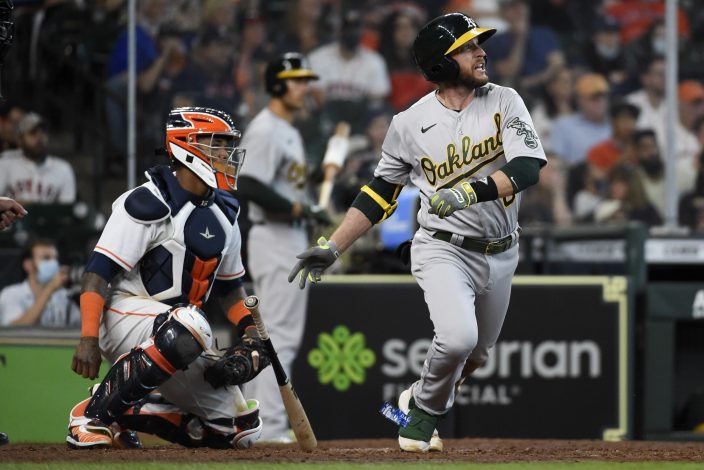 There were two outs in the fifth when the A’s got a single from Mark Canha. Laureano followed with his drive, which bounced off the train tracks atop left field, to push the lead to 4-0.

The bases were loaded with two outs in the seventh when Jed Lowrie knocked a single into shallow center field to stretch Oakland’s advantage to 6-0.

Brown sent a homer into the second deck in the eighth inning to give the Athletics five home runs in the last two games after they managed just three in their first eight. 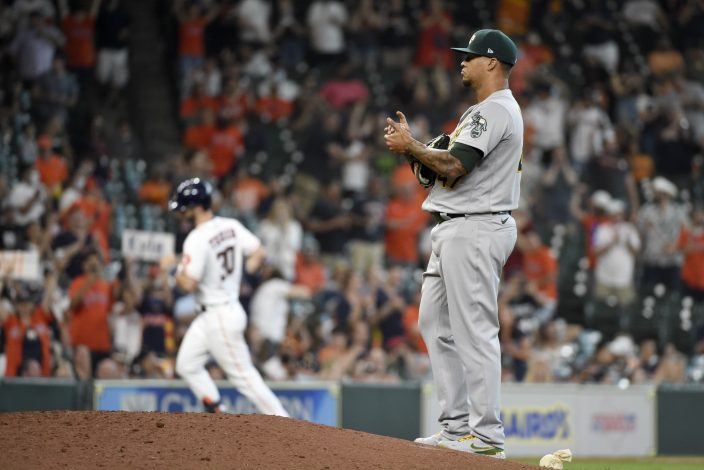 Saturday’s victory was helped by a strong start by Frankie Montas (1-1), who struggled in his debut, allowing seven runs in less than three innings of a 10-3 loss to the Dodgers. He was much better against the Astros, yielding six hits and one run in six-plus innings to snap a career-long three-game losing streak dating to September.

Montas held Houston scoreless and retired seven in a row before Kyle Tucker’s solo homer to start the seventh ended his day.

Sergio Romo took over for Montas and plunked Aledmys Díaz before he was chased by Jose Altuve’s RBI double with two outs. Jake Diekman took over and he was greeted with a run-scoring triple by Michael Brantley that cut the lead to 6-3. But Diekman retired Carlos Correa to limit the damage. 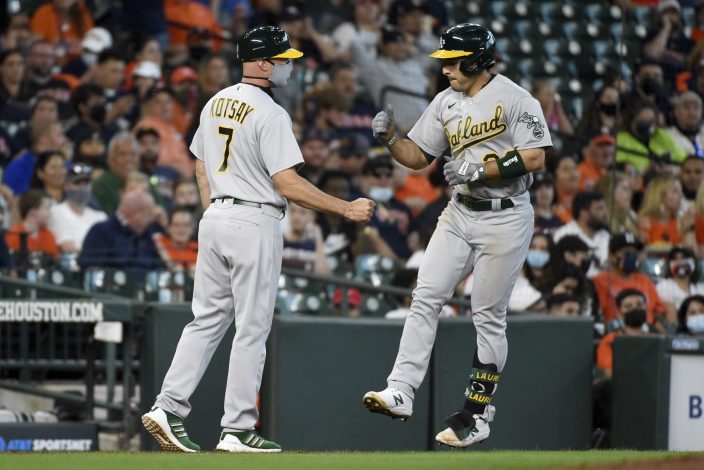 Athletics: DH Mitch Moreland sat out a second straight game on Saturday with a tight hamstring. 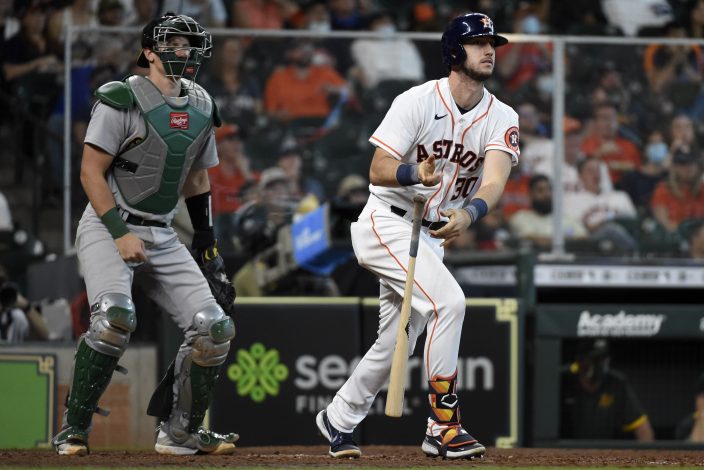 Athletics: Oakland has a day off on Sunday and Chris Bassitt (0-2, 5.56 ERA) will start the opener of a two-game series at Arizona on Monday.

Astros: Houston is also off on Sunday before opening a three-game series with Detroit on Monday. The Astros haven’t announced their rotation for that series.

The New York Mets' depth is being ...