Aaron Civale allowed just three hits while dominating Detroit over 7 2/3 innings and was backed by five home runs, including Jordan Luplow's three-run shot, as the Cleveland Indians pounded the Tigers 11-3 on Saturday night.

Luplow narrowly missed a second three-run homer, settling for a two-run double to finish with a career-high five RBIs.

Civale (2-0), who beat the Tigers in his season debut a week ago, continued a run of strong starting pitching for Cleveland. The right-hander gave up two singles and faced the minimum through six innings before Robbie Grossman homered off him in the seventh. 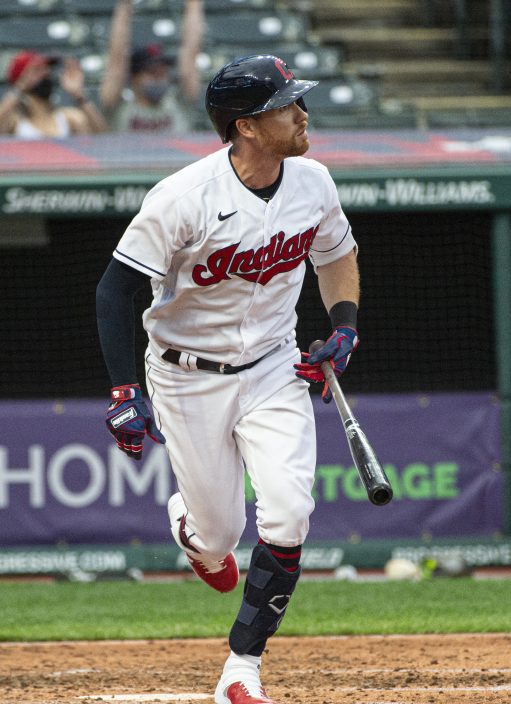 Civale didn't give up a walk and struck out six before manager Terry Francona replaced him in the eighth after 90 pitches.

Jeimer Candelario hit a two-run homer in the ninth for Detroit.

Luplow's 432-foot shot to straightaway center with two outs in the fourth off Tarik Skubal (0-1) put the Indians ahead 6-0. 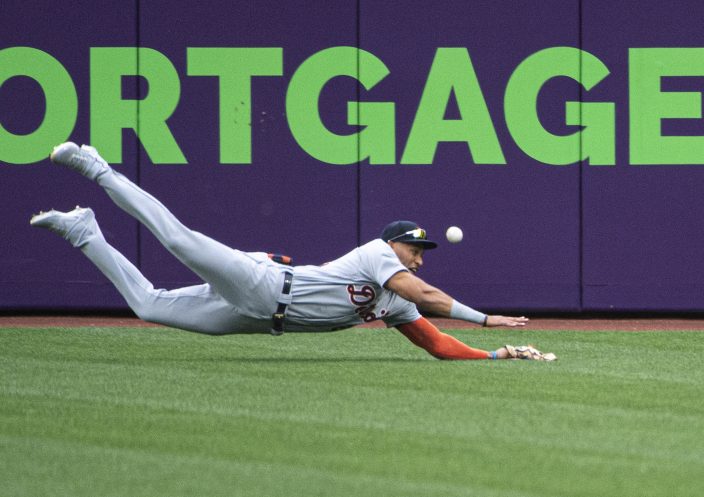 Franmil Reyes hit his third homer in two days, Roberto Pérez and Andrés Giménez each added a two-run homer and César Hernández had a solo shot for the Indians, who will try to complete a three-game series sweep Sunday.

The Indians have homered nine times in their past three games. They're 4-0 when hitting more than one homer.

Luplow appeared to hit his second three-run homer in the sixth, but the umpires ruled it hit the top of the wall in left and the call was upheld following an unusually long video review. 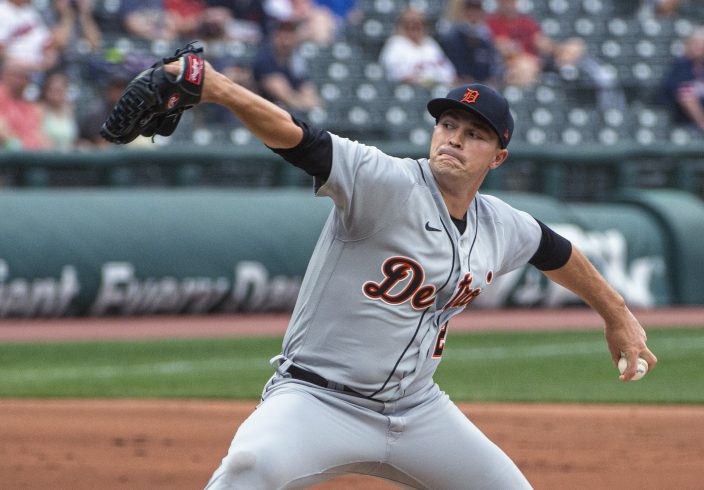 Luplow crouched at second base almost as if he was praying while the umpires conferred.

With Detroit starting a left-hander, Luplow got the start in center because he's a .270 career hitter against lefties. In the fourth, Yu Chang doubled with one out, Pérez walked, and one out later, Luplow rocketed his second homer to the deepest part of Progressive Field. With San Diego finally getting its first no-hitter on Friday, the Indians now have the longest current drought between no-nos in the majors. Cleveland hasn't had one since Len Barker's perfect game in 1981.

Of course, the Indians also own the longest ongoing World Series drought dating to 1948. 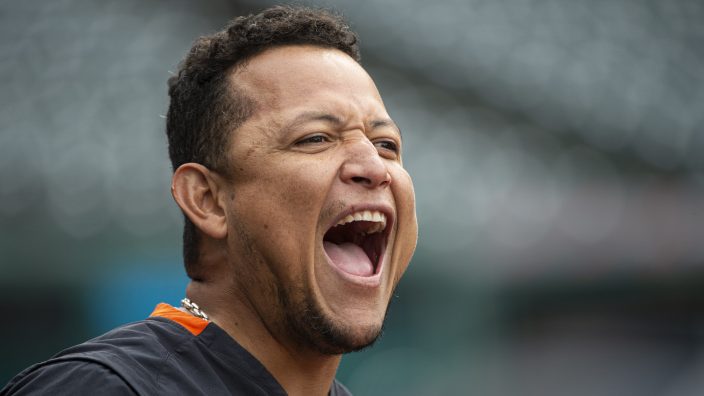 Emmanuel Clase has been a revelation for the Indians after the reliever spent last season on the restricted list due to an 80-game drug suspension.

The team knew the right-hander, who came over in 2019 from Texas in the trade involving two-time Cy Young Award winner Corey Kluber, had potential. They didn't expect him to blossom this quickly.

“We didn’t get a chance to get to know him last spring real well,” Francona said. "Then he was gone and he was out in Arizona. This spring, he seems like a different person. He’s really embraced being a part of our team and our organization.

“Boy, he loves to fill up the strike zone. That’s a good thing. His future and present is really bright."

Tigers: RHP Julio Teheran will miss multiple starts with a shoulder strain. Teheran was warming up for Friday's series opener when he felt tightness in his triceps and was shut down. The 30-year-old was a non-roster invitee this spring. Michael Fulmer, the 2016 AL Rookie of the Year who underwent Tommy John surgery in 2019, will temporarily take Teheran's rotation spot.