The kid yawned. Nothing really remarkable about that except when and where it happened: Will Zalatoris was in contention and standing in the middle of the 13th fairway at Augusta National, one of the last places on the planet where sleepy will do.

Maybe it was his youth. Or else because there’s already such a “pinch-me” quality to the story of how Zalatoris got himself into contention at the Masters that worrying about what could go wrong was the last thing on the 24-year-old’s mind.

Either way, he stepped into the approach shot awake and alert, launched the ball down the fairway and followed behind like he didn’t have a care in the world. Turns out Zalatoris didn’t. 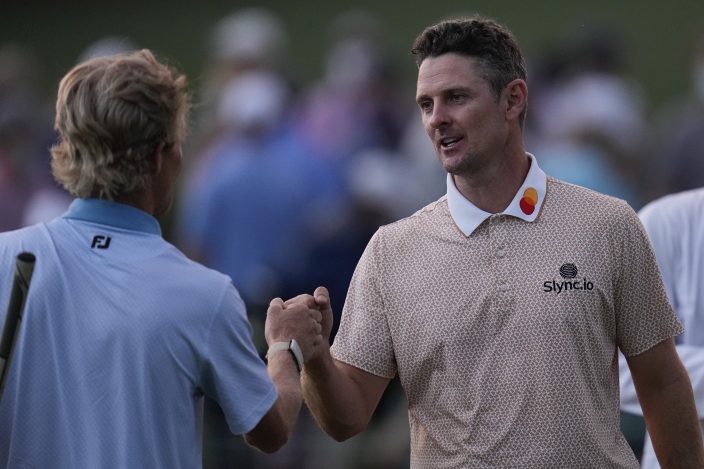 Justin Rose, of England, bumps fists with Will Zalatoris, left, on the 18th hole during the third round of the Masters golf tournament on Saturday, April 10, 2021, in Augusta, Ga. (AP PhotoGregory Bull)

“I thought I might have been a little bit more nervous than I was, to be honest,” he said afterward. “I think it’s just something that I’ve wanted to be here my entire career, and like I said, I’m not going to shy away from it.

“I’ve wanted to do this. I’ve wanted to put on a green jacket my entire career,” he added, “and I’ve got a good opportunity to do it.”

A slim one, to be sure. Playing in the final group Saturday alongside third-round leader Justin Rose, Zalatoris managed to hang onto a share of second place at 7 under, but just barely. He started the day at 6 under, beat Rose in the head-to-head match, 71-72, only to find out that Hideki Matsuyama had passed them both with a blistering 65 and opened up a four-shot gap at the top of the leaderboard. 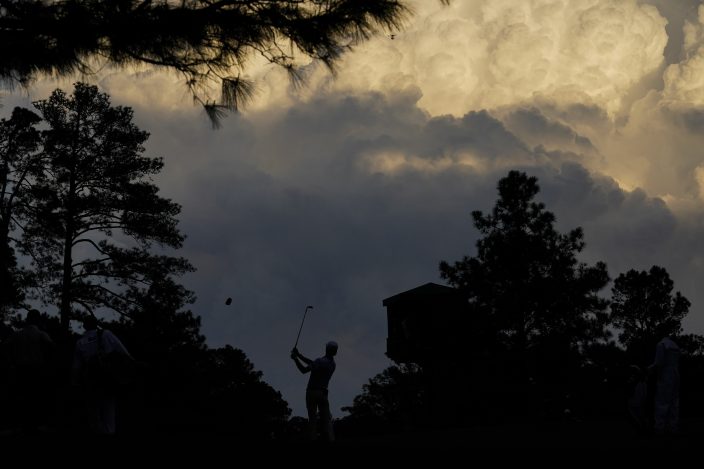 Will Zalatoris tees off on the 17th hole during the third round of the Masters golf tournament on Saturday, April 10, 2021, in Augusta, Ga. (AP PhotoGregory Bull)

Somehow, Zalatoris didn’t find that daunting either. So when someone asked what experience he’d draw on to navigate the most important round of his life, he didn’t have to think long or hard.

“Oh, man, everything’s been so new and shiny,” he began. “I think, if anything, I’ve had — over the past year and a half — I’ve had to make a lot of putts on 18 to make a cut or get into a playoff or Monday qualify.

“And the fact that I’ve done that very consistently over the past year-and-a-half, I think, is what’s really led me to be tied for second going into Sunday at the Masters.” 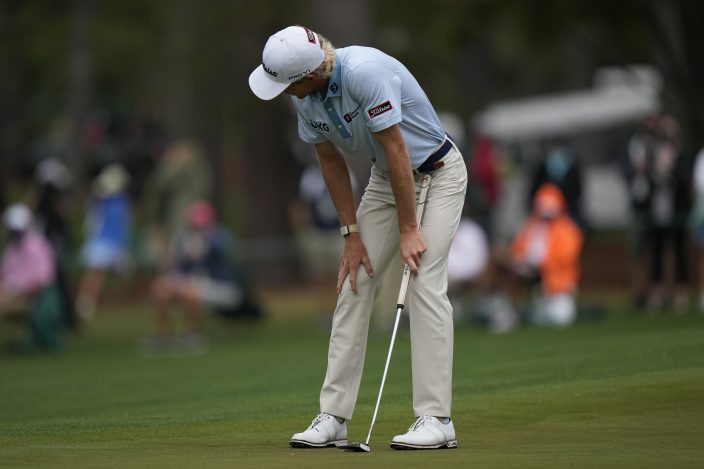 Will Zalatoris reacts to a missed putt on the 16th green during the third round of the Masters golf tournament on Saturday, April 10, 2021, in Augusta, Ga. (AP PhotoMatt Slocum)

Some guys come by their cool honestly. Zalatoris came by his growing up, first in California, and then in Dallas, surrounded by golfing luminaries and squaring off against some of the toughest junior competition the game has to offer.

As a youngster, he listened to Hall of Famer Lanny Wadkins explain how to play Augusta National and filed the lessons away for future use. As a teenager, he squared off against the likes of Jordan Spieth and Scottie Scheffler and gleaned something win or lose.

None of it guaranteed a smooth ride. But it didn’t dissuade Zalatoris, either. Two years ago, at the start of 2019, he was ranked 2006th in the world. At the start of last year, he was up to 672nd. When 2021 dawned, he was 59th and needed to get inside the top 50 to qualify for the Masters. 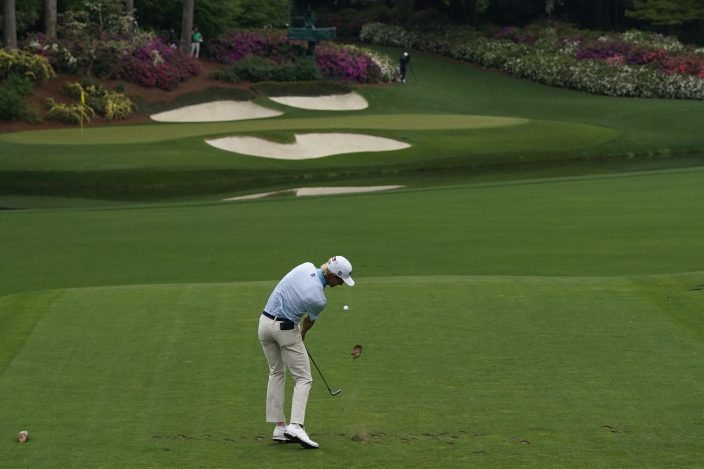 Will Zalatoris tees off on the 12th hole during the third round of the Masters golf tournament on Saturday, April 10, 2021, in Augusta, Ga. (AP PhotoGregory Bull)

The closer he got, the bigger all those gambles seemed. He’d show up for Monday qualifying rounds on the Korn Ferry Tour prepared to drop even farther down into the minor leagues if that’s what it took to eventually earn a place playing alongside the best. But Zalatoris kept filling inside straights, making cuts and nearly every important putt, and piling up top 10s. A sixth-place finish at the U.S. Open last September was the critical piece that catapulted him into the Masters field, and Zalatoris took over from there.

Anyone who expected him to be overwhelmed hasn’t been paying attention. Indeed, if he had regrets about anything that’s happened during his whirlwind tour, it was missing an 8-footer for birdie on No. 18. He’s been at his best when the flame is on high; Zalatoris wanted to experience what that cauldron was like, too.

“I knew that putt was going to put me in the last group,” he said. “It would have been a big advantage, obviously, turning four shots into three shots, but I wanted to be in that last group. Obviously, I won’t be there. 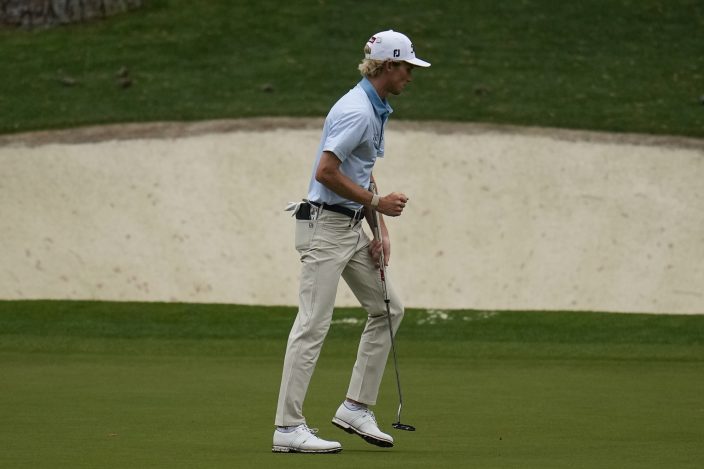 Will Zalatoris punches the air after his putt on the 10th green during the third round of the Masters golf tournament on Saturday, April 10, 2021, in Augusta, Ga. (AP PhotoGregory Bull)

“But four shots back,” he added, “a lot of great players are right there with me. Keep doing what we’re doing, hit some wedge shots a little bit tighter, and run the tables.”