Alex DeBrincat had a goal and an assist, Kevin Lankinen stopped 23 shots and the Chicago Blackhawks rallied from an early two-goal deficit to beat the Columbus Blue Jackets 4-3 on Saturday night.

Carl Soderberg, Wyatt Kalynuk and Dylan Strome also scored for the Blackhawks, who had dropped five of the last seven while battling Nashville and Dallas for the fourth playoff spot in the Central Division.

Michael Del Zotto, Cam Atkinson and Patrik Laine had goals for Columbus, and Elvis Merzlikins made 24 saves. The Blue Jackets have lost two straight and nine of the last 11. 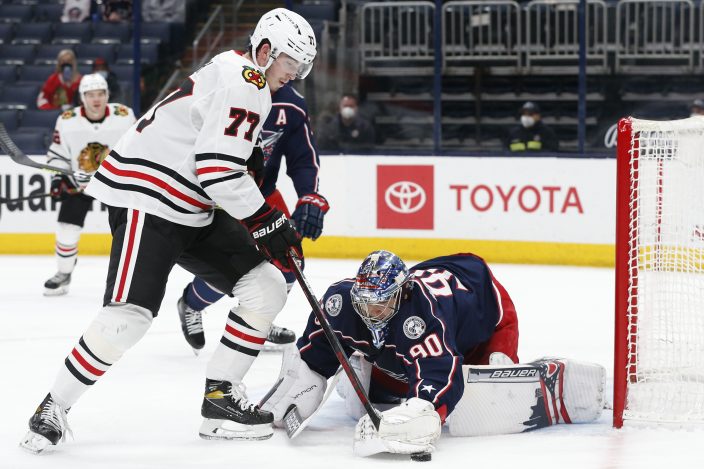 Earlier in the day, Columbus traded one of the team's longest-tenured players, defenseman David Savard, to Tampa Bay for draft choices.

The Blue Jackets started strong and then faded.

Del Zotto connected on a shot from the blue line 1:03 into the game, and two minutes later Atkinson tapped in a goal off a nice feed from Jack Roslovic from the right wall to put Columbus up 2-0. 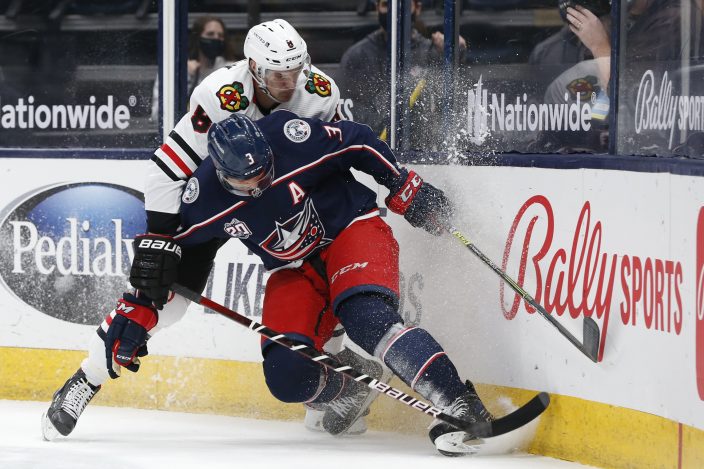 The Blackhawks stormed back. DeBrincat scored on a one-timer from the right circle in the final seconds of a power play at 10:13. Then Soderberg tied it when he lifted a short shot over Merzlikins' shoulder late in the first.

Chicago grabbed the lead early in the second when the puck barely trickled over the goal line as Columbus' Kevin Stenlund dug at it trying to clear, with rookie Kalynuk getting credit for his first NHL goal. Strome tallied late in the second.

With an empty net on the other end, Laine made it 4-3 with 49 seconds left in the game but time ran out for Columbus. 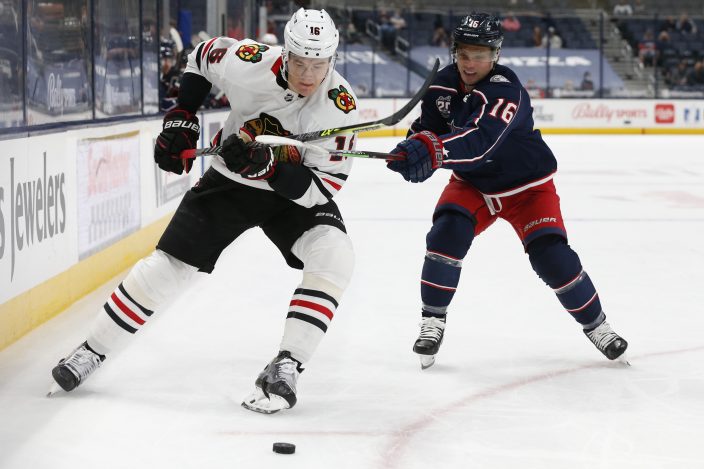 The Blue Jackets were without forward Boone Jenner and defenseman Zach Werenski because of recent injuries. Injured center Riley Nash was traded to Toronto on Friday for a seventh-round draft pick in 2022. Captain Nick Foligno also was scratched with what the team reported as an upper-body injury, but there is speculation he may also be dealt before the deadline. 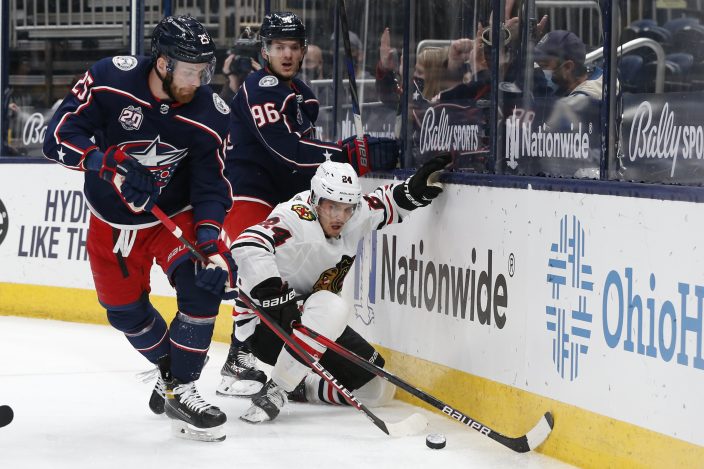 The teams wrap up a two-game series Monday in Columbus. 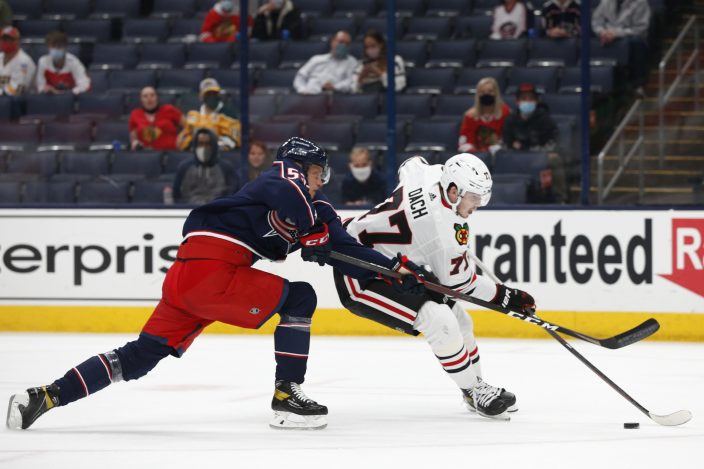