Joel Embiid had 27 points and nine rebounds and the Philadelphia 76ers beat the Oklahoma City Thunder 117-93 on Saturday night to pull even with Brooklyn for the Eastern Conference lead.

On Friday night in a loss at New Orleans, Embiid went just 5 for 16 from the floor and scored 14 points. He was 10 for 17 in three quarters of work against the Thunder.

Furkan Korkmaz added a season-high 20 points for the 76ers. 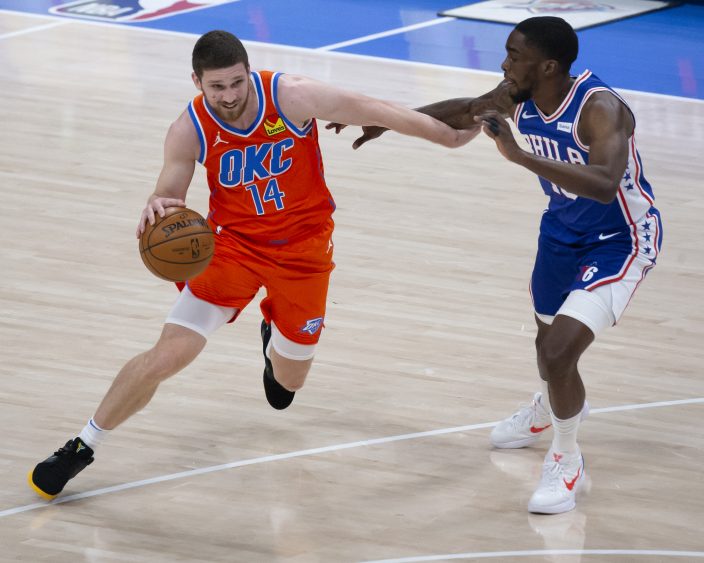 Darius Bazley had 17 points and nine rebounds, and Tony Bradley added 16 points and 14 rebounds for Oklahoma City. The Thunder have lost six straight.

The 76ers led 66-53 at halftime. Embiid made just one of his first four shots, but he went 6-for-6 the rest of the first half and finished it with 21 points. The 76ers led despite making just 5 of 21 3-pointers before the break. The 76ers led 90-76 heading into the fourth quarter.

76ers: Guard George Hill, who the Thunder traded to the 76ers as part of a three-team deal last month, remained out with a right thumb injury he suffered early in the season while playing for Oklahoma City. ... Had just 10 turnovers and forced 23.

Thunder: Guard Theo Maledon hit a corner 3-pointer as time expired in the first half. ... Thunder forward Aleksej Pokusevski left the game in the first quarter with right arm soreness and didn't return. ... Shot 50% from the field. 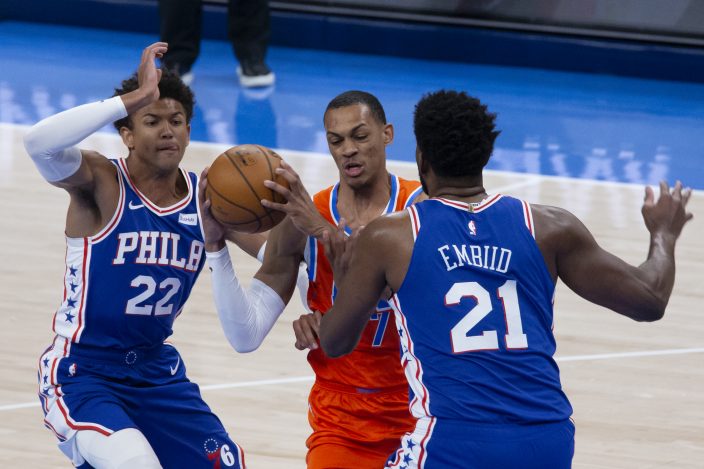 76ers: At Dallas on Monday night.

Thunder: At Utah on Tuesday night.