Bo Bichette had five RBIs, Randal Grichuk hit a three-run double during a seven-run second inning and the Toronto Blue Jays stopped a four-game skid by routing the Los Angeles Angels 15-1 on Saturday night following a rain delay that lasted more than 2 1/2 hours.

Bichette had two-run doubles in the third and fourth, and Vladimir Guerrero Jr. added RBI singles in both innings as the Blue Jays went up 14-1. The pair drew bases-loaded walks in the second from José Quintana (0-1), who allowed seven runs, five hits and four walks in 1 2/3 innings.

After the start was delayed 2 hours, 38 minutes, the first four innings took 2:07 to play. Overall the game lasted 3:21 and ended about 12 hours before Sunday's series finale was scheduled to start. 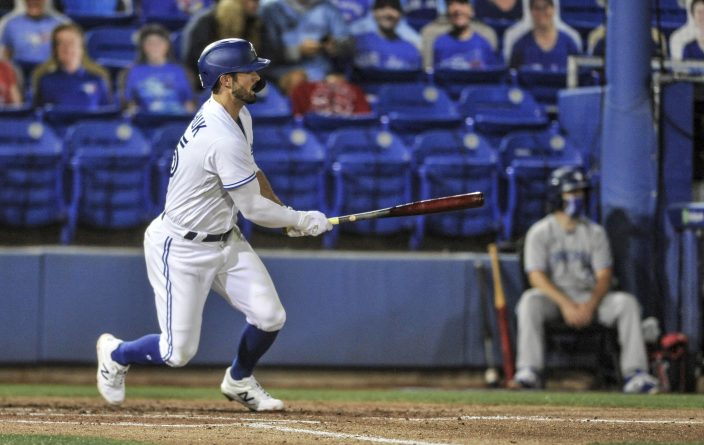 Steven Matz (2-0) gave up one run and five hits over six innings.

Anthony Rendon homered for the Angels, who were trying to go 7-2 and set a franchise record for the best nine-game start to a season.

Los Angeles manager Joe Maddon was ejected for arguing in the third inning, one pitch after a call that Juan Lagares was out at first base stood following a short replay review. 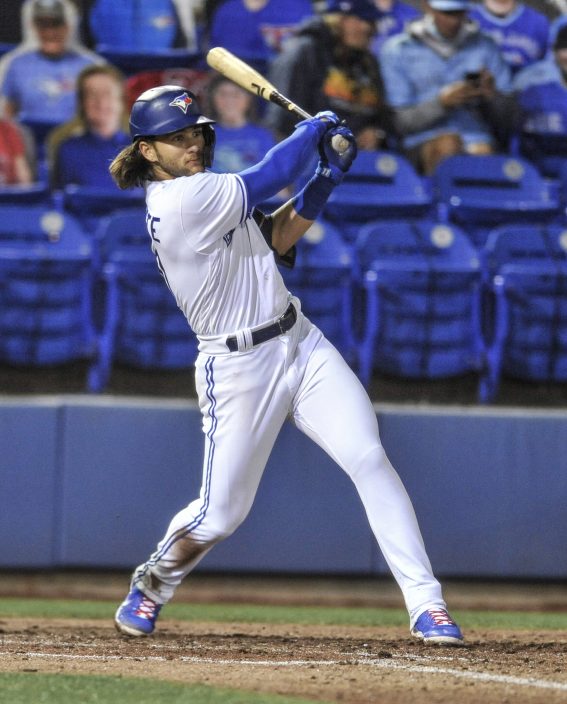 There was a 5:45 double review of a fielder’s choice grounder by Toronto’s Danny Jansen during the second on which the game’s first run scored. Angels shortstop José Iglesias was charged with two errors for missing second base on a forceout try and making an errant throw to first base.

The tarp went on the field at TD Ballpark, the Blue Jays' spring training home being used for the first three homestands, about 2½ hours before the scheduled 7:07 p.m. start time as dark and ominous clouds rolled in from the nearby Gulf of Mexico. Shortly after that heavy rain, lightning and wind gusts between 40-45 mph engulfed the ballpark.

A second storm struck around an hour after the original start time. 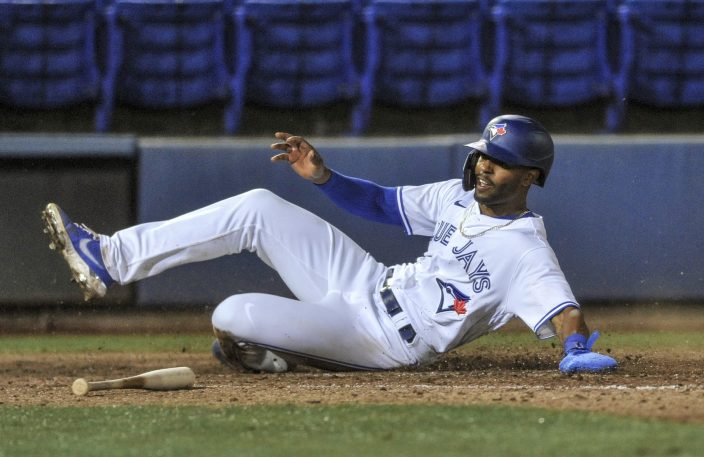 Angels: OF Dexter Fowler was placed on the 10-day injured list with a sprained left knee. He was hurt Friday night when he took an awkward step on second base. … Shohei Ohtani, who had his scheduled pitching start this weekend pushed back due to a blister on his right hand, could throw a bullpen Monday.

Blue Jays: OF Lourdes Gurriel Jr., who left after the second inning with vaccination symptoms Friday night, was placed on the COVID-19 injured list. He might miss just a couple of days. … LHP Ryan Borucki was reinstated from the COVID-19 IL after missing one game with vaccination side effects. … LHP Robbie Ray (bruised elbow) might be ready to pitch during a three-game series against the New York Yankees that begins Monday. 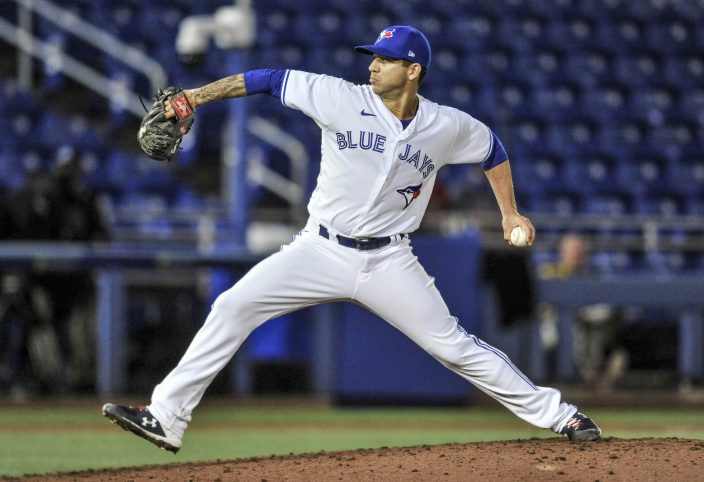 Rendon has played with a number of power hitters during his career and was asked where Ohtani stands. “He’s at the top … but don’t tell him that,” a smiling Rendon said. 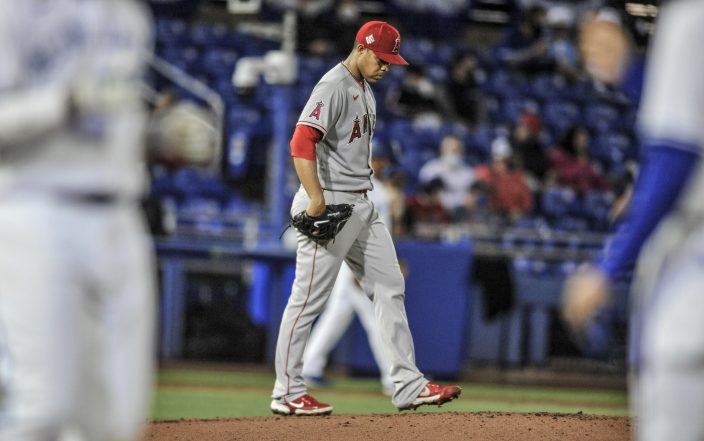 Los Angeles Angels starter Jose Quintana walks back to the mound after giving up a bases-loaded walk to Toronto Blue Jays' Vladimir Guerrero Jr. during the second inning of a baseball game Saturday, April 10, 2021, in Dunedin, Fla. (AP PhotoSteve Nesius) 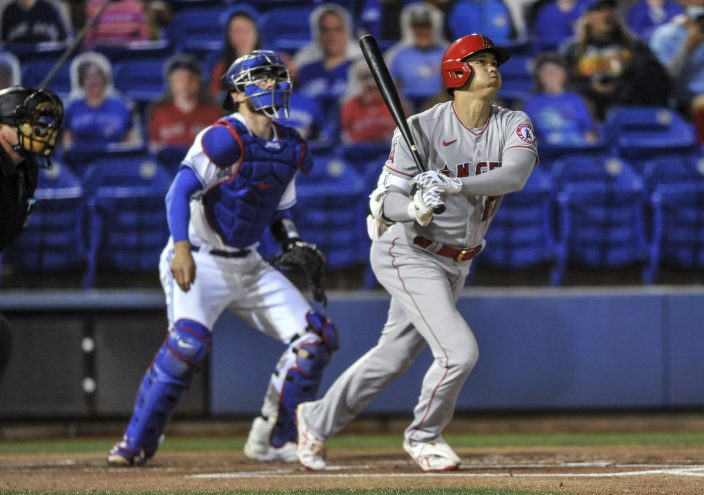 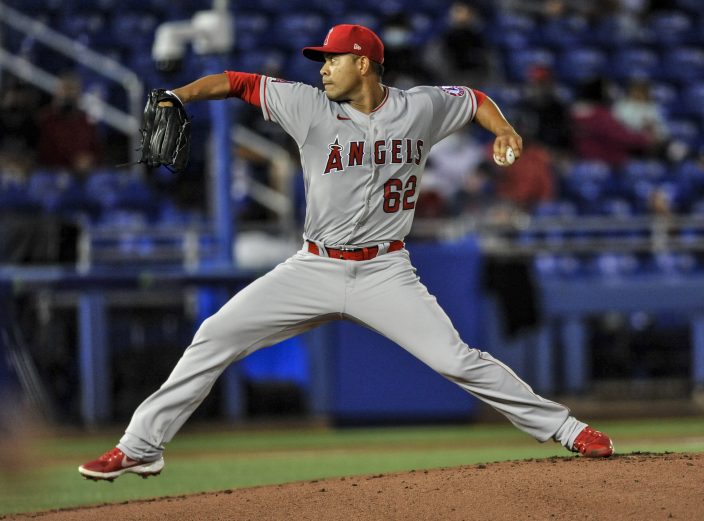 Russian authorities on Monday back ...

Passenger levels for the Middle Ea ...