A season that provided the flickers of a title challenge is now turning into the worst of Jose Mourinho's managerial career.

Of all the managers to inflict Tottenham's 10th loss of the Premier League season, it was Ole Gunnar Solskjaer, who replaced Mourinho at Manchester United.

Maybe that explains why Mourinho was so irritated with Solskjaer after a 3-1 home loss saw Tottenham fall six points from fourth place which is occupied by West Ham again after the east London club beat Leicester 3-2 on Sunday. 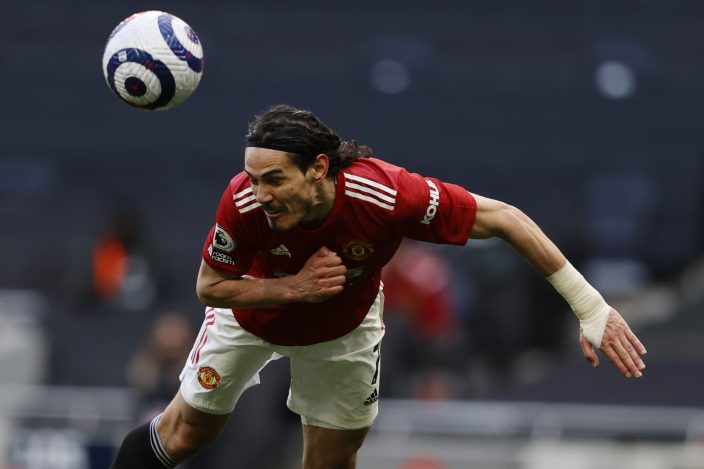 The post-match focus at Tottenham was less on Edinson Cavani’s diving header that put second-place United 2-1 in front and more on the circumstances that denied the forward the game's opening goal.

Cavani had slotted through Hugo Lloris’ legs after the ball was rolled into his path by Paul Pogba. But then the goal was ruled out after a lengthy VAR review penalized Scott McTominay for a push on Son Heung-min who went tumbling to the ground.

“The game has gone ... if that’s a clear and obvious error," Solskjaer said. “We shouldn’t be conned but I have to say, if my son stays down like this for three minutes ... and he needs his 10 mates to help him up, he won’t get any food." 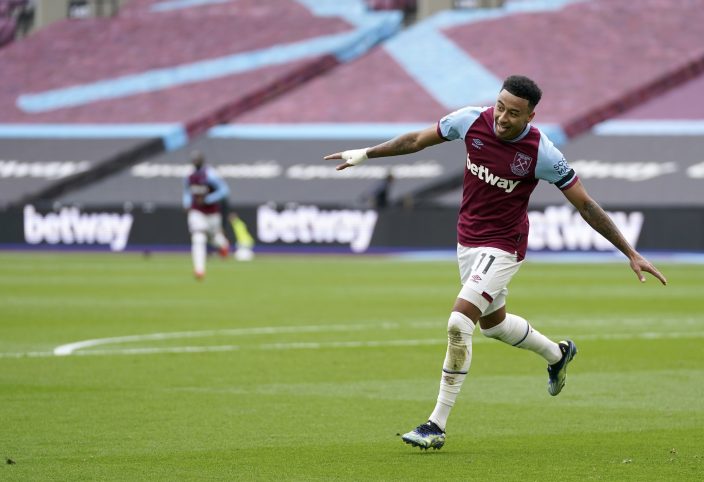 Mourinho bristled at Solskjaer's criticism of Son, who did go on to break the deadlock in the 40th minute.

“Sonny is very lucky that his father is a better person than Ole because I think a father you always have to feed their kids, it doesn't matter what they do," Mourinho said. “If you steal to feed your kids, you steal. I am very, very disappointed. Like we say in Portuguese, ‘Bread is bread, cheese is cheese.’ I told Ole what I think about his comments."

After discovering what Solskjaer had said in a TV interview and quickly challenging him on it, Mourinho was disappointed not to be asked for his reaction in the news conference.

Never before in a career that has seen Mourinho win domestic titles with Porto, Chelsea, Inter Milan and Real Madrid has the Portuguese lost as many as 10 league matches in a season.

While David Moyes — another former United manager — could be leading West Ham into the Champions League for the first time, Mourinho is set to miss out at a second attempt at qualification with the 2019 beaten finalists.

United’s comeback began in the 57th when Fred teed up Cavani for a shot that was parried by Hugo Lloris and the Brazilian followed up with his first Premier League goal since 2018.

Having denied Bruno Fernandes, Lloris was beaten again in the 79th when the Portugal midfielder’s nutmeg helped to set up Mason Greenwood for a cross that Cavani got on the end of with a header.

And Greenwood put further gloss on the win in the sixth minute of stoppage time by scoring after Pogba and Cavani combined to set up the English forward for a shot that Lloris got a touch to but couldn’t keep out.

“I’m not going home upset with my players," Mourinho said. “They gave what they can."

Mourinho had enjoyed a 6-1 win at United in October and Tottenham had been top of the standings in December. But Tottenham has fallen to seventh place, while Solskjaer is still on course to deliver the team’s highest finish since being runners-up three years ago under Mourinho.

Jesse Lingard took his goal tally to eight in nine appearances since joining West Ham on loan from Manchester United. The win allowed West Ham to dislodge Chelsea and move back into fourth place.

Lingard volleyed in the opener and tapped in a second before halftime after being set up by Jarrod Bowen, who added the third three minutes into the second half. Kelechi Iheanacho scored twice for Leicester but the third-place team couldn't produce an equalizer.

Allan Saint-Maximin came off the bench to set up Jacob Murphy's equalizer for Newcastle at Burnley and then scored himself to seal a 2-1 win. It moved Newcastle six points clear of the relegation zone.