China's Zhang Deshun and Peng Jianhua claimed the women's and men's titles respectively at the 2021 Xuzhou Marathon, which also served as the country's qualifying event for the Tokyo Olympics Games here on Sunday.

Competing under cloudy weather conditions, the 25-year-old Zhang led a five-woman leading group after 35 kilometers and emerged victorious from a thrilling home stretch battle to seal the win in two hours, 29 minutes and 11 seconds, beating the course record of 2:31:06 in what was only her second race over the classic distance. 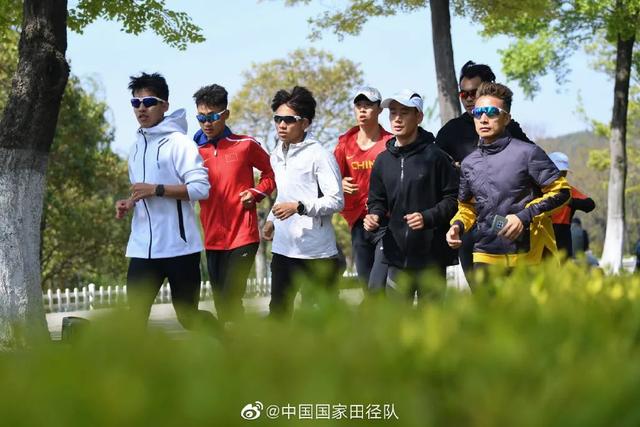 As the 10,000-meter gold medalist at the 2019 World University Games, Zhang registered her marathon debut last December in Macao, China, where she landed a 2:28:43 victory.

Bai Li trailed one second behind Zhang to seize the second place, while Li Zhixuan, winner of the 2020 Shanghai Marathon with a personal best of 2:26:15, lagged one second further behind to finish third.

The men's race also saw a close contest in front of the finish line. Thanks to his strong final sprint, the 24-year-old Peng clocked 2:11:16 to wrap up the victory. Yang Shaohui from Yunnan Province finished second in 2:11:19, followed by Dong Guojian at 2:11:20, who finished 29th at the 2016 Olympic Games in Rio.

According to the qualification rules set by the Chinese Athletics Association, the top three finishers in the trials who have met the Olympic entry standards can represent China to compete at the Tokyo Games this summer. The entry standard for female runners is 2:29:30 and the men's standard is 2:11:30.