With the last short track speed skater stepping off the ice rink that just held an award ceremony, the 10-day test events for Beijing 2022 lowered the curtain here in the Capital Gymnasium on Saturday. 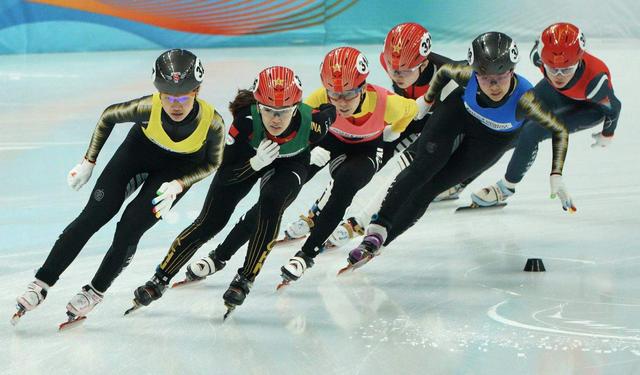 This is the debut of the Capital Gymnasium after completing the renovation as one of the venues for the Beijing 2022 Olympic Winter Games.

Built in 1968, the stadium used to be the capital city's most functional gymnasium. During the Beijing 2008 summer Olympics, it was the volleyball venue having witnessed the championships awarded.

With advanced design concepts, the Capital Gymnasium had the ability to cover both summer and winter sports as early as 1980.

With the original design seats of 18,000, the venue can accommodate 16 table tennis tables for competitions. Under the wooden floor, there are prefabricated concrete slabs and refrigerating tubes to make ice when it comes to winter sports occasions.

Entering the 2022 Beijing Winter Games cycle, the stadium underwent a two-year reconstruction. The exterior was "repaired as the old" with still the beige walls, dark glass windows and facades decorated with vertical lines, and the interior was renewed to meet the needs of Winter Olympics.

"The Capital Gymnasium is a historical building with artistic value and we have to make changes within its original structure," said Ding Dong, venue manager of the Beijing 2022 Olympic competitions site.

Its total seats have been cut to 15,000, with wider seats to make it more comfortable for the audience and 80 barrier-free spectator seats having been added. Also, it has been upgraded with a professional lighting system and equipped with a world-leading integrated video display system.

According to Ding Dong, after the Winter Olympics, the Capital Gymnasium will be able to stage various high-level ice events and summer events, realizing the full coverage of competitions, scientific research training, and mass fitness.