The new-look Mets have a familiar problem so far: Even when Jacob deGrom is on the mound, they're surprisingly beatable.

DeGrom struck out 14 on Saturday, but New York lost 3-0 to the Miami Marlins. In his other start this season, deGrom held Philadelphia scoreless for six innings, but the Mets gave up five runs in the eighth and lost 5-3.

Whether it's blamed on poor run support or shaky relief pitching, New York hasn't taken advantage of deGrom's brilliance the last few years. The right-hander won the Cy Young Award in both 2018 and 2019, but since the start of the 2018 season, he's just 25-20 despite posting a stellar 2.06 ERA. He has 33 no-decisions in that span, and the Mets have lost 22 of those games. 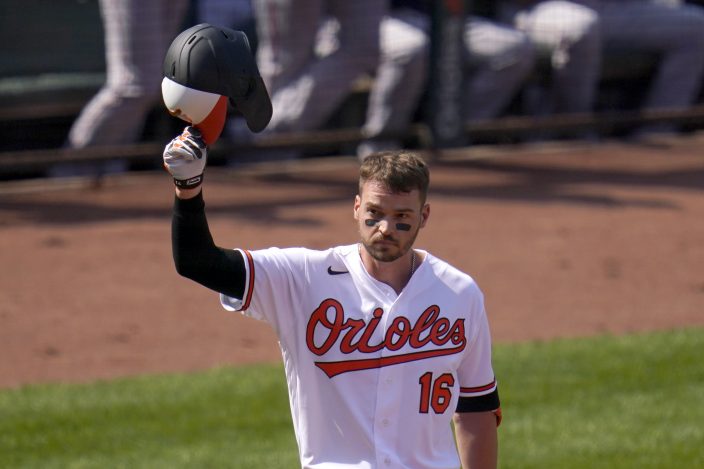 Baltimore Orioles' Trey Mancini tips his helmet as fans give him a standing ovation prior to batting against the Boston Red Sox during the first inning of a baseball game, Thursday, April 8, 2021, on Opening Day in Baltimore. (AP PhotoJulio Cortez)

What's remarkable is that over the past three-plus seasons, the Mets have been mediocre, but they haven't been terrible. They're seven games under .500 in that time frame, so it's not as though deGrom has been pitching for a constant cellar dweller.

But when he's on the mound, New York's offense has been abysmal at times. DeGrom has received 4.10 runs of support per nine innings since the start of 2018, according to fangraphs.com. Only three pitchers with over 300 innings in that span — Cole Hamels, Madison Bumgarner and Derek Holland — have received less run support than deGrom. 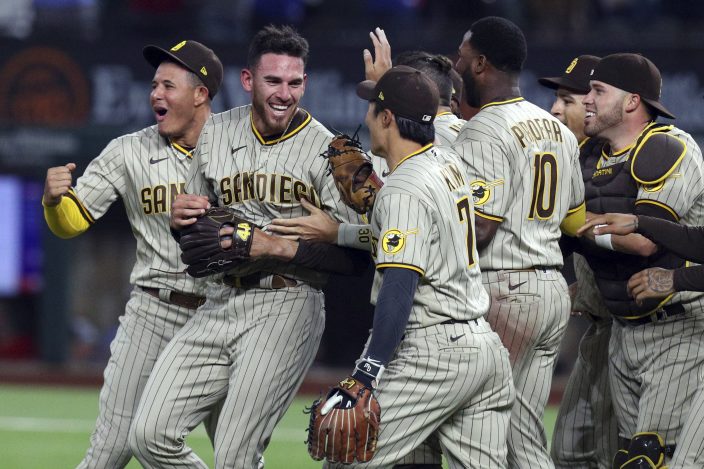 Perhaps the addition of Francisco Lindor will help this year, but so far it's been the same old story for the Mets and their ace.

For what it's worth, the Mets are 2-1 in 2021 in games deGrom didn't pitch. One of those victories was Thursday against Miami, when New York's Michael Conforto was hit by a pitch, forcing home the winning run in the bottom of the ninth. The plate umpire said after the game that the pitch was in the strike zone, and he should have called Conforto out.

Elsewhere in the NL East, Philadelphia edged Atlanta 7-6 on Sunday night. Alec Bohm scored the decisive run in the top of the ninth on a sacrifice fly, even though it appeared he didn’t touch the plate. That play at home was close enough that the safe call was upheld after a review

Trey Mancini of the Orioles received a nice ovation from the home fans — and from the visiting Red Sox — when he came up for his first home at-bat of the season. Mancini is back after treatment for colon cancer. He missed the 2020 season.

That game Thursday was also a return for Eduardo Rodríguez, the Boston pitcher who missed 2020 because of heart inflammation.

LINE OF THE WEEK

The Padres finally have a no-hitter, and it came courtesy of right-hander Joe Musgrove, who grew up in the San Diego area.

Musgrove struck out 10 and allowed only one baserunner in a 3-0 victory at Texas on Friday night. The Padres were the only active major league franchise without a no-hitter.

Out of obscurity, Mercedes and Mullins shine early

Top pitching prospects have had their struggles in 2020

Nationals in a hole, and this year they're short on time

No small-sample problems (yet) for dominant Dodgers