A look at what’s happening in the Champions League on Tuesday with the second legs of the quarterfinals:

Paris Saint-Germain will be without captain Marquinhos after the Brazil defender was ruled out with an injury to his right adductor muscle. Marquinhos scored PSG’s second goal in the first leg but had to be replaced at the half-hour mark. Presnel Kimpembe and Danilo Pereira are set to be paired in central defense and could face a busy night, with Bayern having had 31 shots last week. Bayern, the defending champion, also has injury concerns, with star striker Robert Lewandowski missing with a knee problem, while forward Serge Gnabry is out after testing positive for the coronavirus. It likely leaves Eric Maxim Choupo-Moting to lead Bayern’s attack in Paris against his former team. PSG is seeking to reach the semifinals for the third time, and for the second straight season having lost in the final to Bayern last year. 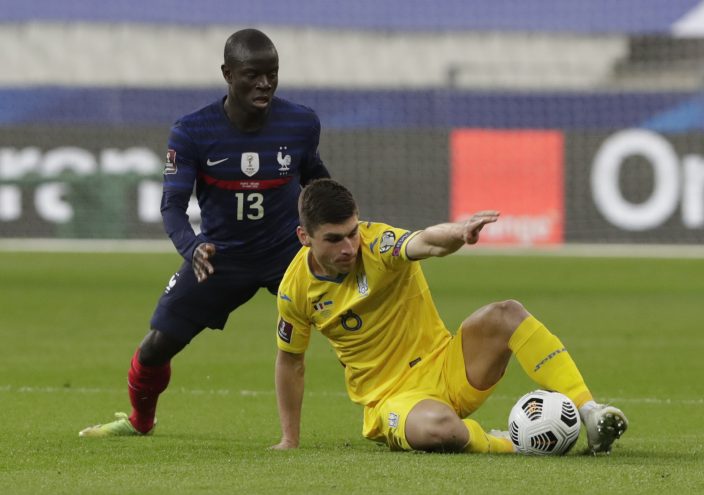 Chelsea is in good shape to reach the semifinals for the first time since 2014 and could be strengthened by the return of N'Golo Kante. The France midfielder has shaken off his latest hamstring problem but manager Thomas Tuchel might decide to keep him fresh for another big match for Chelsea, against Manchester City in the FA Cup semifinals on Saturday. Tuchel remains unsure at this point whether Kante can manage two matches in a week. Porto will be boosted by the return of leading scorer Sérgio Oliveira. Oliveira, who has five goals for Porto in the competition this season, missed the first game because of suspension. He scored twice in the return match against Juventus in the last 16, including in extra time. Both games between Porto and Chelsea are being played in Seville, Spain, because of restrictions related to the coronavirus pandemic. Porto will be considered the away team in the second leg. 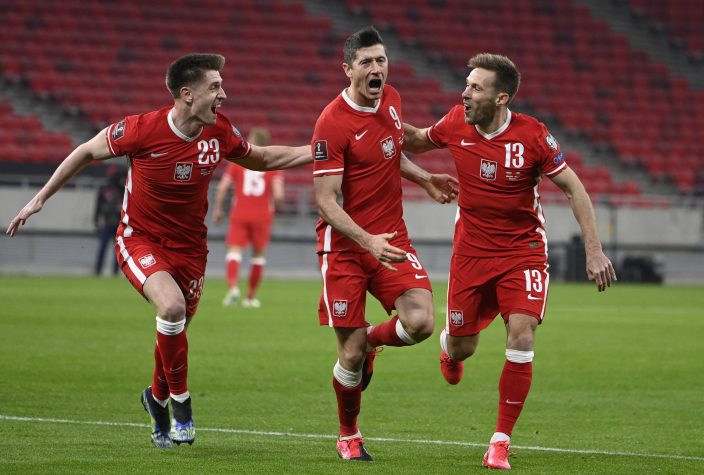 Robert Lewandowski of Poland, centre, celebrates after scoring the third goal against Hungary during the FIFA World Cup 2022 qualifying soccer match between Hungary and Poland in the Puskas Ferenc Arena in Budapest, Hungary, Thursday, March 25, 2021. (Zsolt SzigetvaryMTI via AP)