All schools in Canada’s most populous province will be shut down and move to online learning because of a record number of coronavirus infections fueled by more contagious variants, Ontario's premier announced Monday.

Premier Doug Ford said his government is moving to online-only after the April break this week.

Schools in Canada’s largest city, Toronto, were already shut since last Wednesday. Now it will be provincewide. Toronto and the neighboring Peel region made the decision last week after the province declined to act. 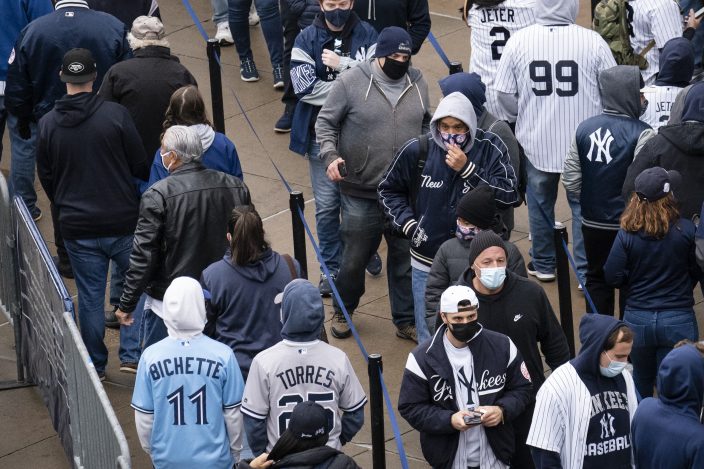 Spectators wait on a security line outside Yankee Stadium before an opening day baseball game against the Toronto Blue Jays, Thursday, April 1, 2021, in the Bronx borough of New York. Fans are back at the ballpark in limited numbers after they were shut out completely during the regular season last year due to the COVID-19 pandemic.(AP PhotoJohn Minchillo)

Ontario is now seeing more than 4,000 new infections a day in recent days, including 4,401 on Monday, and record intensive care numbers.

Spring break began Monday after the province postponed it in March to discourage travel during the pandemic.

“Bringing our kids back to a congregate setting in schools after a week off in the community is a risk I won't take,” Ford said. 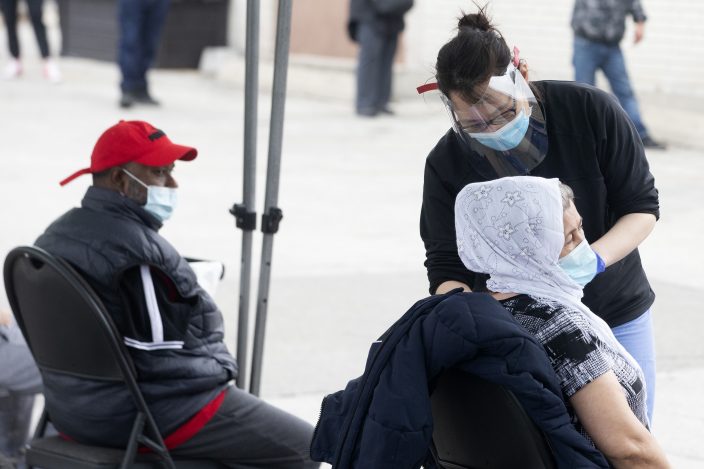 A doctor, from Michael Garron Hospital, administers a Moderna Covid-19 vaccine during the coronavirus pandemic at a mobile vaccination site outside the Masjid Mosque in Toronto, Friday, April 9, 2021. (Chris YoungThe Canadian Press via AP)

Education Minister Stephen Lecce said the government will rely on the advice of the chief medical officer of health of Ontario to determine when schools will resume for in class learning.

Ford has been criticized by health officials for not doing more to get infections under control after months of warnings. 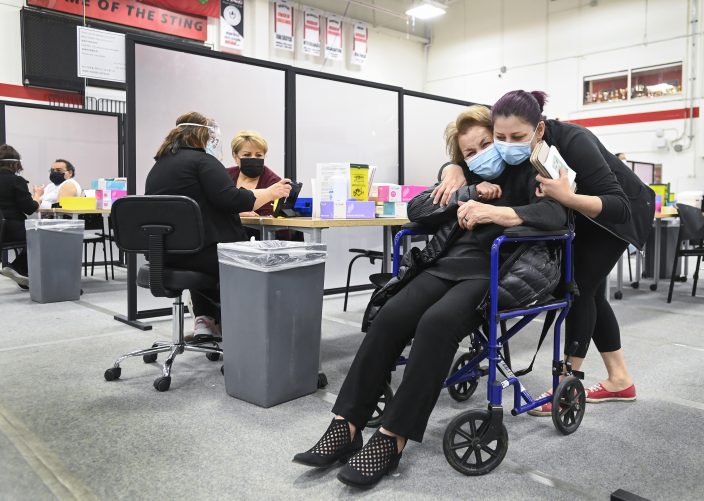 “I can't stress this enough. We are at a critical point right now. Many of the health indicators continue to surpass the worse case scenario," Ford said. “I'm extremely concerned about the new variants.”

Vaccinations have ramped up in Canada in recent weeks and all adults who want a vaccine are expected to get at least one dose by July. Canada has lagged in vaccinations because, like many other countries, it lacks the ability to manufacture vaccines and has had to rely on the global supply chain. While hope is on the way with more than 45 million doses expected to be available by July for the nation of 38 million people, cases in Canada are surging.

The Ontario Hospital Association said nearly all hospitals in the greater Toronto area would close their pediatric units to help accommodate a surge in COVID-19 cases.

Toronto’s chief medical officer of health said the city could see 2,500 daily new COVID-19 cases by the end of April, even with a stay-at-home order in effect.

“When the Hospital for Sick Children is providing ICU care for adults you know you are living in one of the worst periods of the pandemic,” said Dr. Eileen de Villa, the city's medical officer.

Canada’s chief public health officer, Dr. Theresa Tam, said there are more than 33,000 confirmed cases involving contagious variants in Canada. Most still involve the B.1.1.7 variant first detected in the United Kingdom. But Tam said there has also been a “concerning rise” in the number of cases of the P.1 variant, first associated with Brazil, which is particularly worrisome because it may reduce the effectiveness of vaccines.

The Pacific coast province of British Columbia on Monday began vaccinating all adults in the ski resort town of Whistler, which has been hit hard with at least 197 cases of the P.1 variant.