Nick Suzuki and Josh Anderson also scored for the Canadiens, who won for the first time in four games. Auston Matthews and John Tavares replied for the visiting Maple Leafs.

It was the first loss of the year for Toronto goalie Jack Campbell, who set an NHL record with 11 straight wins to start a season. 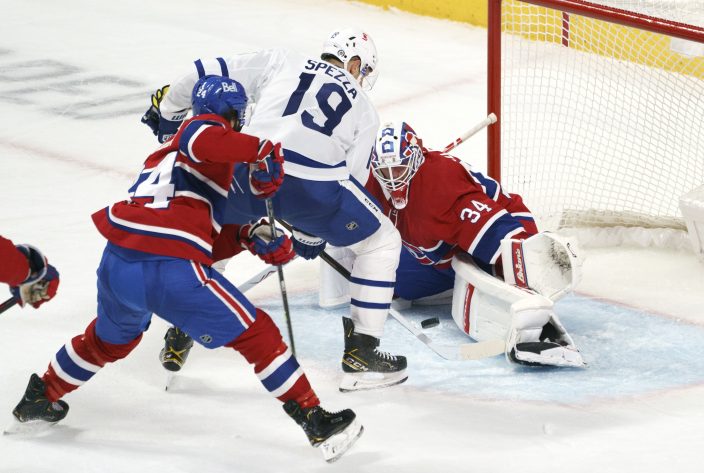 Montreal Canadiens goaltender Jake Allen makes a save off Toronto Maple Leafs' Jason Spezza as Canadiens' Phillip Danault looks on during the third period of an NHL hockey game in Montreal on Monday, April 12, 2021. (Paul ChiassonThe Canadian Press via AP)

It was Toronto’s first regulation defeat since dropping a 4-3 decision to the Calgary Flames on March 19.

The Maple Leafs looked scattered in the early going at Bell Centre. Poor clearing attempts and sloppy defensive play proved costly as a loose puck careened off a skate to Tatar, who shoveled it in at 1:17.

Montreal dominated play over most of the opening period. With Zach Bogosian off for high-sticking, Suzuki fired in a wrist shot from the faceoff circle at 7:53 to make it 2-0. 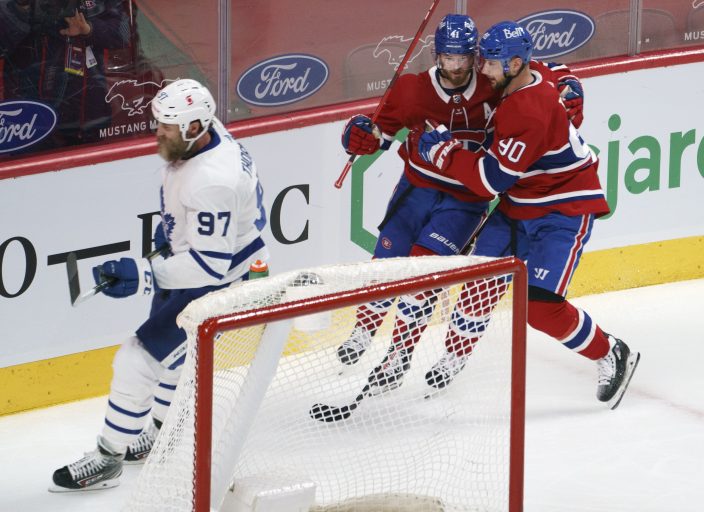 The Maple Leafs were nearly burned on a too-many-men call at 9:58, but Campbell held the Canadiens at bay. Montreal outshot Toronto 11-3 over the first 20 minutes.

The Maple Leafs came out with more zip in the second period and were rewarded at 9:28 when Matthews scored his NHL-leading 32nd goal of the season. He tipped in a pass from Mitch Marner, who picked up his team-leading 39th assist.

Tavares tied the game at 14:57 when he roofed a backhand after a scramble in front of Montreal netminder Jake Allen. 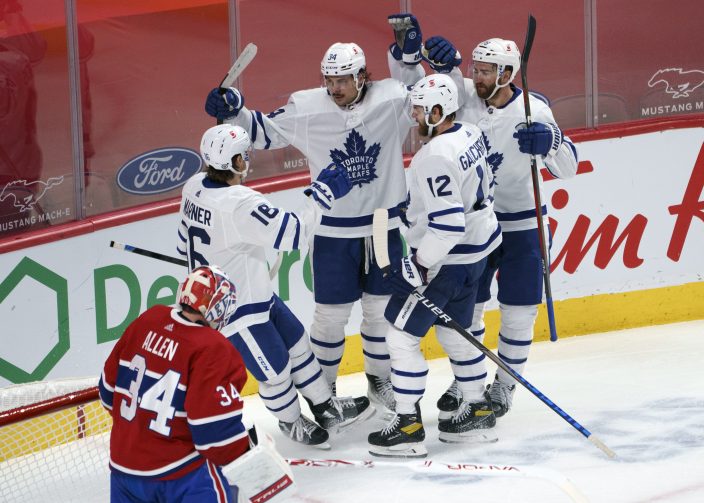 Anderson restored Montreal’s lead at 16:22. He kept the puck on a 2-on-1 break and picked the top corner on Campbell’s glove side.

Jonathan Drouin was called for a tripping penalty midway through the third period, but the Maple Leafs’ power-play struggles continued.

Toronto managed only two shots and has converted only one of its past 36 opportunities with the man advantage. 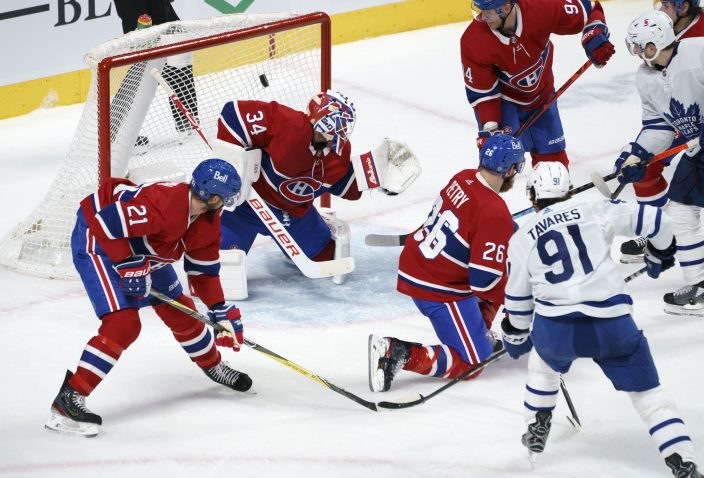 Campbell made a pair of brilliant saves late in the third period, stoning both Anderson and Suzuki to keep it a one-goal game.

Both teams were busy before the trade deadline.

The Maple Leafs’ highlight move was landing forward Nick Foligno from Columbus while the Canadiens acquired blueliner Erik Gustafsson from Philadelphia. Neither player was in the lineup Monday night.

Montreal and Toronto will face off four times over the last two weeks of the regular season. The Maple Leafs have a 4-2-0 edge in the season series.