Tyler Glasnow struck out a career-high 14 in 7 2/3 innings and Willy Adames homered in the seventh to help the Tampa Bay Rays beat the sputtering Texas Rangers 1-0 on Monday night.

Glasnow (1-0) allowed two hits and got his first win of the season after pitching well but not being involved in decisions in two previous starts. He allowed Eli White's single up the middle off the glove of diving second baseman Brandon Lowe with one out in the fifth and Jose Trevino's leadoff single in the eighth.

Adames homered off Taylor Hearn (0-1) with two outs in the seventh, just the third hit yielded by Texas pitchers. Rangers starter Dane Dunning limited the Rays to a pair of doubles in the first two innings before being replaced by Hearn at the start of the fifth. 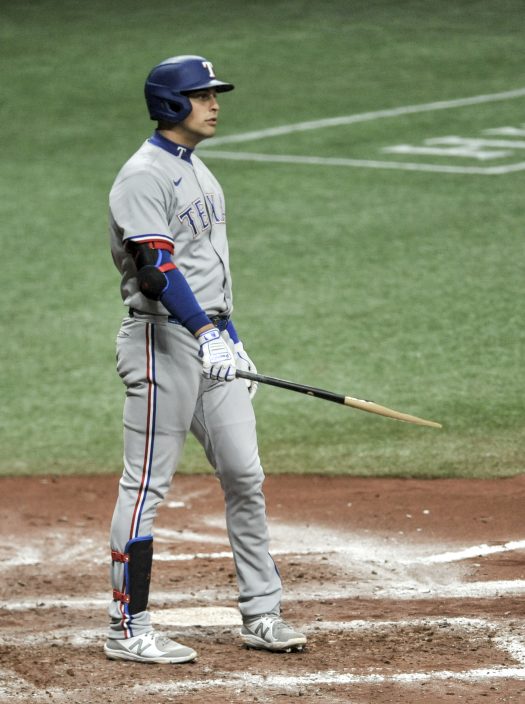 Glasnow improved to 6-0 over his last 11 regular season games, and the AL champions have gone 10-1 in the those games.

The 6-foot-8 right-hander allowed one hit in six innings on opening day, exiting a scoreless tie before the Rays went on to win 1-0 at Miami. He yielded one run and four hits over six innings at Boston on April 6, departing with a 3-1 lead the Rays were unable to hold before losing in extra innings.

Texas was shut out for the third time in four games. 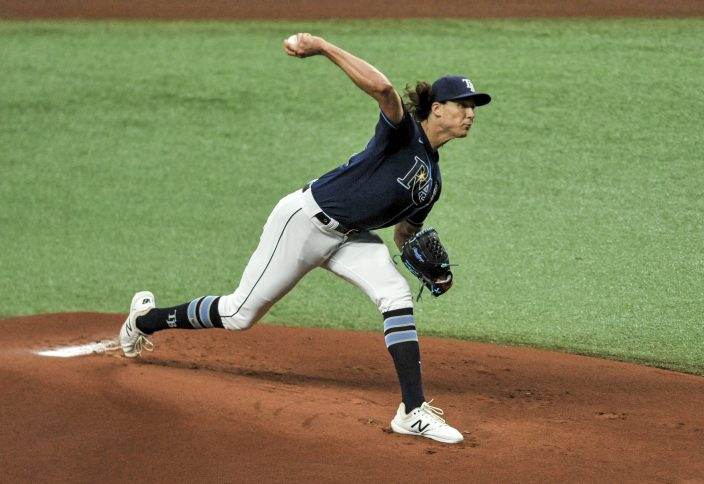 The Rangers’ offensive struggles carried over from a six-game homestand in which they scored just 15 runs and batted .193 as a team. They were no-hit by San Diego’s Joe Musgrove last Friday and shut out two of the previous three games entering Monday night.

Glasnow didn’t make it any easier for them.

The Rays ace struck out the side in the first, third and sixth innings. The closest he came to giving up a hit before White singled was when White hit a sinking liner that center fielder Brett Phillips went to the ground to catch with two outs in the second. 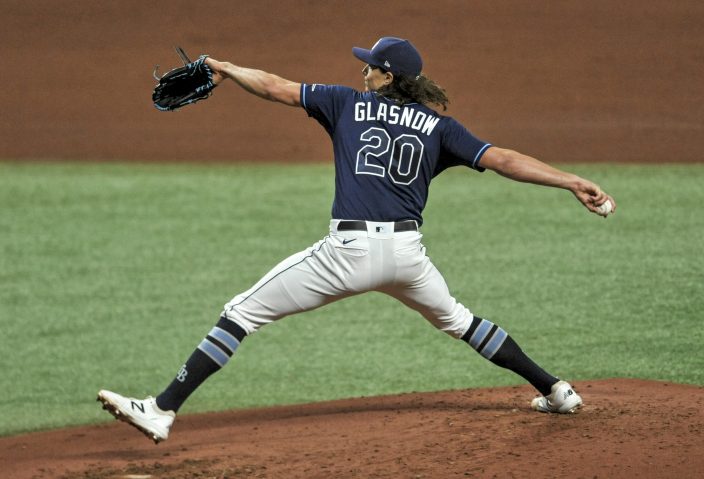 Lefty Cody Reed relieved with two outs, and Diego Castillo escaped a ninth-inning jam to finish a combined three-hitter and get his third save.

The Rays received their AL championship rings before batting practice. Principal owner Stuart Sternberg and general manager Erik Neander spoke to the team before players were shown a short video featuring highlights from the 2020 pandemic-shortened season. 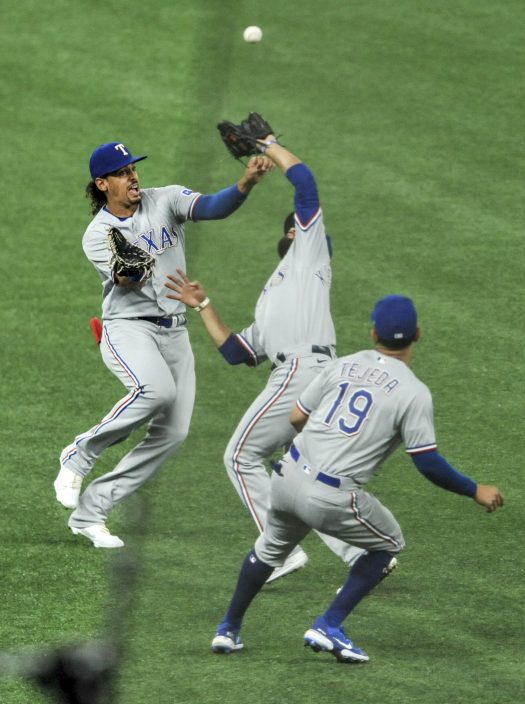 “They’re beautiful. ... I think all of us were blown away by them,” center fielder Kevin Kiermaier said. “About as sexy as a ring could get without being a World Series champion.”

Rangers: OF David Dahl (calf tightness) was back in the lineup after missing one game. ... RHP reliever Jonathan Hernandez had ligament reconstruction surgery, performed by team physician Dr. Keith Meister. ... 3B Brock Holt resumed baseball activity, six days after straining his right hamstring. The Rangers are optimistic he will be ready when eligible to come off the injured list Saturday. ... OF/DH Khris Davis (left quad strain) is still about two weeks before being a full-go medically and able to compete in games to prepare for his Rangers debut. ... LF Ronald Guzman left the game in the first inning after injuring his right knee while chasing a pop fly caught by SS Isiah Kiner-Falefa.

The four-game series continues Tuesday with the Rangers starting right-hander Kyle Gibson (1-0, 7.11) and the Rays countering with lefty Ryan Yarbrough (0-1, 5.06).