Higashioka caught Cole for the second straight start — and win — after working with him during last year's playoffs. Gary Sánchez, the Yankees' No. 1 catcher, was behind the plate for Cole's first start of the season, against the Blue Jays on opening day.

Cole (2-0) allowed one run and three hits in six innings, struck out eight and walked one. The hard-throwing right-hander finished with a flurry by retiring his final 15 batters — striking out seven. With 29 strikeouts this season, he matched David Cone for the most by a Yankees pitcher through three starts. 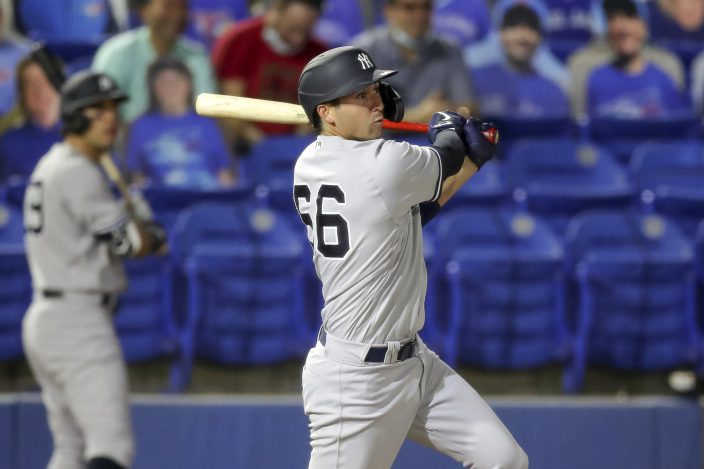 New York Yankees' Kyle Higashioka follows through on a two-run home run against the Toronto Blue Jays during the fifth inning of a baseball game Monday, April 12, 2021, in Dunedin, Fla. (AP PhotoMike Carlson)

Cole has a 1.47 ERA. He has struck out at least seven in his last 12 regular-season starts, the longest such stretch in Yankees history.

Robbie Ray (0-1) didn’t allow a hit before Rougned Odor singled with one out in the fifth and Higashioka followed with a 416-foot opposite-field shot to right-center for a 2-1 lead.

Higashioka made it 3-1 in the eighth on a 427-foot solo shot to left off Ryan Borucki. 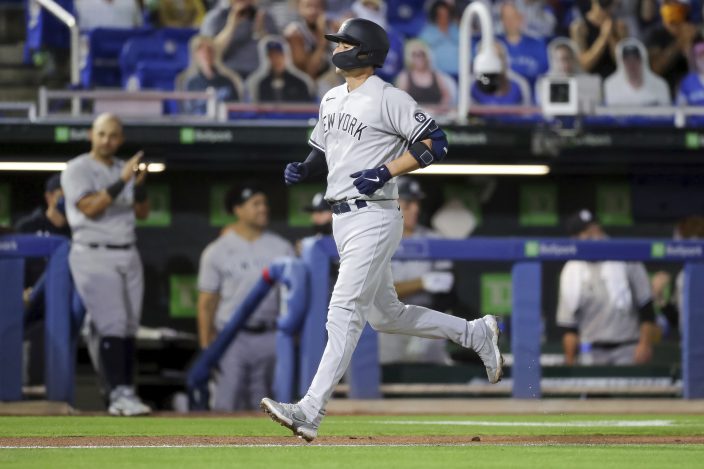 Last Sept. 16, Higashioka had a three-homer game against the Blue Jays, also in a game started by Cole. Five of his 12 career homers have come against Toronto.

Justin Wilson, Darren O’Day and Aroldis Chapman completed a five-hitter. Chapman worked the ninth in his first save chance this season, and the Yankees got back to .500 at 5-5 by winning consecutive games for only the second time this season.

Ray allowed two runs, three hits, three walks and struck out three over five innings in his first start of the season after being sidelined late in spring training by a bruised elbow. He was carrying his child down the stairs at his rental home when he slipped and fell. Ray’s child was uninjured in the fall. 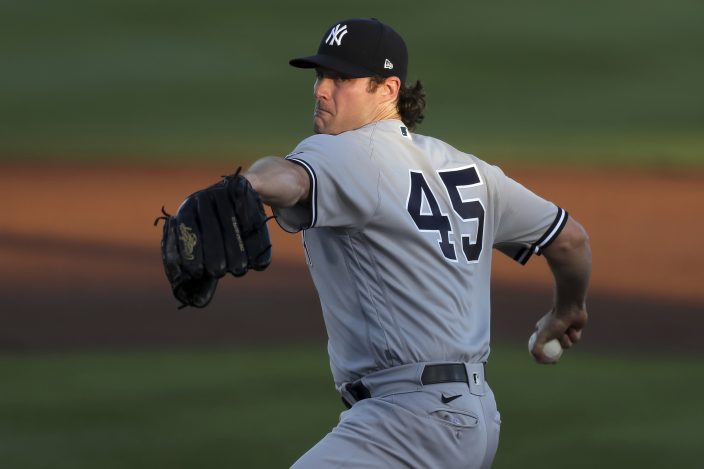 It was the fourth game for Toronto at TD Ballpark this season and the first that counted there for the Yankees. The Blue Jays are playing at their spring training home through May due to Covid-19 restrictions in Canada, then appear likely to return to Buffalo, New York, the ballpark of their Triple-A team and Toronto's home during the shortened 2020 season.

Cole threw 42 pitches in the first two innings before settling down and needing 56 in his next four. 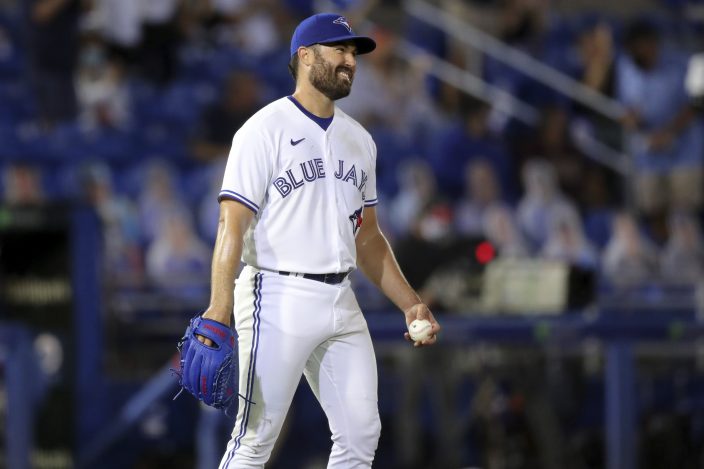 He allowed Randal Grichuk’s RBI grounder in the first. He worked out of a two-on, no-out jam during the second by striking out Alejandro Kirk, Josh Palacios and Marcus Semien.

Grichuk opened the ninth with a double off Chapman but left stranded when the closer retired his next three batters.

Yankees manager Aaron Boone flip-flopped Aaron Judge and Giancarlo Stanton in the lineup. Judge went from his normal second spot to third, and Stanton from third to second. “It’s been a combo I’ve considered really all spring against left-handed pitching,” Boone said. “Just felt like today was a good day to do that.”

Yankees CF Aaron Hicks asked and received permission from Boone not to start following the police shooting of Duante Wright in Minnesota. “With all that’s going on in Minneapolis he’s having a tough time right now,” Boone said. “Had a conversion in my office and he felt like it was best to not be in the starting lineup tonight and I certainly support that." Boone said that Stanton also considered not playing.

Blue Jays: OF Lourdes Gurriel Jr. was activated from the Covid-related IL. He left Friday night’s game after two innings with vaccination-related symptoms.