Evgenii Dadonov also scored and Thomas Chabot and Josh Norris each had two assists as Ottawa rallied from two goals down and ended a four-game losing streak. Anton Forsberg was impressive in goal after a shaky start with 24 saves. 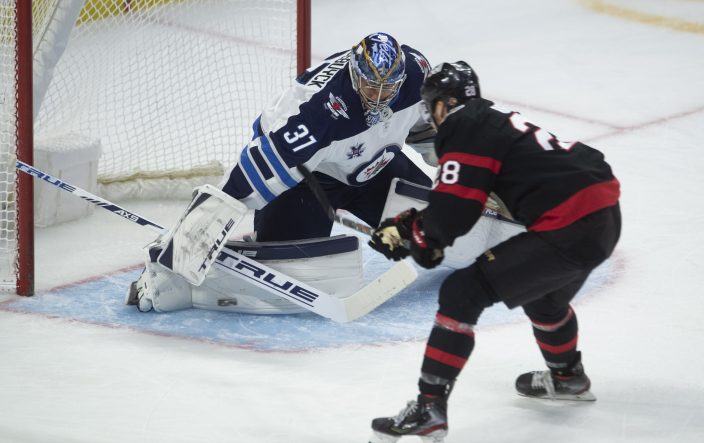 Winnipeg missed a chance to eat into Toronto’s lead atop the North Division. The Maple Leafs lost 4-2 to Montreal on Monday but remained six points ahead of the Jets.

Dadonov gave the Senators a 3-2 lead — their first advantage of the game — when Hellebuyck was unable to handle a bouncing puck, allowing the Senators forward to get the rebound and backhand the puck over the Jets goalie just past the midpoint of the third. 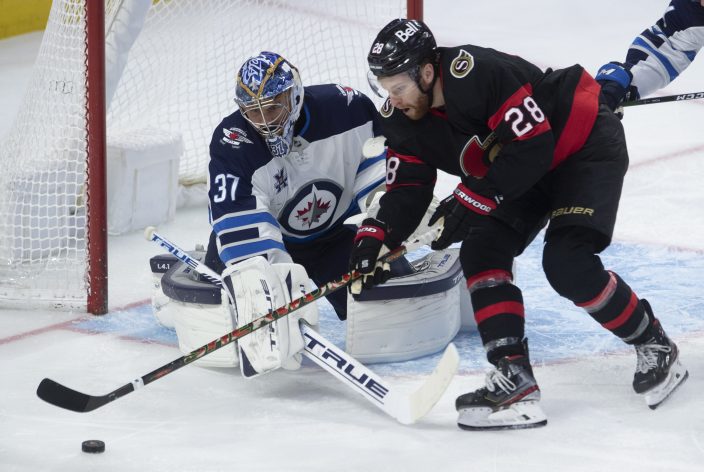 Tkachuk scored his second of the game and 14th of the season when he caused a turnover in the neutral zone, then skated into Winnipeg’s end and wired a shot past Hellebuyck with 3:48 remaining.

The Jets opened the scoring five minutes into the game after some sustained pressure on their first power play. Connor scored his 19th when his slap shot hit the underside of the Ottawa crossbar and fell behind Forsberg.

Ehlers made it 2-0 at 11:35 when he used Paul Stastny as a screen and fooled Forsberg with a quick shot to pick up his 18th. Ehlers extended his point streak to four games (three goals, three assists). 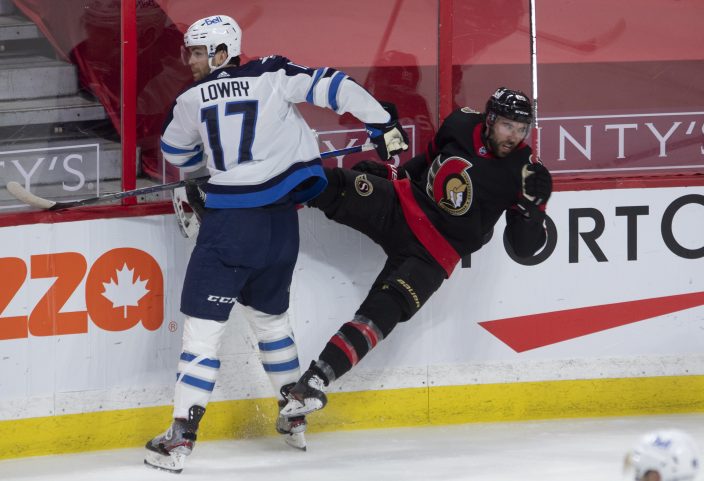 The Senators got one back on the power play with just under 9 minutes left in the opening period when Norris’ shot deflected off both Jets defenseman Derek Forbort and Tkachuk and past Hellebuyck.

Brown scored his eighth goal in eight games and 14th overall when his shot went off Hellebuyck’s glove and into the net to tie the game 2-2 with 1:22 remaining in the period..

The Jets outshot Ottawa 14-7 in the second period, thanks in part to having three power plays. However, Forsberg was sharp to keep his team in the game. 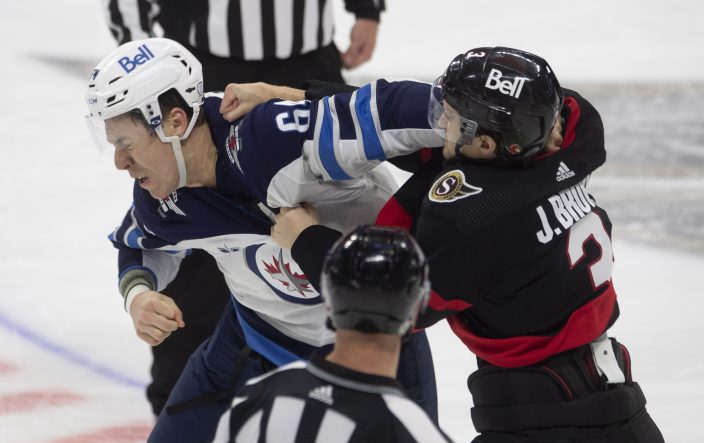 The Senators went with a young defense after dealing veterans Mike Reilly, Erik Gudbranson and Braydon Coburn before Monday’s trade deadline. Erik Brannstrom, 21, moved into Ottawa’s top-four while Victor Mete, 22, made his Senators debut after being claimed off waivers from Montreal earlier Monday. 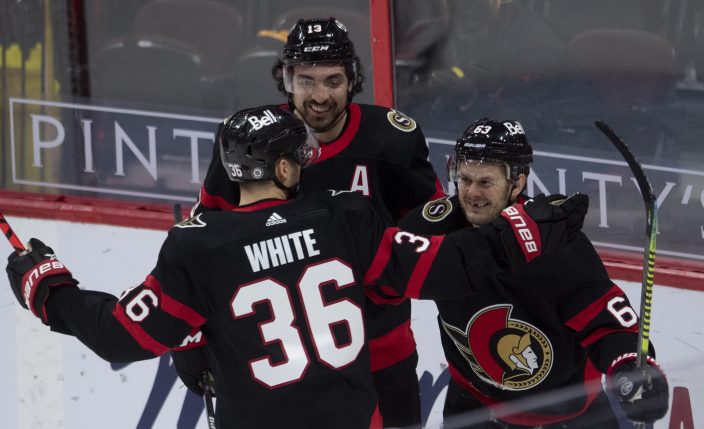 Winnipeg center Mark Scheifele assisted on Connor’s goal to give him an assist in four straight games.

BACK IN THE LINEUP

Ottawa forward Colin White played for the first time since he suffered an upper-body injury April 1 against Montreal.