Brandon Hagel scored 1:25 into overtime, and the Chicago Blackhawks beat Columbus 4-3 on Monday night for their fifth consecutive win over the Blue Jackets.

Duncan Keith, Philipp Kurashev and Brett Connolly also scored for Chicago, and Patrick Kane had two assists. The Blackhawks won for the third time in four games to move within two points of idle Nashville for the fourth playoff spot in the Central Division.

Hagel got a pass from Kirby Dach and beat Joonas Korpisalo from the left circle for his sixth goal of the season. 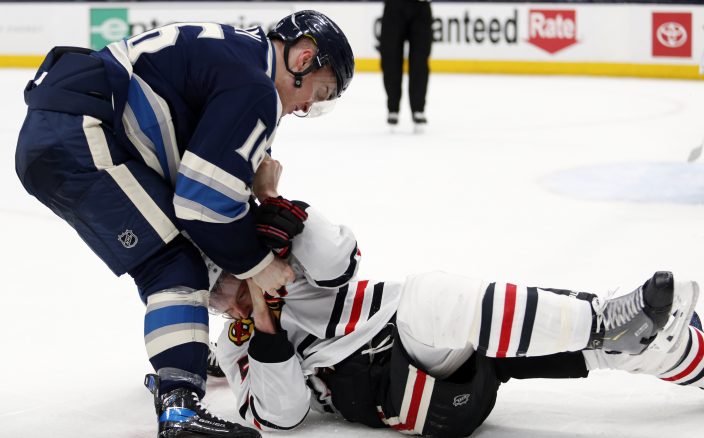 “I’m just happy to ... finally get a shooting goal,” Hagel said. “I’ve struggled with that a little bit this year, but it’s nice to get it out of the way.”

It was Connolly's first game since he was acquired in a trade with Florida last week. He had two goals and two assists in 21 games with the Panthers.

“He’s a big body and protects the puck well, has some poise,” Blackhawks coach Jeremy Colliton said. "He has a lot of games in the league and that was a big goal.” 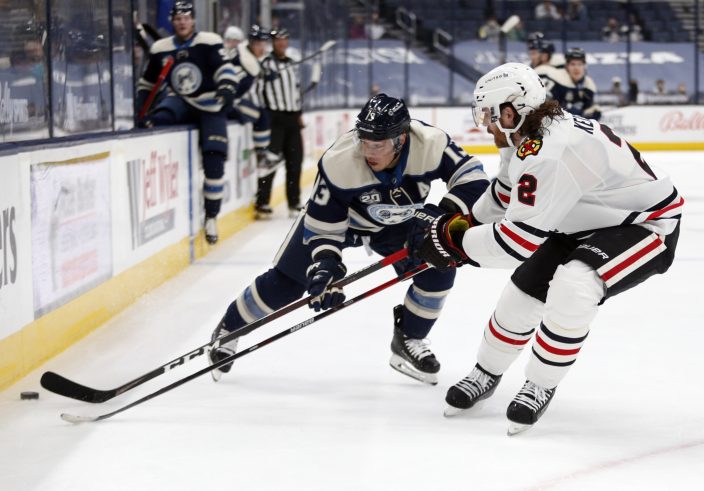 Kevin Lankinen stopped 30 shots for his fifth win over Columbus this season.

Patrick Laine scored twice for Columbus, including a terrific, end-to-end rush in the third period.

“Sometimes I just need to take it to the net more,” Laine said. "My confidence definitely felt good out there, (and) our line felt pretty good, and hopefully we can come out stronger in the next one.” 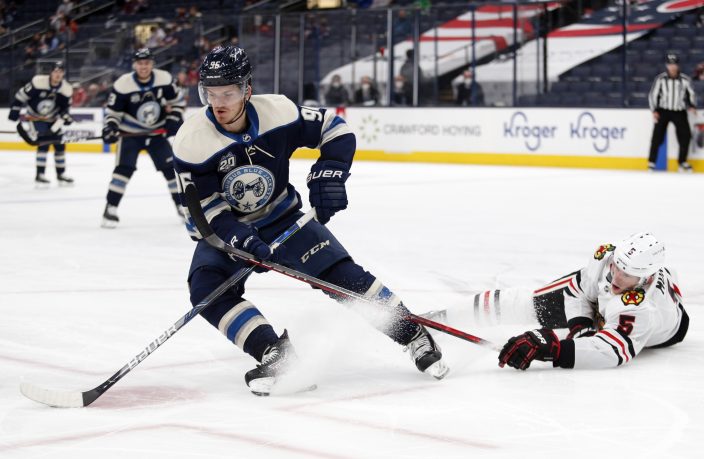 Stefan Matteau also scored for Columbus after being recalled from the taxi squad Thursday.

The Blue Jackets also lost 4-3 to the Blackhawks on Saturday. They have dropped 10 of 12 overall.

Joonas Korpisalo stopped 30 shots and fell to 2-1-3 against the Blackhawks this season. 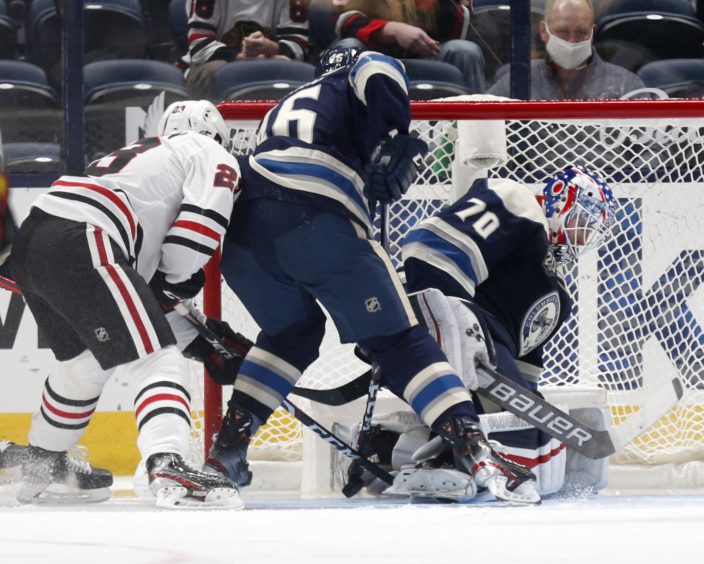 It was Columbus' first game since captain Nick Foligno was traded to Toronto on Sunday.

Chicago defenseman Adam Boqvist did not return after taking a backhand shot to the face from Columbus’ Zac Dalpe in the first period.

Columbus-born Kole Sherwood picked up an assist on Matteau’s goal for his first career point in his seventh career game.

The Blackhawks posted a 6-2-0 record against the Blue Jackets this season, including winning all three contests at Nationwide Arena.

Chicago’s Adam Boqvist did not return to the game after taking a backhand shot to the face from Columbus’ Zac Dalpe in the first period.

Blackhawks: At Detroit on Thursday.

Blue Jackets: At Dallas on Thursday.