Garrett Cooper had three RBIs and drove in the go-ahead run in the 10th inning off Jacob Webb, lifting the Miami Marlins to a 5-3 victory over the Atlanta Braves on Monday night.

The 10th began with placement runner Jon Berti advancing from second to third when Braves second baseman Ozzie Albies ran backward to try to catch Starling Marte’s shallow fly, but had the ball bounce off his glove for a single. Berti gave the Marlins their first lead when Cooper’s single landed in center field to make it 4-3.

Brian Anderson followed with an RBI double, and the Braves couldn’t muster a rally in the bottom of the inning. 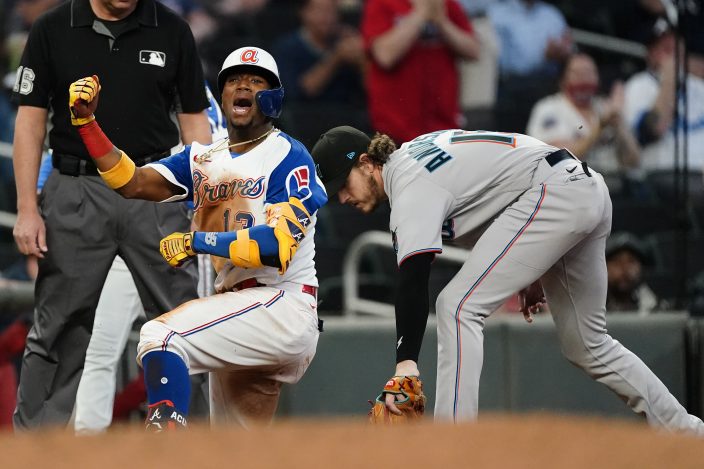 The teams were facing each other for the first time since Atlanta swept Miami in their NL Division Series last year. 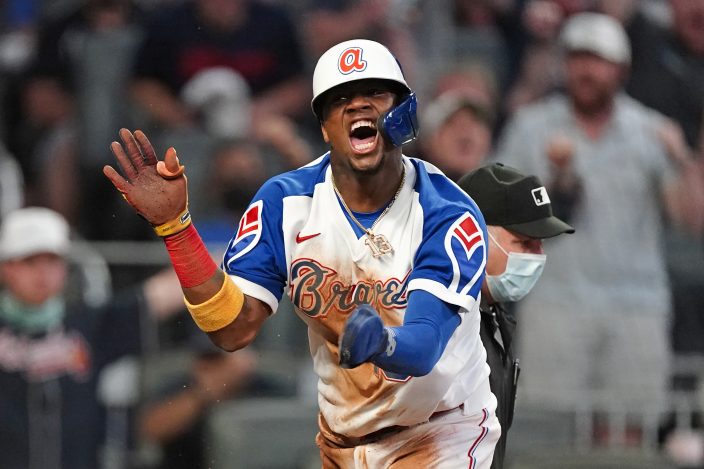 Atlanta Braves' Ronald Acuna Jr. (13) reacts after scoring on an Ozzie Albies sacrifice fly in the third inning of a baseball game against the Miami Marlins, Monday, April 12, 2021, in Atlanta. (AP PhotoJohn Bazemore)

Acuña flashed his speed in the third, hitting a triple into right and scoring on a shallow sacrifice fly by Albies. Acuña slid across the plate headfirst after second baseman Jazz Chisholm caught the ball over his shoulder and was backpedaling when he stopped to throw toward the plate.

Acuña pumped his fist toward the Atlanta dugout in celebration after scoring to make it 2-1.

Ynoa struck out a career-high 10 while allowing one run and three hits. The rookie struck out every batter he faced at least once except Miguel Rojas. 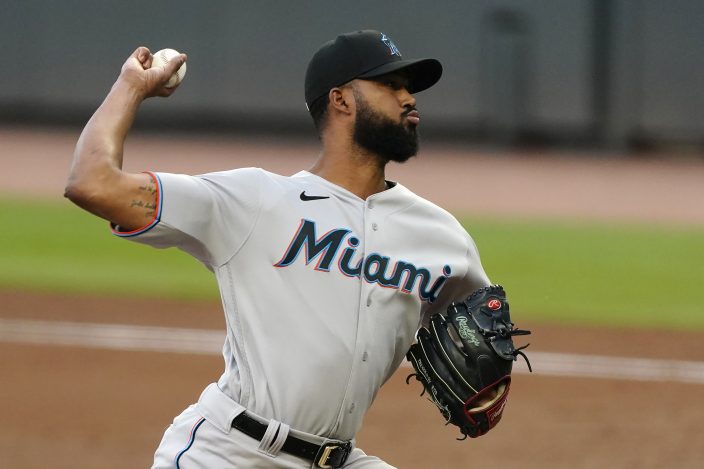 Atlanta led 1-0 in the first when Acuña walked, stole second and scored on Marcell Ozuna’s single.

Adam Duvall hit his second homer to begin the second, connecting against his former team to tie it 1-all.

Miami starter Sandy Alcantara gave up three runs, four hits and three walks while striking out four in 6 1/3 innings. He was chased after walking pinch-hitter Pablo Sandoval and replaced by Anthony Bass, who walked Acuña to load the bases and gave up Albies’ sacrifice fly to make it 3-1. 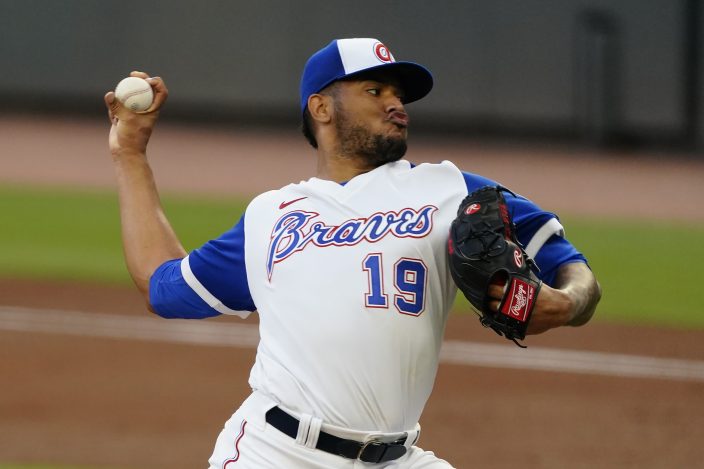 Atlanta reliever A.J. Minter walked three in the eighth and left his replacement, Nate Jones, with runners on first and second and one out. Cooper, who had been hitless in his last 13 at-bats before singling in the sixth, followed with a two-run double to make it 3-all.

Miami C Jorge Alfaro was scratched from the lineup because of lingering hamstring tightness. Marlins manager Don Mattingly said he hopes Alfaro, who has missed five straight games, will be back by Thursday. ... Marlins RHP Sixto Sanchez (shoulder discomfort) is progressing at the team’s alternate training site in Jupiter, Florida. He is undergoing rehab exercises and throwing at 45 feet. ... RHP Jorge Guzman (elbow) is throwing bullpens in Jupiter and should face live hitters next. ... RHP Edward Cabrera (biceps) is throwing at 75 feet. ... RHP Elieser Hernandez (biceps) has yet to start throwing. 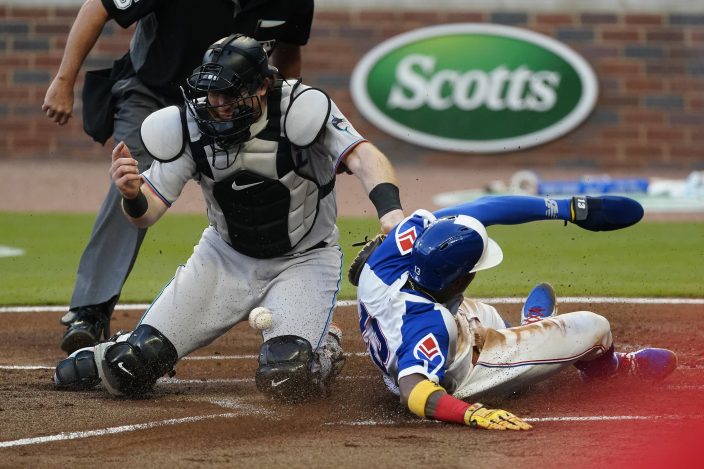 Atlanta Braves Ronald Acuna Jr., right, scores on a Marcell Ozuna base hit as the ball gets away from Miami Marlins catcher Chad Wallach, left, in the first inning of a baseball game Monday, April 12, 2021, in Atlanta. (AP PhotoJohn Bazemore)

Mattingly was thrown out after a call was overturned in the eighth that originally had Berti ruled safe at second on a stolen base attempt. It appeared Berti beat shortstop Dansby Swanson’s tag attempt.

The Office of the New York Attorne ...