Steven Adams had 16 rebounds and Eric Bledsoe scored 13 points for the Pelicans, who saw their 26-point, second-quarter lead trimmed down four in the final minute when De'Aaron Fox rose up for a 3 that could have made it a one-point game with 14 seconds left.

The shot missed and Wes Iwundu rebounded for New Orleans to help secure the victory, which also dropped the Kings to their seventh straight loss. 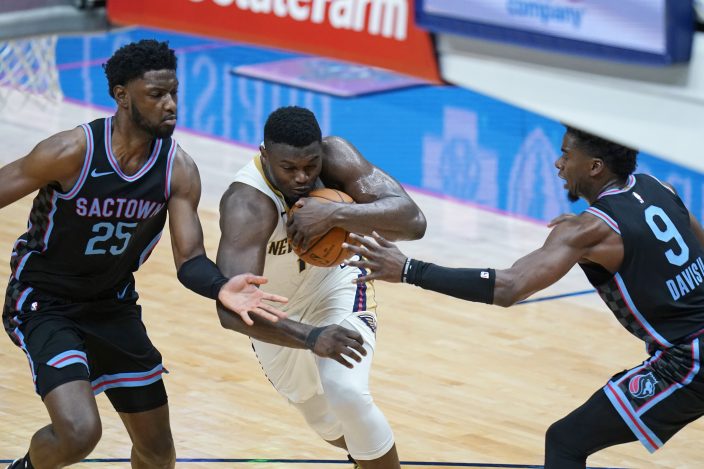 What had looked like a laugher became a tense affair after Fox, who scored 43 points, drained a 19-foot fade to make it 91-84 with 8:33 still remaining.

Isaiah Thomas’ floater — his first home basket with the Pelicans — sparked a 9-3 run that included Williamson’s baseline turnaround at the end of the shot clock and a 3 by Ingram to make it 100-87.

By the time Sacramento pulled as close as five on Fox's floater, just 2:28 remained. A pivotal sequence occurred soon after, when Adams tapped an offensive rebound of Bledsoe's missed 3 out to Ingram, who converted a contested driving layup to make it 110-101 with 1:02 left. 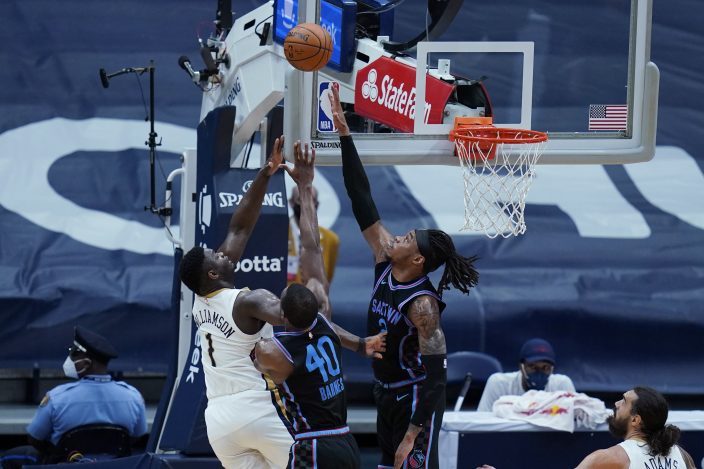 Harrison Barned had 16 points and 11 rebounds for the Kings, who were done in partly by 15 missed free throws.

Prior to the game, Kings coach Luke Walton sought to convey a heightened sense of urgency to “stop the bleeding.”

“We’ve got to buckle down and put an end to this,” Walton said of the losing streak. 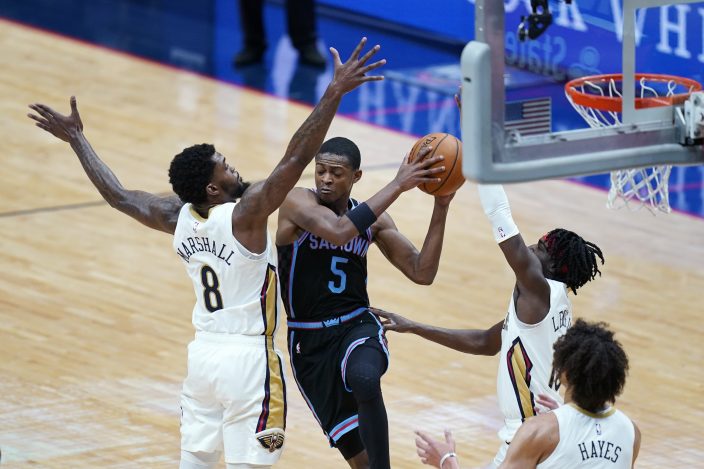 His players didn't open the game as if they'd gotten the message.

New Orleans led 66-40 after Eric Bledsoe's 3 in the final minute of the second quarter before taking a 68-45 lead into halftime.

Sacramento came alive in the second half, trimming 11 points off New Orleans' lead in the third quarter, helped by the Pelicans' 10 turnovers in the period. The Kings might have made it even closer if not for seven missed free throws in the period. 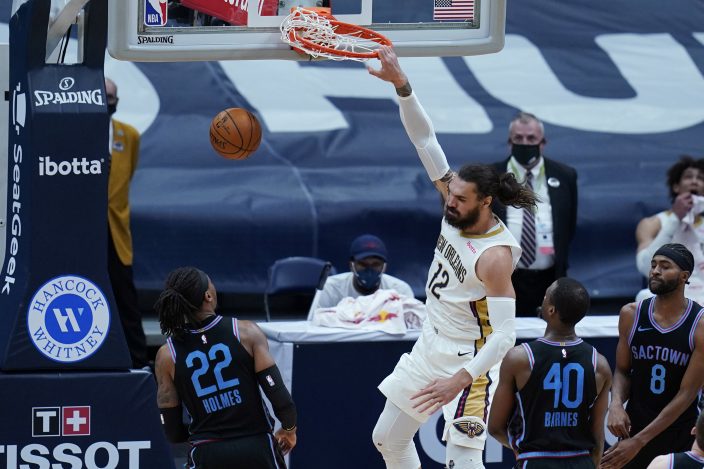 On March 30th, after the Kings had won five straight, they led New Orleans in the standings and sat just one game behind Golden State for 10th place in the West, very much in contention for a postseason play-in spot that goes to the seventh through 10th seeds. 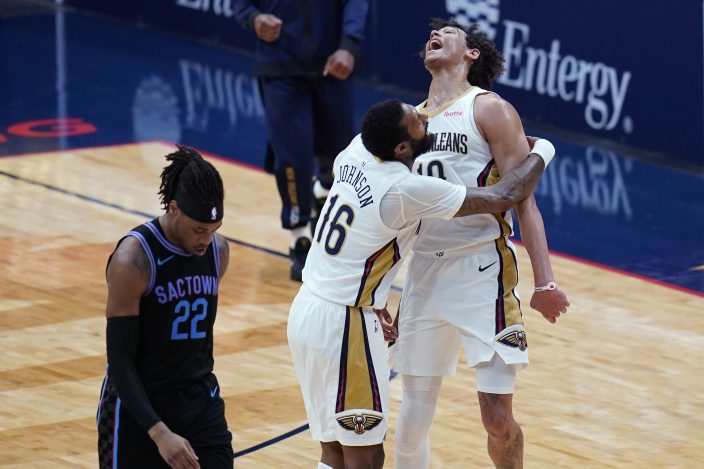 Pelicans: Lonzo Ball missed his third straight game because of soreness in his left hip flexor. “He said he’s making progress," Pelicans coach Stan Van Gundy said before the game. "He’s not ready to play tonight, but he is feeling better.” ... Iwundu and rookie Kira Lewis Jr. each scored 11 points. ... New Orleans outrebounded Sacramento 51-34 and outshot the Kings, 54.5% (42 of 77) to 43.3% (39-90). ... Committed 23 turnovers, which the Kings converted into 27 points.