After all that, it took an errant throw to propel the White Sox to one tight win.

First baseman Yu Chang hit Yasmani Grandal with a throw while trying to force him at second base in the ninth inning, allowing Nick Madrigal to score the winning run as Chicago beat the Cleveland Indians 4-3 on Monday night. 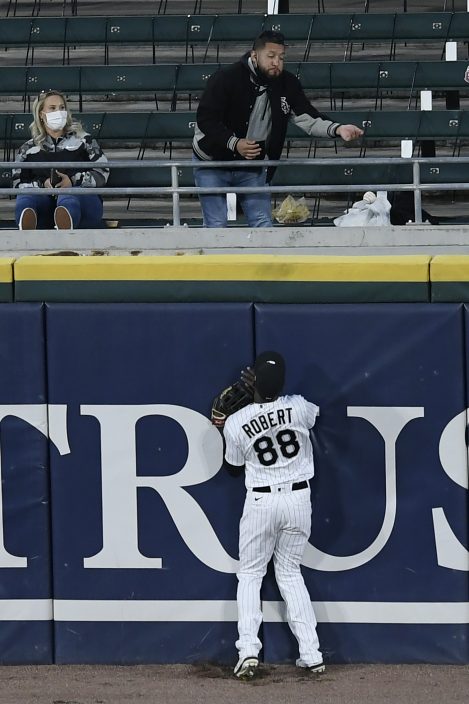 Eaton homered in his second straight game and rookie Yermín Mercedes got the winning rally started with one out in the ninth when he singled to shortstop against Emmanuel Clase (1-1).

Grandal walked to put runners on first and second before Nick Williams sent a slow grounder toward Chang, who chose to try to get Grandal at second rather than step on the bag for the second out. The throw hit Grandal in the helmet and the ball ricocheted toward the left side of the infield as Madrigal — running for Mercedes — raced home.

Eaton hit a three-run homer in the third against Triston McKenzie. Keuchel pitched into the sixth for the White Sox after Carlos Rodón was scratched because of an upset stomach. Codi Heuer (1-0) struck out a career-high four over 2 1/3 innings, and Chicago stopped Cleveland’s four-game win streak. Chicago White Sox's Adam Eaton (12) celebrates with manager Tony La Russa left, at the dugout after hitting a three-run home run during the third inning of a baseball game against the Cleveland Indians Monday, April 12, 2021, in Chicago. (AP PhotoPaul Beaty)

But it was Keuchel's performance that impressed the Hall of Famer as much as anything else.

Keuchel found out he was starting about two hours before the first pitch, then gave up three runs and three hits. The two-time All-Star, working on four days’ rest, retired 12 in a row following Eddie Rosario’s two-run homer in the second before exiting with the bases loaded and none out in the sixth. 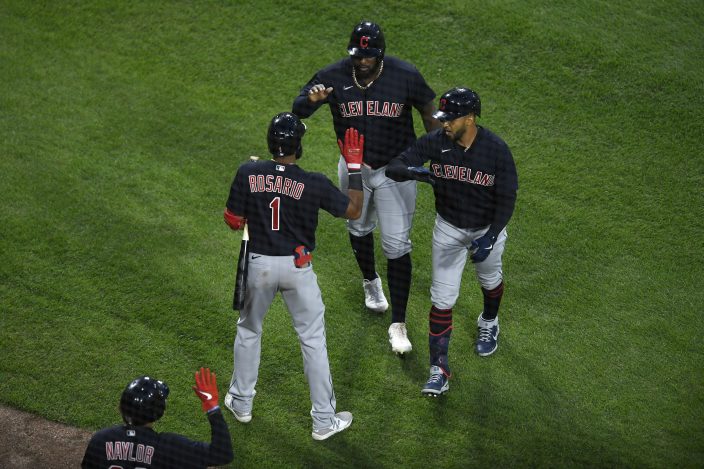 Keuchel walked Chang leading off and gave up a single to Jordan Luplow before walking Cesar Hernandez.

“There really wasn't anyone else to lengthen the start of the game," Keuchel said. “That's where I came in to play. Outside the sixth inning, I think the game went extremely well.”

Evan Marshall came in and struck out José Ramírez. Franmil Reyes tied it at 3 with a sacrifice fly before Rosario struck out. 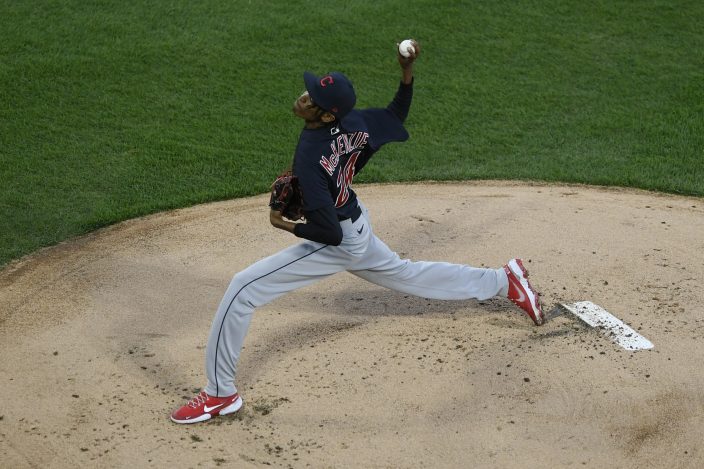 The White Sox loaded the bases in the bottom half, only to come away empty-handed when Cal Quantrill struck out Mercedes and got Grandal to ground into a double play.

“Bases loaded, bases empty, that's my job,” Marshall said. “It doesn't matter what's going on out there, I'm gonna go out there and do my best to be effective. You sort of ignore what's going on around you and worry about your own business."

McKenzie gave up three runs and two hits over four innings in his first start of the season. The 23-year-old right-hander struck out six and walked two. 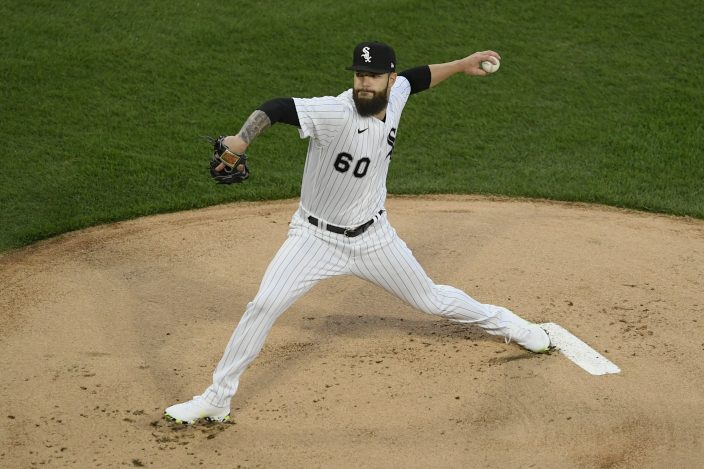 White Sox closer Liam Hendriks is confident a turnaround is in the cards for him after a difficult start with his new team. His tarot card reader, Rubi, told him so on Monday. 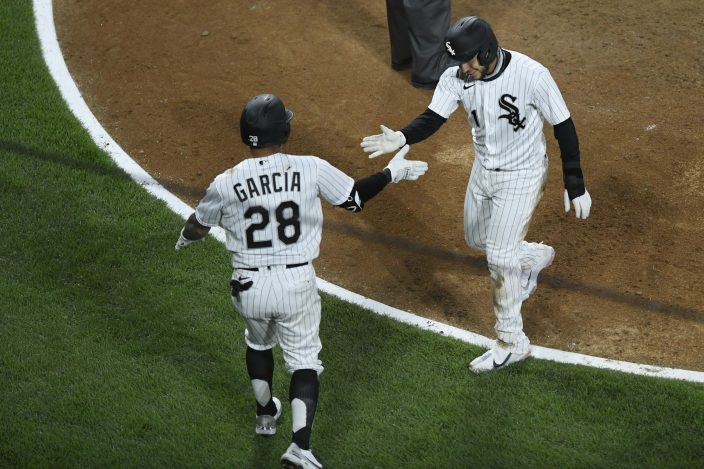 Chicago White Sox's Nick Madrigal, right, celebrates with teammate Leury García (28) after scoring on a fielders choice hit by Nick Williams to defeat the Cleveland Indians 4-3 in the bottom of the ninth inning of a baseball game, Monday, April 12, 2021, in Chicago. (AP PhotoPaul Beaty)

Hendriks allowed home runs in two of his three outings prior to Monday’s game. It was not the sort of start he envisioned after joining the White Sox on a $54 million deal in January. 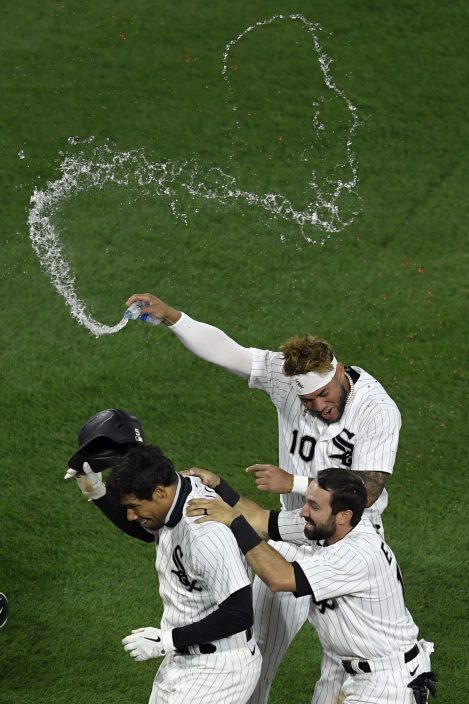 AL Cy Young Award winner Shane Bieber (0-1, 3.65 ERA) and Chicago RHP Lucas Giolito (1-0, 4.22) meet in a matchup of aces as the AL Central rivals continue their four-game series. Bieber is 2-2 with a 2.94 ERA in eight starts against the White Sox, while Giolito is 2-2 with a 2.62 ERA in seven outings versus Cleveland. 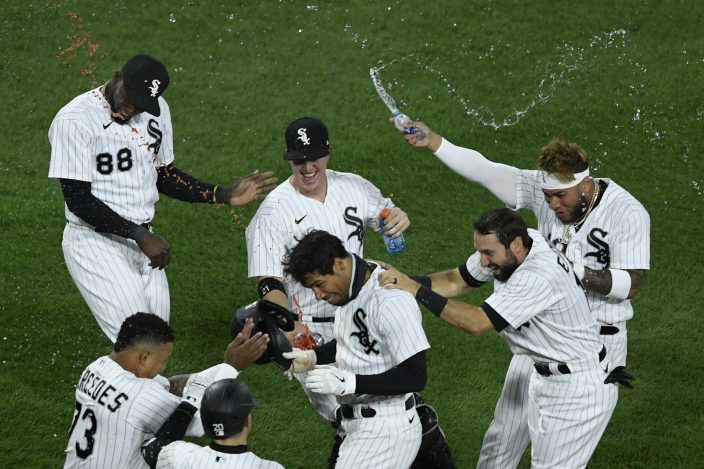