Chancellor Angela Merkel said Tuesday that her government wants clear rules that include nighttime curfews imposed in all regions with high numbers of COVID-19 infections, ending the patchwork of measures that have characterized the pandemic response across Germany's 16 states.

“The uniform, nationwide emergency brake is overdue because even though it's difficult to hear this again, the situation is serious,” Merkel told reporters in Berlin.

Many Germans have expressed frustration and confusion in recent months as governors interpreted rules agreed with the federal government in different ways, despite having similar infection rates. 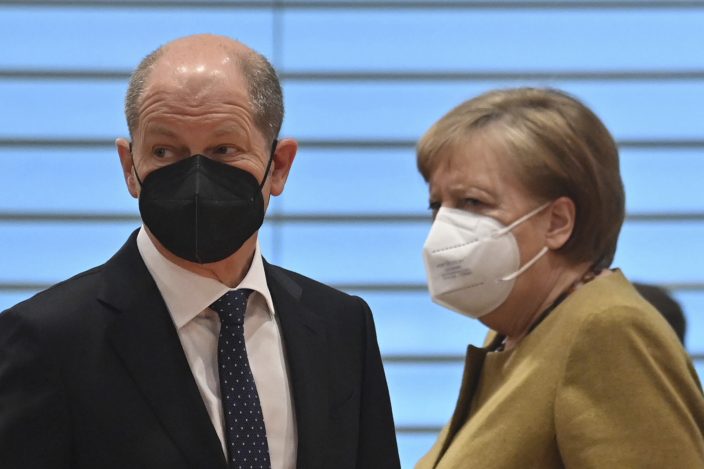 Merkel warned that Germany remains “firmly in the grip of the third wave” of infections, citing figures by the country's disease control agency that showed 10,810 newly confirmed cases in the past 24 hours, and 294 deaths.

Since the start of the pandemic, Germany has registered more than 3 million infections and 78,746 deaths from COVID-19.

“If we were to wait until all the intensive care beds were occupied, then it would be too late,” Merkel said, adding that governments and citizens need to help doctors and nurses tackle the surge in cases. 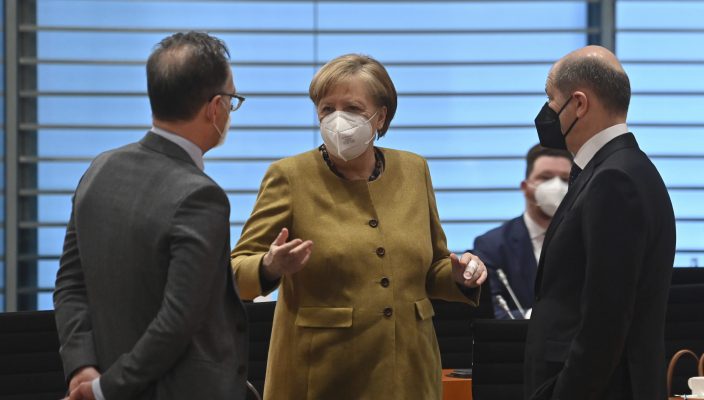 The emergency brake, proposed in a bill that will be submitted to Parliament, will apply in regions with more than 100 new weekly cases per 100,000 inhabitants. It entails the closure of stores, cultural and sports facilities, limits on personal contacts and nighttime curfews.

States would be free to set more flexible rules in regions with fewer than 100 new cases each week per 100,000 inhabitants.

Merkel said she hoped Parliament would swiftly debate and pass the bill.

She again asked for Germans to show patience and noted that the country's sluggish vaccine program had picked up with the recent start of vaccinations in GP practices. Last week, some 3.2 million shots were administered in Germany, compared with 1.9 million the previous week.

Separately, Cabinet agreed that companies will need to offer all employees who aren’t working from home at least one coronavirus test each week. Parents will also get more paid leave to care for children who cannot go to school due to the pandemic.

Anthony DeSclafani gave up one run ...

California readies to prevent blackouts, but threats re ...