Solak delivered the biggest blow in a four-run fourth-inning against Ryan Yarbrough (0-2), a double down the left field line that cleared the bases after the Rangers loaded them with three consecutive singles.

Culberson finished the fourth with an RBI double, then pushed the lead to 8-2 with a two-run homer off Trevor Richards in the eighth. 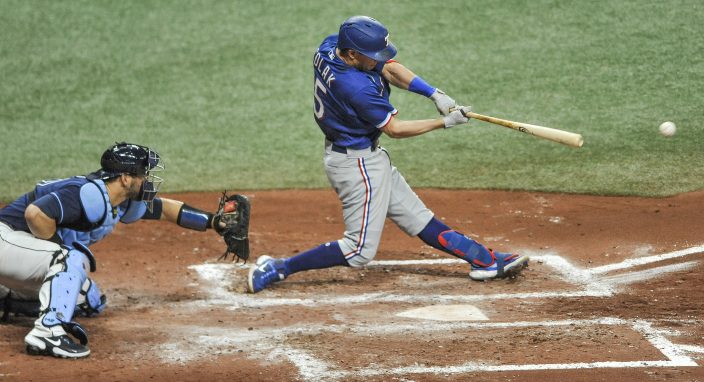 Shut out in three of their previous four games, including Monday night’s series opener in which they were limited to three hits in a 1-0 loss, the Rangers quickly ensured they wouldn’t make franchise history by being blanked in three consecutive games.

Isiah Kiner-Falefa singled to begin the game, took second on a balk and scored on Joey Gallo’s single. 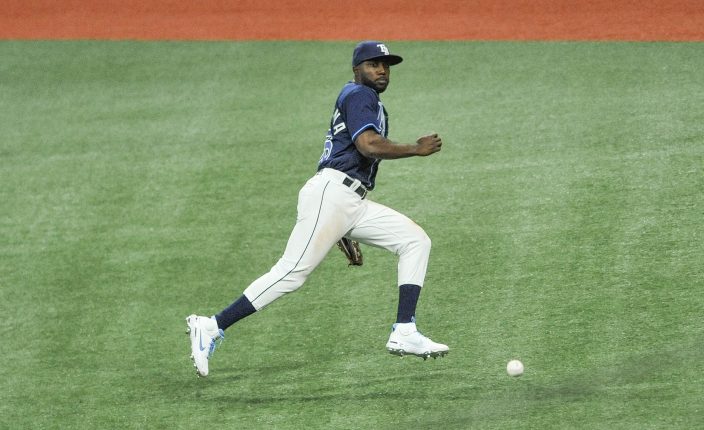 One night after managing just two hits off Rays ace Tyler Glasnow over 7 2/3 innings, the Rangers finished with 13 hits. Most of the damage was inflicted against Yarbrough, who yielded six runs and 10 hits over six innings.

Gibson shut down the AL champions after yielding two runs in the first, one of them on Joey Wendle's double and the other unearned. He allowed four baserunners over the next six innings, with only one of them reaching as far as second base.

Tampa Bay's Yandy Diaz had a RBI single off reliever Brett Martin in the eighth. 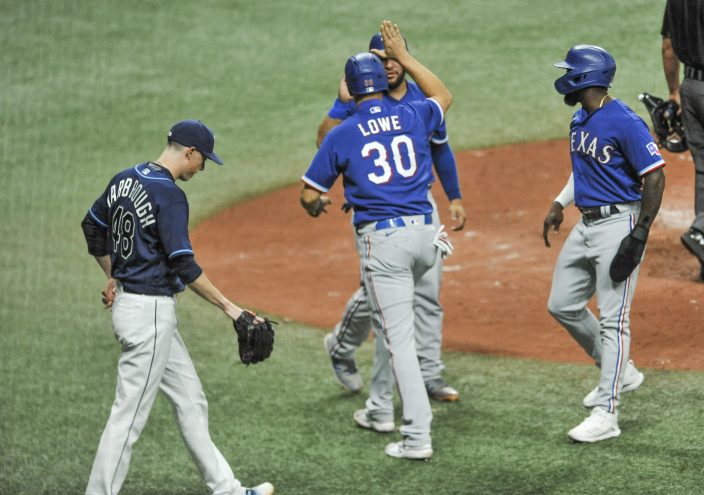 Rangers: 1B/OF Ronald Guzmán was placed on the 10-day injured list with a meniscus cartilage tear in his right knee. He was injured chasing a pop fly eventually caught by Kiner-Falefa on Monday night. ... RP Matt Bush (right elbow inflammation) was transferred from 10-day to 60-day injured list.

Rays: CF Kevin Kiermaier (left quadriceps strain) is running and could be getting close to getting at-bats in simulated game situations at the alternate training site. 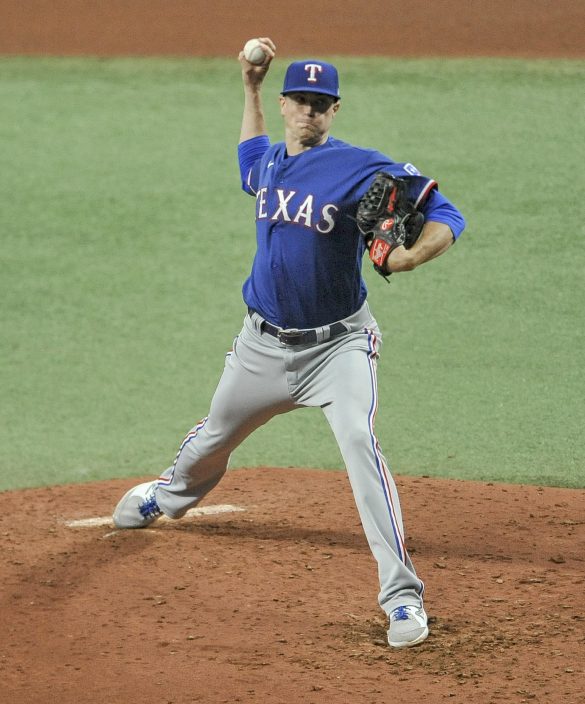 The Rays added left-hander Josh Fleming to the taxi squad for Tuesday night’s game, and he’s expected to make his season debut and face the Rangers, either as the starting pitcher or following an opener on Wednesday night. Right-hander Kohei Arihara (0-1, 5.00 ERA) starts for Texas. 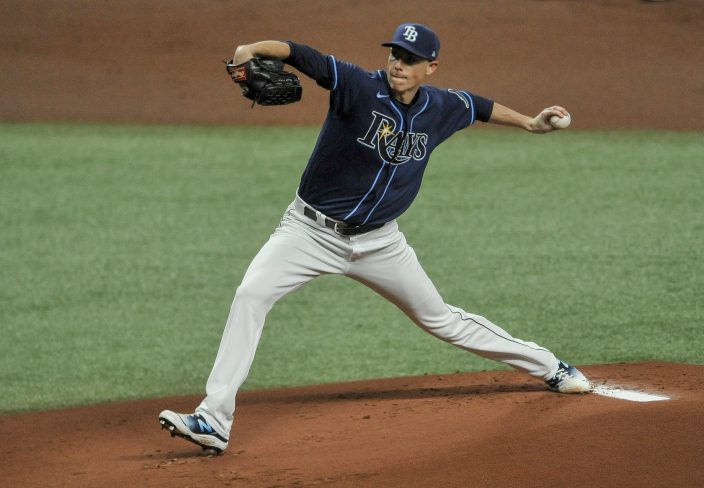