Ryu (1-1) allowed only an unearned run over 6 2/3 innings, striking out seven and limiting the Yankees to four hits and a walk. The Blue Jays ace retired 12 in a row after DJ LeMahieu had a leadoff infield single in the first.

Yankees center fielder Aaron Hicks was back in the lineup and went 3 for 4 after getting permission from manager Aaron Boone to sit out Monday’s game following the police shooting of a Black man, Daunte Wright, in Minnesota. 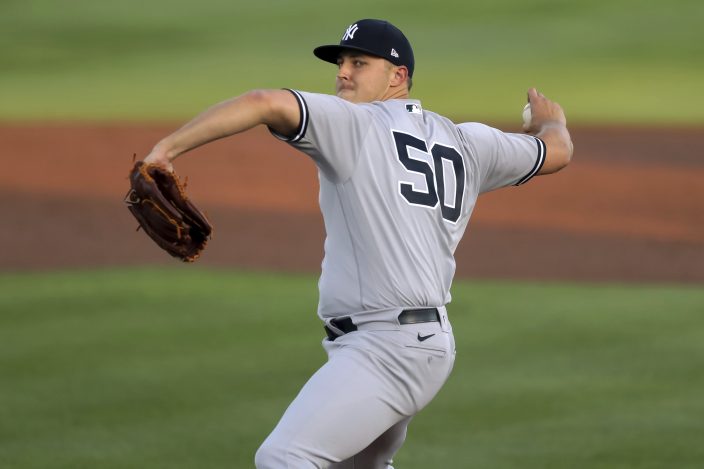 “He’s in a good head space,” Boone said before the game. “There’s no question he was down yesterday when we first talked in my office. Just struggling.”

Giancarlo Stanton, mired in an 0-for-16 skid, got the Yankees within 6-3 on a two-run single off Jordan Romero in the eighth. With Hicks batting against Julian Merryweather with two on and two outs, Gary Sánchez got caught between first and second after a pitch in the dirt and was tagged out in a rundown. Toronto Blue Jays' Marcus Semien follows through on a solo home run against the New York Yankees during the fourth inning of a baseball game Tuesday, April 13, 2021, in Dunedin, Fla. (AP PhotoMike Carlson)

Josh Palacios had a two-run single in the second and Randal Grichuk hit a third-inning sacrifice fly off Jameson Taillon (0-1).

Semien connected for a solo homer before Vladimir Guerrero Jr. made it 5-0 and ended Taillon’s night on an RBI double in the fourth.

Taillon allowed five runs and eight hits over 3 2/3 innings in his second start after missing the 2020 season recovering from Tommy John surgery. 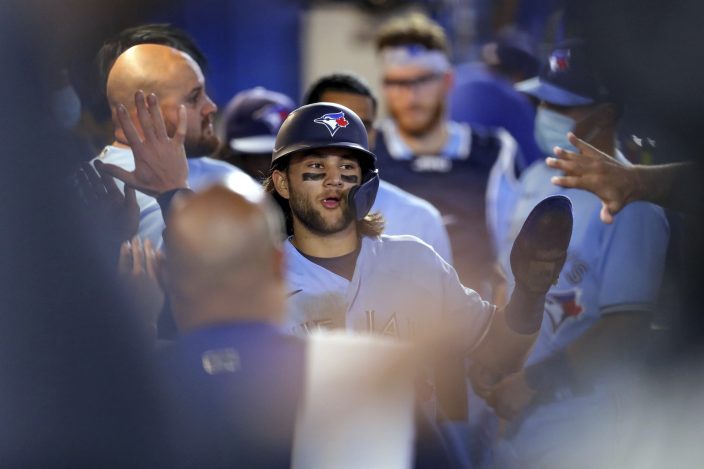 Toronto Blue Jays' Bo Bichette is congratulated after scoring against the New York Yankees during the fourth inning of a baseball game Tuesday, April 13, 2021, in Dunedin, Fla. (AP PhotoMike Carlson)

Tellez had a fifth-inning solo shot off Lucas Luetge.

Romero replaced David Phelps, who earlier in the eighth departed after he appeared to get hit in the lower back by Clint Frazier's single. 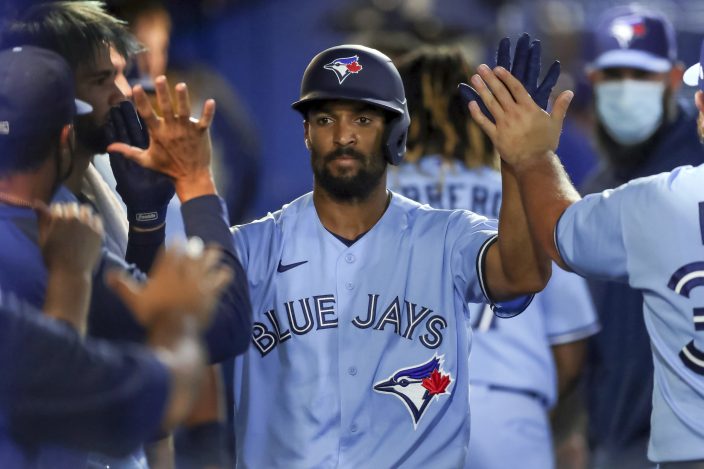 Toronto Blue Jays' Marcus Semien is congratulated in the dugout after his solo home run against the New York Yankees during the fourth inning of a baseball game Tuesday, April 13, 2021, in Dunedin, Fla. (AP PhotoMike Carlson)

Yankees: SS Gleyber Torres was out of the lineup with a sore right ring finger stemming from a head first dive into first base on a pickoff play Monday night. X-rays and a CT scan were clean. Gio Urshela filled in for Torres. ... 1B Luke Voit (partial left knee meniscus tear surgery) could start hitting off a tee next week.