Frank Vatrano scored a power-play goal with 1:51 left in overtime, and the Florida Panthers beat the Dallas Stars 3-2 on Tuesday night.

Aleksander Barkov and Radko Gudas scored in regulation, and Chris Driedger made 24 saves for the Panthers, who snapped a three-game losing streak and matched Tampa Bay and Carolina with 58 points atop the Central Division.

Jason Robertson and Joe Pavelski scored, and Anton Khudobin stopped 28 shots for the Stars, who are seven points out of the division’s last playoff spot with 15 games to remaining after playing in last season’s Stanley Cup Final. 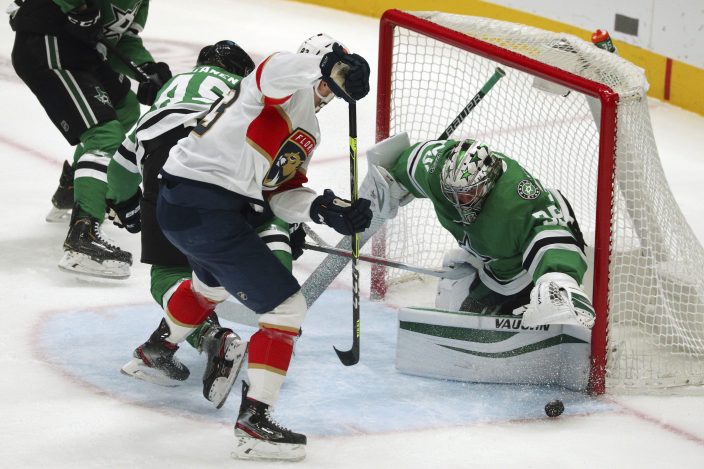 Vatrano scored his 14th of the season from near the right boards after Dallas’ Jamie Benn took a tripping penalty in the neutral zone.

Barkov opened the scoring from close range, slipping the puck through Khudobin’s pads at 11:50 of the first period for his team-high 18th goal of the season. Only 52 seconds later, Roberson tied the score by lifting the puck over Driedger from the low slot.

Gudas’ goal on a shot from the right point deflected off the stick of Dallas forward Rhett Gardner between the circles and caught the bottom of the crossbar 2:45 into the second period for the physical defenseman’s first goal since January 2020 with Washington. 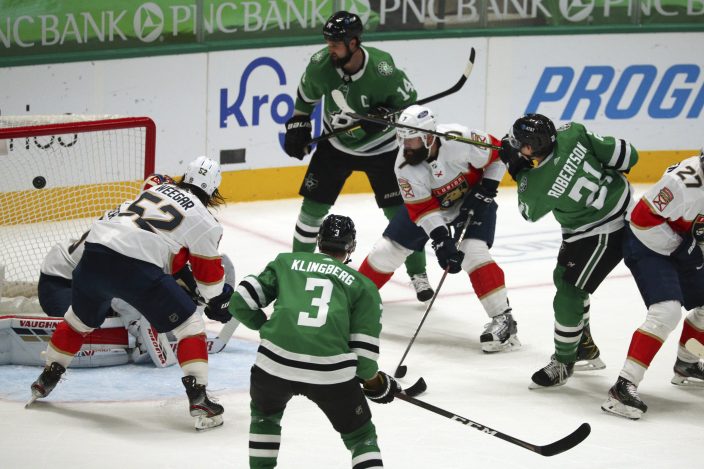 Pavelski scored his team-high 16th, his first in 11 games, at 8:26 of the third period to tie the score at 2-2. About two minutes later, Driedger sprawled backward to make a stop with his stick on the goal line after a rebound caromed back off the skate of Panthers defenseman Anton Stralman. 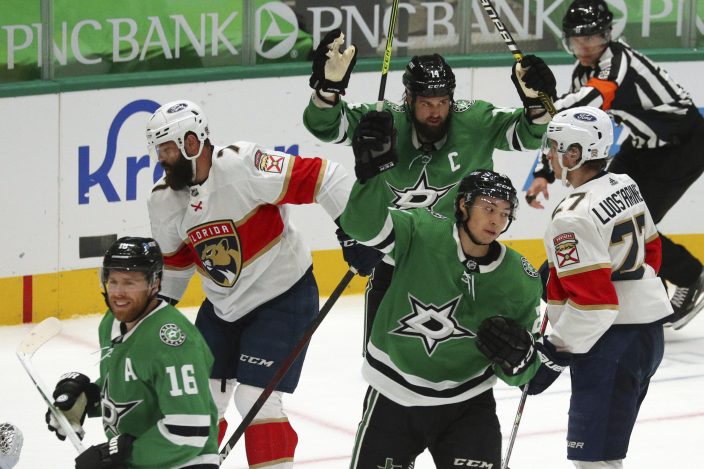 Stars: Begin a two-game home series vs. Columbus on Thursday. 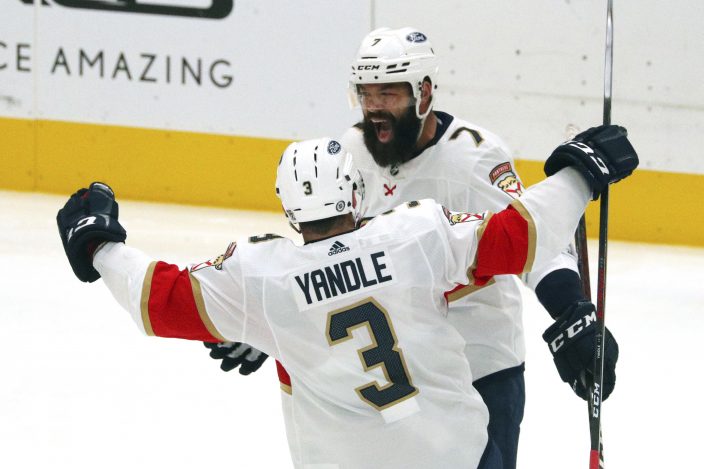 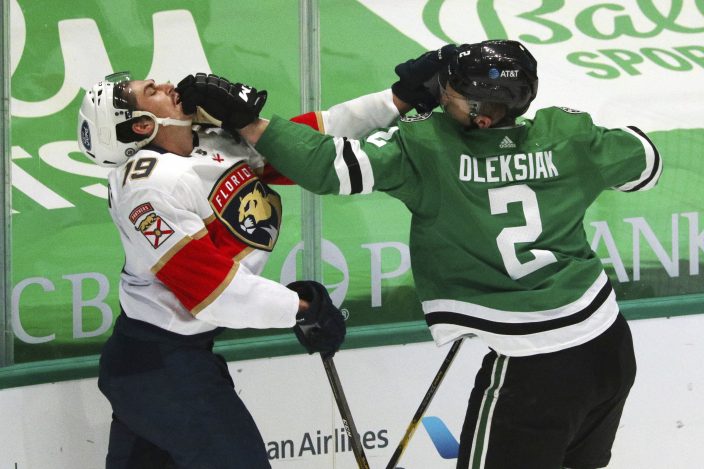