Wilson Ramos hit two home runs and Renato Núñez and rookie Akil Baddoo each homered for the second straight game as the Detroit Tigers slugged their way to an 8-2 win over the Houston Astros on Tuesday night.

Baddoo, a Rule 5 pick, is off to a scorching start to his major league career with four homers in eight games. Nomar Mazara also homered to give the Tigers a season-high five long balls as they won their second straight following a four-game skid.

The Tigers spoiled the Astros debut of Jake Odorizzi (0-1), who got a late start to the season after signing on March 8. Detroit tagged him for seven hits and five runs, including three homers, in 3 1/3 innings to hand the Astros their fourth consecutive loss after a 6-1 start. 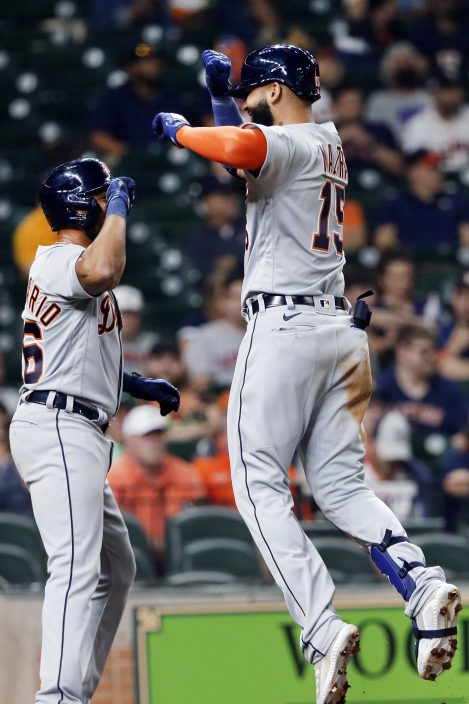 Detroit Tigers' Jeimer Candelario, left, and Nomar Mazara (15) celebrate at the plate after they scored Mazara's home run against the Houston Astros during the fourth inning of a baseball game Tuesday, April 13, 2021, in Houston. (AP PhotoMichael Wyke)

In his first visit to his former team, Detroit manager A.J. Hinch won the opening two games, securing the Tigers' first series win against the Astros since July 28-30, 2017, and the first series win in Houston since May 2-5, 2013. Hinch was suspended for a year by MLB in January 2020 and subsequently fired by the Astros for his role in the team’s sign-stealing scandal before being hired by Detroit this offseason.

Yordan Alvarez and Yuli Gurriel hit consecutive singles with no outs in the second and Alvarez scored on a one-out single by Myles Straw that made it 1-0. But Boyd struck out Jason Castro and Jose Altuve to limit the damage. 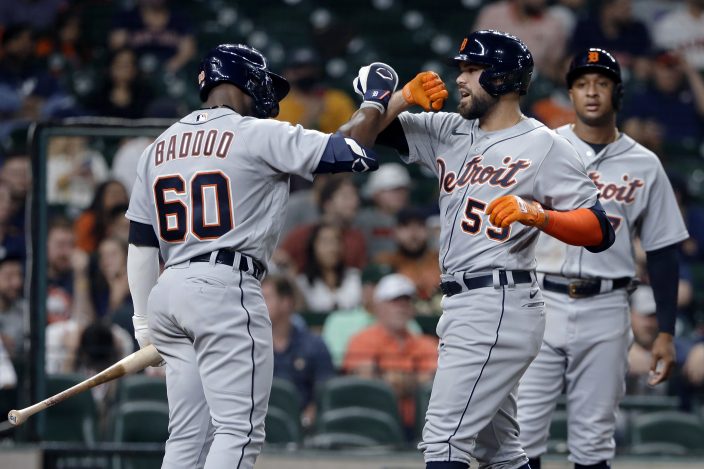 Those strikeouts were the first of 10 batters in a row retired by Boyd. He allowed a single apiece in the fifth and sixth innings.

The Tigers tied it in the third with Baddoo’s full-count homer to the seats in left field. The ball landed in a sea of Astros fans clad in orange and navy jerseys. But a lone fan in a white Detroit jersey in the middle of the group collected it off the floor and beamed as he held it high in the air.

Jeimer Candelario, who had two hits, doubled to open the fourth before Mazara’s homer with one out put the Tigers up 3-1. Jonathan Schoop singled and Núñez made it 5-1 with his shot to left field. 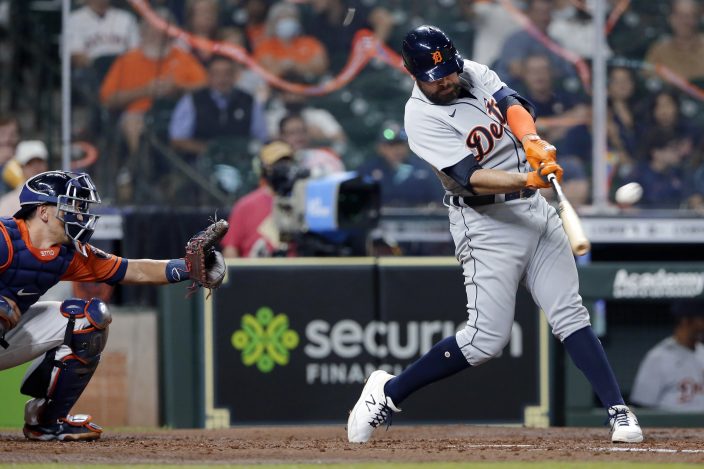 There was one on and one out in the fifth when Ramos connected on his fifth homer this season to extend the lead to 7-1.

With two outs in the ninth, he connected to right field again, this time off Nivaldo Rodriguez. 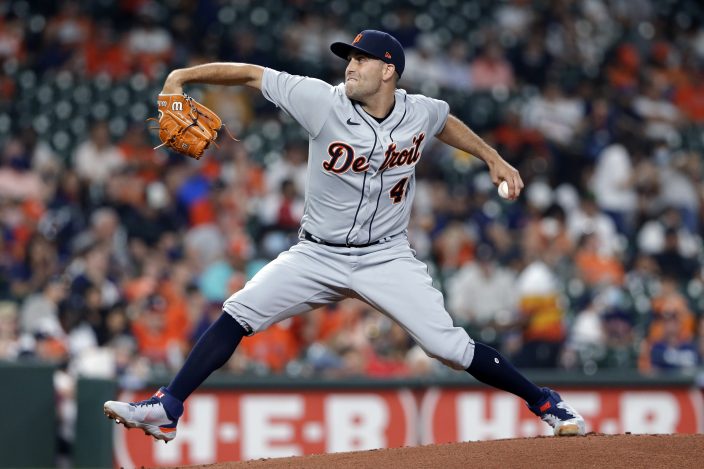 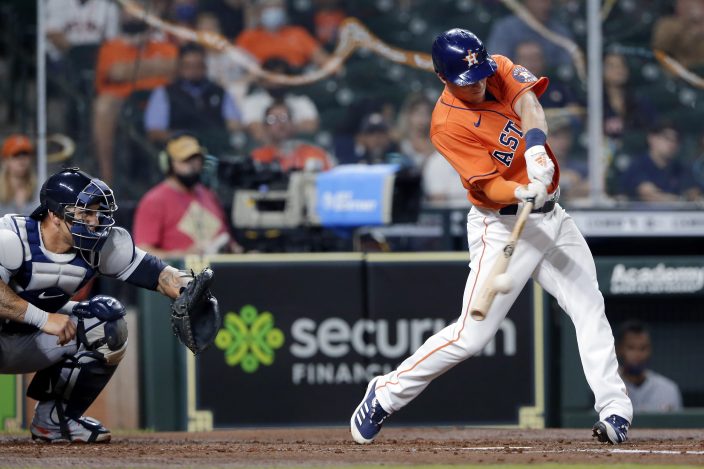 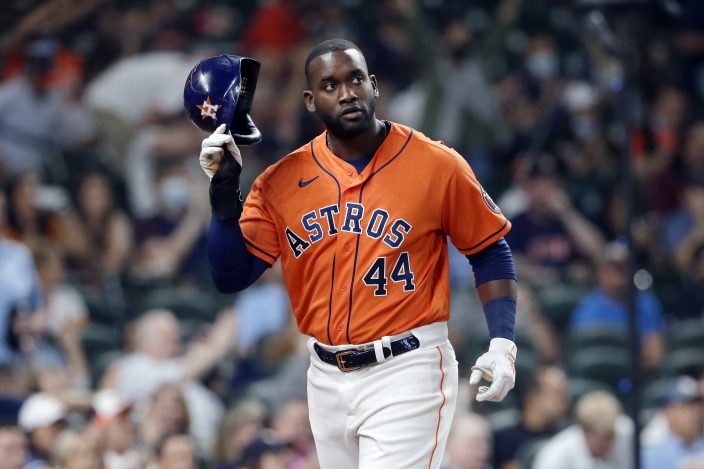 Houston Astros' Yordan Alvarez doffs his helmet after scoring on a single by Myles Straw against the Detroit Tigers during the second inning of a baseball game Tuesday, April 13, 2021, in Houston. (AP PhotoMichael Wyke)