New Zealand Rugby in November confirmed the teams as its preferred Pacific partners subject to their meeting certain financial criteria. A cash injection of about $5 million over three years by World Rugby helped ensure the inclusion of Pacific teams in Super Rugby for the first time. 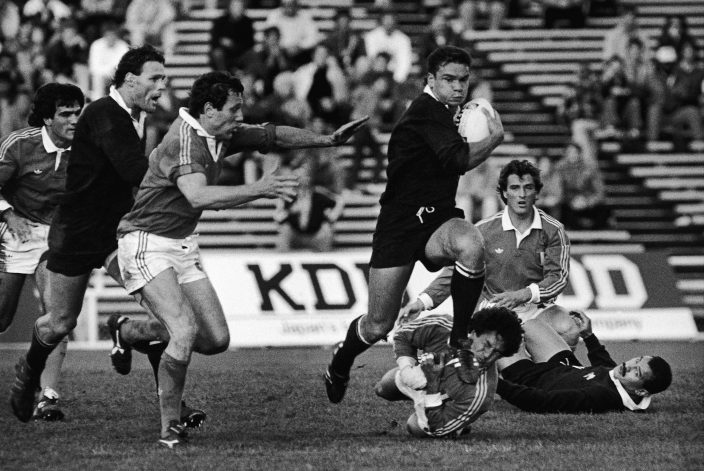 New Zealand Rugby still will require the teams to produce business plans which show they are financially and commercially sustainable and that they can be competitive on the field. Rugby Australia has also yet to signal its approval.

The announcement was made at a news conference Wednesday by New Zealand Rugby chief executive Mark Robinson along with Moana Pasifika representatives and former All Blacks Michael Jones and Bryan Williams.

“We are finalizing business plans as we’ve said already,” Robinson said. “We are conditional on that and obviously our friends at Rugby Australia, we have ongoing dialogue there that we will continue to participate in. It’s very constructive at the moment. We’re on the frontier of something extremely exciting for our competitions.”

Williams, who is of Samoan and Tongan heritage, was one of the first Pacific Island players to play for the All Blacks and later became president of New Zealand Rugby. Jones played one match for Samoa before transferring his allegiance to New Zealand for which he played 55 tests. Both are former Samoa coaches.

Williams and Jones have both long campaigned for a Pacific team in Super Rugby and couldn’t contain their excitement at Wednesday’s announcement.

“It probably should have happened 25 years ago,” Williams said. “But World Rugby needed to look after its own affairs and aspirations and as a result we got left out in the cold. It was hugely disappointing at the time but here we are.“

The proposed 12-team Super Rugby tournament will still depend on future COVID-19 border restrictions. A “travel bubble” shortly will exist between New Zealand and Australia, allowing a competition between Super Rugby teams from both countries later this year. But the Pacific remains outside the bubble which meant Fiji Drua representatives could not attend Wednesday’s media conference.

Robinson said New Zealand was consulting with Rugby Australia on a wide range of issues related to the proposed Super Rugby tournament and the inclusion of the Pacific teams was one element of those discussions.

“In principle they share our excitement and optimism about this opportunity, but like us also they want to make sure we have absolute detail about the financial model we’re looking at and some of the things we talked about like competitive balance,” he said.

Fiji, Samoa and Tonga hope the Pacific teams will lure home players currently playing in Britain, Europe and Japan. But it seems unlikely the Super Rugby teams will be able to match the salaries paid to top Pacific players overseas.

Jones said the inclusion of Pacific teams in Super Rugby will be received with excitement by Pacific communities.

“It will bring a lot of joy, a lot of hope and I think a sense of belief that something that has been a long-held dream and aspiration . . . we’re on the cusp of that coming to fruition,” he said. “Pacific people love rugby, it’s in their DNA, it’s part of their culture and who they are and part of the fabric of their society.

“So I think they will see this as potentially something that will stimulate the game and will raise up generations and allow them to engage in something that’s really good for them as young men and women. You can’t underestimate this.”