Deandre Ayton had 19 points and 13 rebounds and the Phoenix Suns got 65 points from their bench on the way to a 106-86 victory over the Miami Heat on Tuesday night.

Cam Payne banked a layup high off the glass with less than a second left to give the Suns an 83-72 lead heading into the fourth. It was part of a big night for the Suns' reserves, which was the biggest reason they were able to slowly pull away from the Heat in the second half. 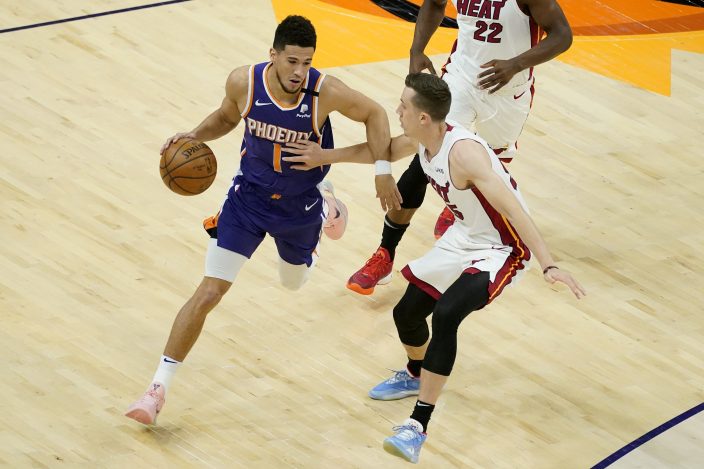 Booker finished with 12 points and Paul had five points and nine assists. 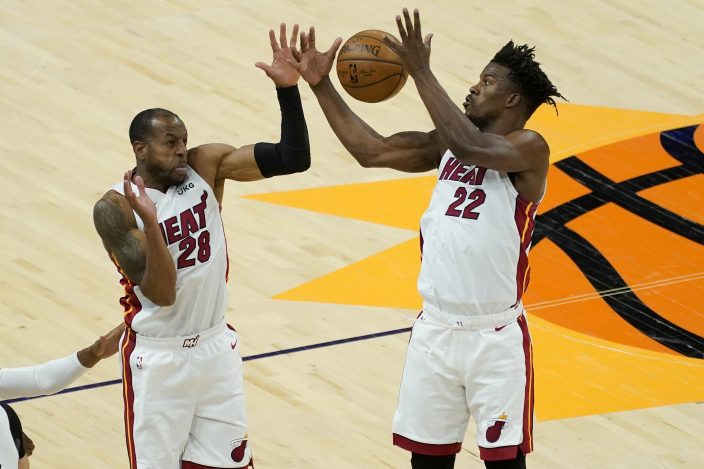 Miami Heat forward Jimmy Butler (22) and forward Andre Iguodala (28) reach for the rebound during the first half of an NBA basketball game against the Phoenix Suns, Tuesday, April 13, 2021, in Phoenix. (AP PhotoMatt York)

Miami had an even worse night from beyond the arc, making just 9 of 44 (20.5%). Jimmy Butler led the Heat with 18 points and Duncan Robinson added 15.

The Heat jumped out to a 34-26 lead at the end of the first quarter after leading by as many as 13. The Suns fought back quickly and Paul hit a 3-pointer to tie it at 42-all with 8:18 left in the second. Phoenix pushed ahead 56-50 by halftime.

Ayton led the Suns with 11 points and six rebounds before the break. Ariza and Dragic each scored 10 for the Heat. 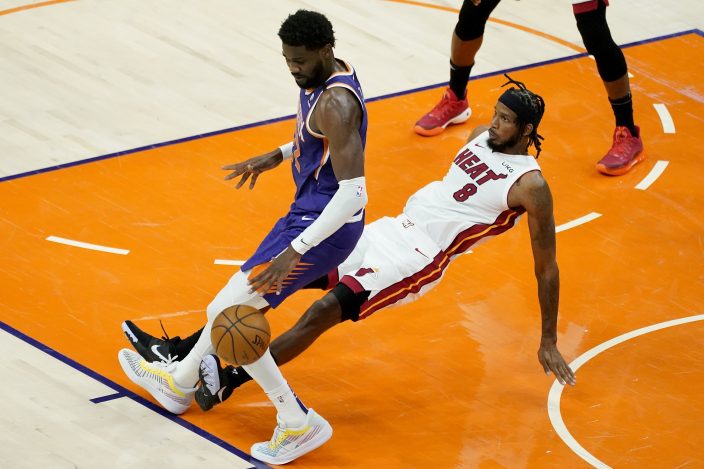 Paul had two steals against the Heat, including one in the fourth quarter that was the 2,310th of his career. That puts him in a tie for No. 5 on the all-time list with Maurice Cheeks.

Paul still has a way to go for the top spot. That's held by John Stockton who had 3,265, which is nearly 600 more than anyone else in NBA history. 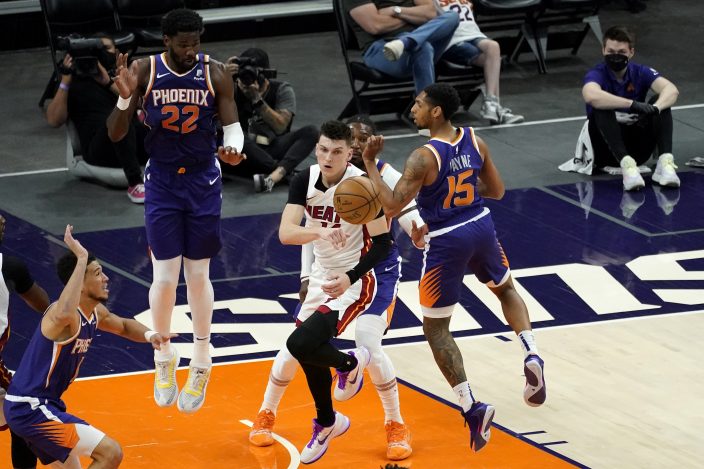 Butler was down for a couple minutes early in the fourth quarter when he landed on Jevon Carter's foot after taking a jumper and twisted his right ankle. He eventually returned to the game and finished 6 of 16 from the field. He also had eight assists.

Heat: Travel to face the Denver Nuggets on Wednesday.