Jayson Tatum scored 32 points, including a key 3-pointer in the final moments, and the Boston Celtics held off the Portland Trail Blazers 116-115 on Tuesday night to extend their winning streak to four straight games.

Jaylen Brown added 24 points and Kemba Walker had 21 for Boston, winners of six of their last seven games.

Damian Lillard had 28 points and 10 assists, and Carmelo Anthony had 25 points off the bench for Portland. 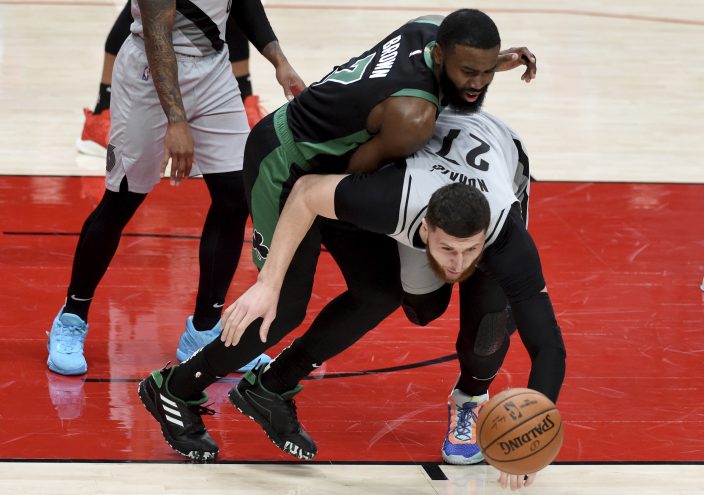 Tatum's 3-pointer early in the final quarter put the Celtics up 99-91, their biggest lead of the game to that point. Anthony closed the gap for Portland with a jumper and a 3-pointer.

It appeared as if the Celtics were pulling away when Walker's 3 put Boston up 107-99 with just over five minutes left, but Lillard's 3-pointer got Portland within five points. 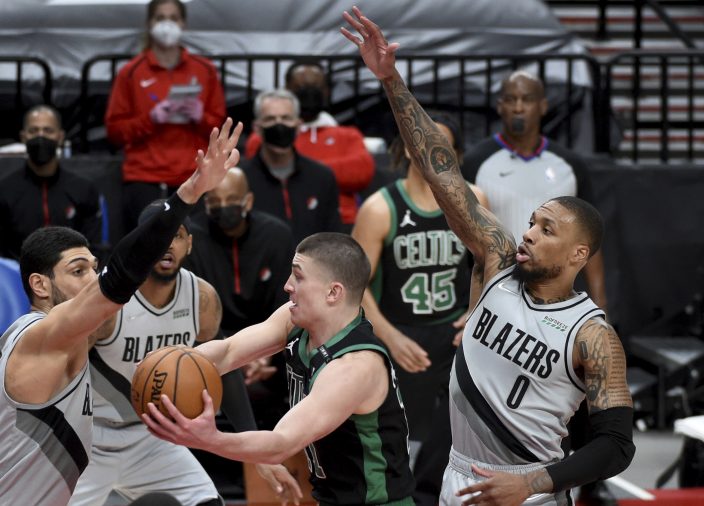 Tatum made a pair of free throws before a step-back 3-pointer with 8.5 seconds appeared to seal it. Norman Powell hit a 3 for the Blazers with 5.4 seconds to go to close within 116-115, but Portland couldn't catch up.

Tatum, who scored a career-high 53 points in a win last Friday over Minnesota and earned player of the week honors, scored 17 of his points in the third quarter.

The Blazers have lost five of their last seven games.

Portland took a 37-28 lead midway through the opening half after Anthony's 3-pointer. But Tatum's 3 pulled the Celtics into a tie at 47, and Boston extended the lead to 55-49 on another 3 from Marcus Smart.

After Portland led at 60-57 at the half, it was tight throughout most of the third quarter. Tatum's 3 put Boston ahead 82-80, but Anthony answered with a jumper for Portland before Enes Kanter added a rim-shaking dunk and free throw against his former team.

The Blazers' lead was short-lived and Boston went into the final quarter with a 92-87 advantage.

The Celtics were coming off a 105-87 victory over the Nuggets on Sunday that snapped Denver's eight-game winning streak.

Celtics rookie guard Payton Pritchard grew up in the Portland area and played for Oregon. But because of coronavirus restrictions, his families and friend could not attend his first NBA game at the Moda Center.

Celtics: Guard Evan Fournier missed his fifth straight game because of health and safety protocols. He was not with the team. ... The Celtics won both games against the Blazers last season.

Trail Blazers: The Blazers visit the Celtics on May 2 to complete the season series. ... The Blazers were coming off a 107-98 loss to the Miami Heat.

The Celtics visit the Denver Nuggets on Thursday to wrap up their three-game trip.