Former Zimbabwe captain Heath Streak was banned for eight years Wednesday for breaching cricket's anti-corruption code while he was coach of his country’s national team and an assistant coach in the Indian Premier League and other domestic competitions.

The ban relates to Streak's communication for more than a year with an Indian man who sought inside information for the purposes of betting. The man, identified only as “Mr. X,” rewarded Streak with gifts like two Bitcoins, which Streak sold for $35,000, and a new iPhone for his wife, according to the disciplinary decision released by the International Cricket Council.

The 47-year-old Streak admitted to five charges, the ICC said. He disclosed inside information that might have been used for betting, failed to disclose gifts he received, facilitated the introduction of Mr. X to players, failed to report the approaches to the ICC's anti-corruption unit, and obstructed an investigation into his conduct. 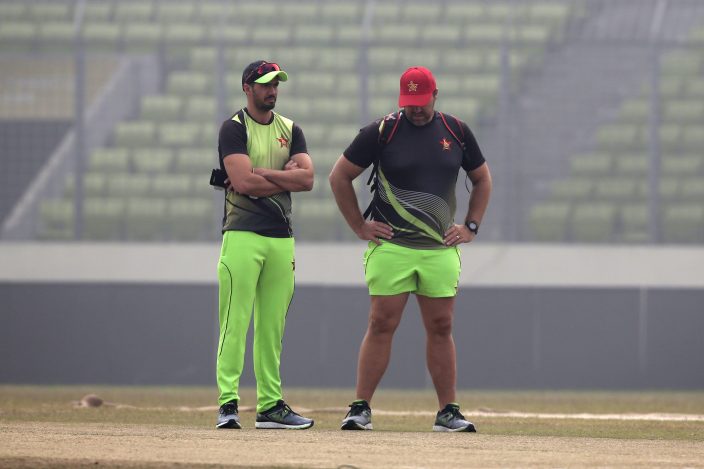 Streak, a former fast bowler, was one of Zimbabwe's greatest players and the first from his country to take 100 test wickets. He played 65 tests for Zimbabwe and also had successful spells in England with Hampshire and Warwickshire.

He was coach of his country on two occasions, from 2009-13 and again from 2016-18. He coached Bangladesh from 2014-16 and also worked as bowling coach for Kolkata Knight Riders in the 2018 IPL and for Kabul Zwanan in the 2018 Afghanistan Premier League.

The ICC insisted Streak's actions ultimately “did not affect the outcomes of any relevant matches.”

“As a former captain and coach, he held a position of trust and owed a duty to uphold the integrity of the game," said Alex Marshall, the general manager of the ICC's Integrity Unit. “He breached the code on several occasions, including facilitating the approach of four other players. At times, he also sought to obstruct and delay our investigation.”

Streak began communicating with Mr. X via WhatsApp in late 2017. Over the course of 15 months, Mr. X asked Streak ”to provide him with various information in relation to tournaments and matches he was involved with," the ICC said.

Streak also provided Mr. X with the contact details of numerous players, including one who was a national team captain, when he knew or should have known that the businessman would approach them for inside information, the ICC said. The players were not named but in the correspondence, Mr. X told Streak they could “make good money.”

Streak also colluded with Mr. X to try to cover up his actions after he was informed by the ICC that he was under investigation and would be interviewed.

Streak admitted to the charges last month and waived his right to a hearing.