Last year: The spring race was canceled because of the pandemic and Brad Keselowski won after starting ninth in the fall. 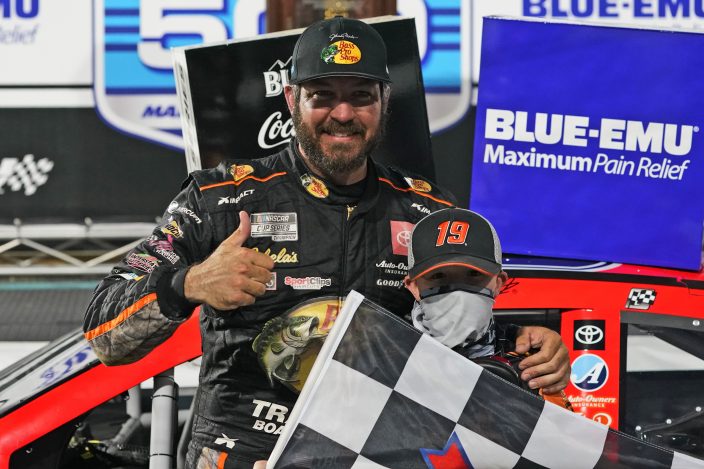 Last race: Martin Truex Jr. passed teammate Denny Hamlin with 15 laps to go at Martinsville and became the first repeat winner in the series this year.

Fast facts: Consistent but winless Hamlin remains the points leader, 76 over Truex thanks to seven top-five finishes in eight races. Joey Logano is third, 77 points behind, followed by Kyle Larson and Ryan Blaney. ... Truex won both races on the 0.75-mile oval in 2019. ... Keselowski dropped from fifth to ninth in the points race after he got caught up in a 14-car pileup that ended his day early at Martinsville. ... Hamlin led 276 laps at Martinsville and leads all drivers with 487 through eight races. ... Kyle Busch leads active drivers with six wins at Richmond. 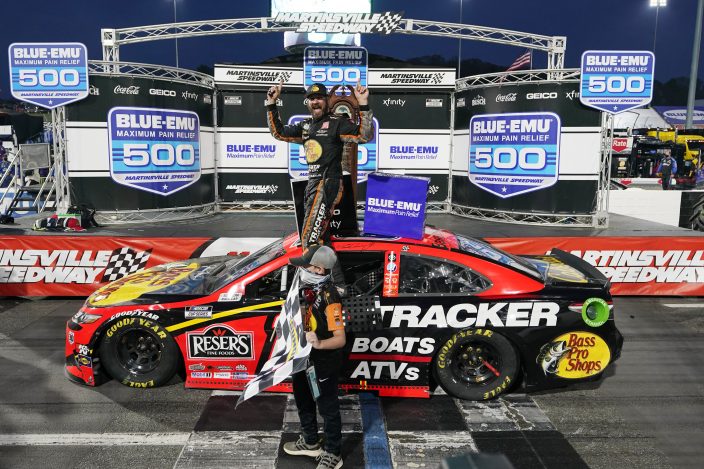 Last year: The series tried to return after a 14-year absence last spring, but the race was moved to the fall because of the pandemic and Grant Enfinger won after starting fifth.

Last race: Martin Truex Jr. led 105 of 150 laps in his first start in the series since 2006 and won on the dirt at Bristol, his first series victory in just his third start.

Fast facts: John Hunter Nemechek, who drives for Kyle Busch, is the series points leader with four top 10 finishes in five races. ... Ben Rhodes, the winner of the season’s first two events, is just six points back and 2020 champion Sheldon Creed is next with three-time series champion Matt Crafton fourth. ... Enfinger's victory last year was one of four for him in the season, second to Creed in the series. ... Toyotas have won all five races so far.

Next race: May 1, Kansas City, Kansas.

Next race: May 2, Portimao, Portugal.

Last year: Race was not held because of the pandemic.

Fast facts: Jimmie Johnson, 45, a seven-time NASCAR Cup Series champion and winner of 83 races on NASCAR's premier circuit, makes his debut as a rookie in the IndyCar Series debut race.