Bo Bichette homered twice, including a game-ending drive leading off the ninth inning that lifted the Toronto Blue Jays over the New York Yankees 5-4 on Wednesday.

Bichette drove a pitch from Chad Green (0-2) the opposite way to right-center field as Toronto took two of three.

Alejandro Kirk also homered for the Blue Jays. Rafael Dolis (1-0) worked the ninth to get the win. 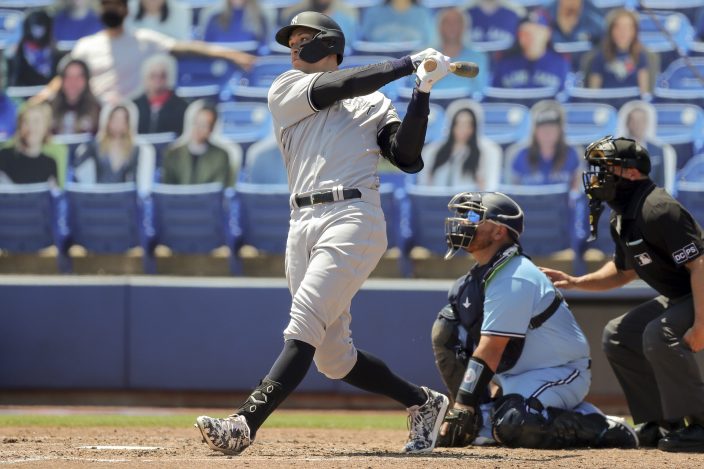 Toronto went 3-3 with one rainout in its first regular-season homestand at TD Ballpark, its spring training home.

The Blue Jays are playing their first three homestands through May in Florida because of COVID-19 restrictions in Canada. The team used its Triple-A stadium in Buffalo, New York, as a home base last year and could return there later this season. 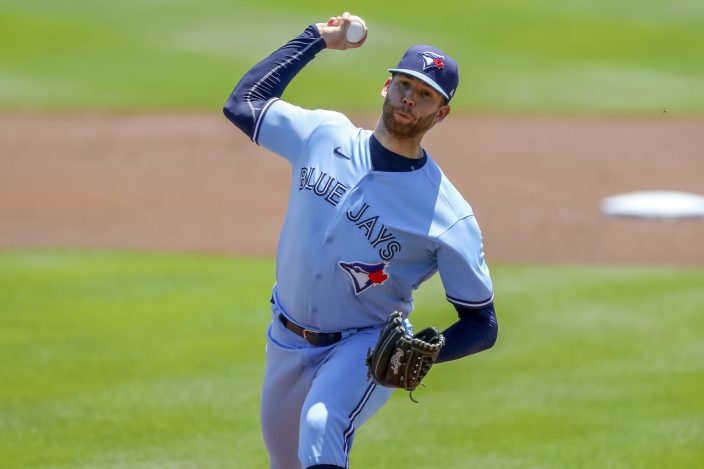 Judge drove in the Yankees' first run during the first inning this season on a solo homer off T.J. Zeuch. They were the last big league team to score in the first.

Judge's second homer and a two-run single by Gio Urshela gave New York a 4-3 advantage in the fourth.

Kirk hit a two-run shot in the second and Bichette connected on a third-inning solo drive off Corey Kluber that put the Blue Jays up 3-1. 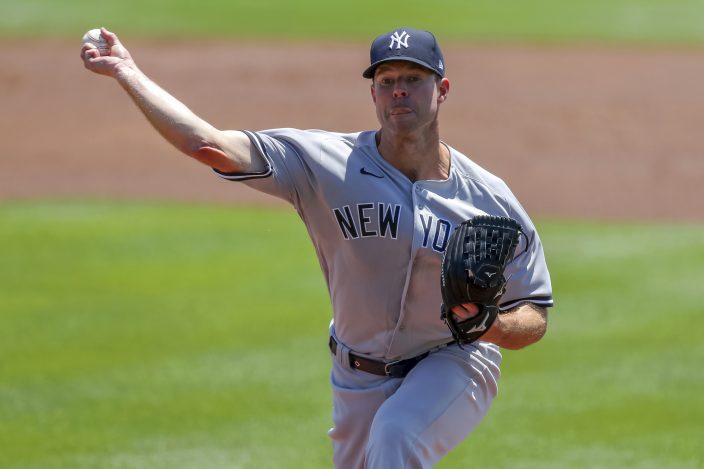 Bichette tied his career high with an 11-game hitting streak. He had three hits and also stole a base.

Toronto had Cavan Biggio tagged out to end the fifth when he overran third base on a triple. The Blue Jays loaded the bases with no outs the next inning, but scored just once on a wild pitch.

Kluber, making his third start after being limited to one inning from May 2019 until this season by right forearm and shoulder injuries, allowed three runs and six hits in four innings.

Zeuch gave up four runs and four hits in four innings. He filled in for Ross Stripling, who was scratched due to right forearm tightness.

COLE AND THE QUESTION MARKS

The rotation behind Yankees ace Gerrit Cole was a concern entering the season and the overall numbers of the other starters have been suspect. They have a combined record of 1-4, and have allowed 28 runs and 48 hits over 36 2/3 innings in nine outings. Cole is 2-0 in three starts. He has given up three runs and 12 hits in 18 1/3 innings.

Yankees: New York has not announced its starting pitcher but options include RHPs Michael King and Deivi García for Friday night's game against Tampa Bay.